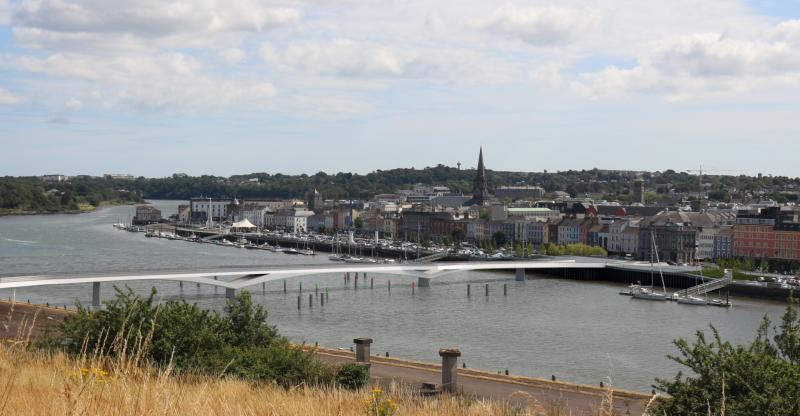 Waterford City and County Council has said today that the main construction contract for the Waterford North Quays Infrastructure has progressed to final procurement stage.

All short listed / qualified applicants have been invited to proceed to stage 2 works tender, with tenders expected to be returned in Q1 2022 with construction planned to commence in Q4 2022.

·         1.3km of urban dual carriageway and local road upgrades in the Ferrybank area, together with significant junction improvements for pedestrians, cyclists and motorists;

·         a 207m long pedestrian, cycle and public transport bridge across the River Suir, with an opening span to accommodate river traffic;

·         the creation of a plaza on the south side of the river to connect the new bridge to the existing city centre; and

·         provision of a new Greenway from Abbey Bridge that connects with the South East Greenway from New Ross that is currently under construction.

The contract will be funded through the Urban Regional Development Fund (URDF) and the National Transport Authority’s Sustainable Transport Measures Grant (STMG), whom collectively are providing over €110m in funding to Waterford City and County Council for the North Quays development.  Waterford City and County Council is continuing to work towards getting full and final approval from Government for the access infrastructure by June 2022.

In addition to the main contract works there are a number of enabling contracts associated with the North Quays development.  Works already complete include the clearance of vegetation from the cliff face at Plunkett station, the diversion of services and the demolition of several large properties in the Ferrybank area.

Two further enabling contracts, to relocate and upgrade a foul and surface water pumping station and to divert services on the South Quays for the bridge landing are at contract appointment stage.  The tender for the rock engineering works to stabilise the cliffs at the existing Plunkett station was recently advertised on etenders, and the final enabling contract to divert the existing drainage systems in the Ferrybank area to the new pumping station is at advanced design stage and will be advertised on etenders in the coming weeks.

The last piece of infrastructure to progress is flood defence works to the west of Plunkett Station.  A planning application for these works was recently submitted to An Bord Pleanála, the plans and particulars are currently on public display in Waterford and Kilkenny Council offices and can also be viewed and downloaded online via the following link: http://waterfordcouncil.ie/ projects/public-consultations/ index.htm.

If planning is confirmed it is anticipated the tender process for this element of the project will commence in Q1 2023.

“We are pleased that the construction contract has progressed to the final stage," said Michael Walsh, Chief Executive, Waterford City and County Council.

"These key works to connect the North and South sides of Waterford City offers the opportunity to develop a sustainable and exemplary city centre and regional development, while facilitating the natural expansion of the City to the North side.”

“Warranted by its growing role as Ireland’s south eastern regional capital, Waterford is well placed to implement a zero carbon, socially inclusive and environmentally astute mixed use real estate development on the North Quays as a catalyst for future development.”