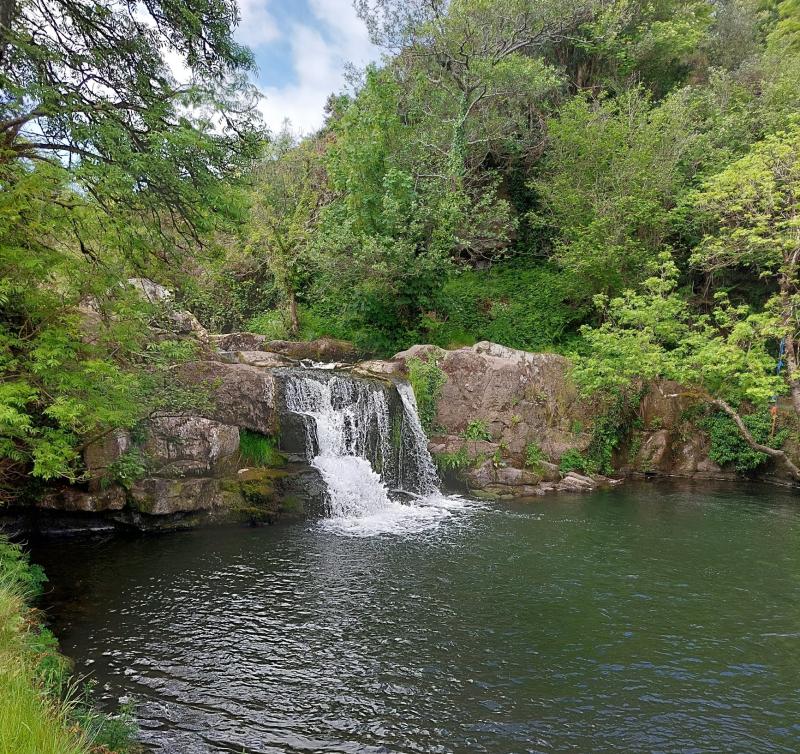 Area engineer of the Piltown Municipal District Stan Cullen introduced the attendees - local representatives, officials of Kilkenny County Council, representatives of the consultants and contractor for the project as well as people from Mullinavat and householders from lands close to the carpark and walk-way.

The speakers at the unveiling of a plaque to mark the opening, Cllr Doherty, Cllr Pat Dunphy, Chairman of Piltown Municipal District and local councillor Éamon Aylward all spoke of the waterfall as being a special place which was enjoyed as an amenity by the people of Mullinavat and South Kilkenny. 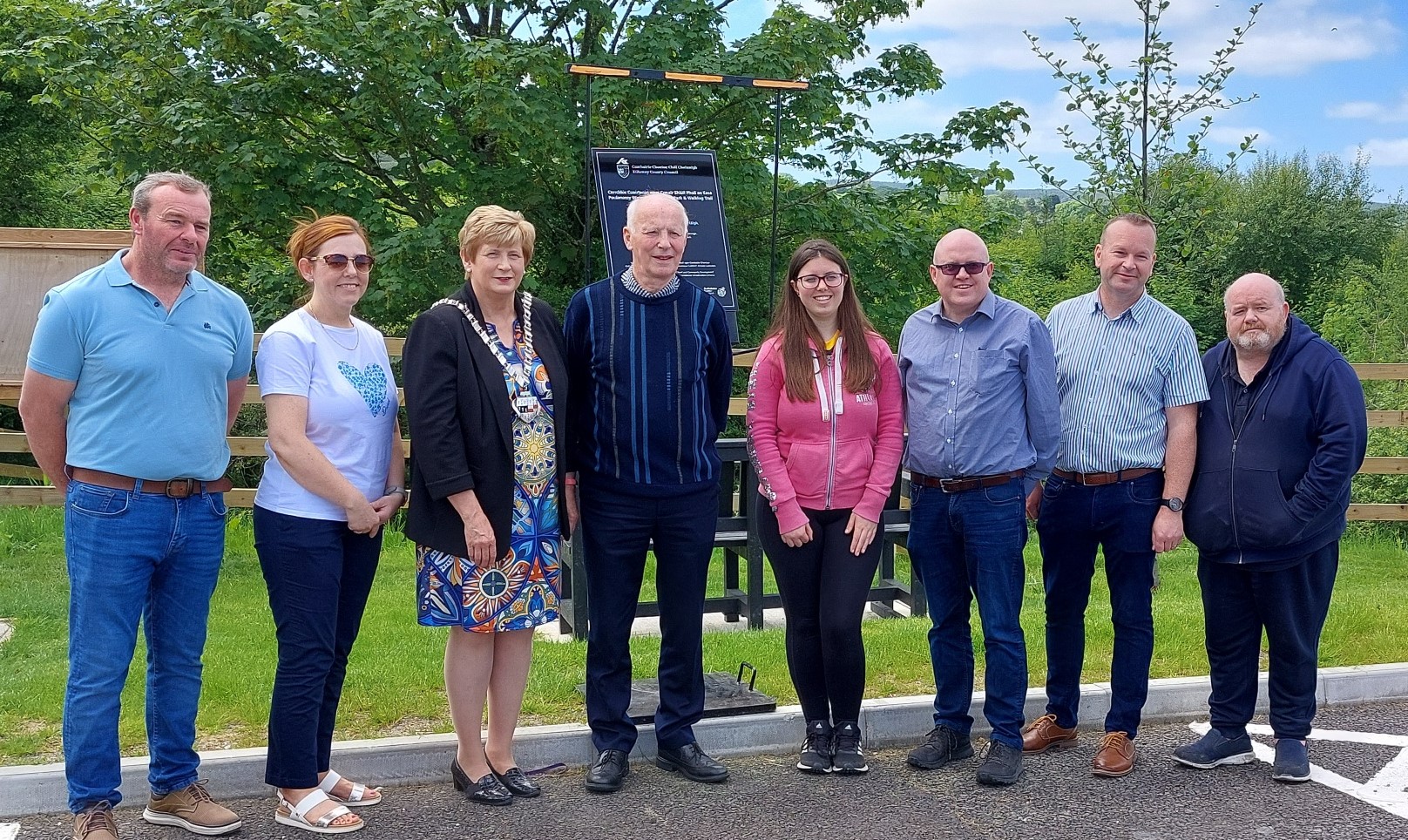 Visitors to the area were asked to be mindful of the peace and tranquillity which always prevailed at Poulanassy, to be always safety aware  and to respect the natural beauty of the area.

They paid tribute to Ian Gardner (former area engineer) and to Stan Cullen for overseeing the work, to the consultant and contractor and to the local landowners and people living locally for their cooperation with the works.

The provision of a carpark will greatly enhance the safety of everyone, those visiting the area, other road users and local residents. Following the ceremony tea and refreshments were served in the Rising Sun.