As the sun was going down over a rural graveyard in South Kilkenny a special ceremony was held to remember a local man who died of his wounds in World War 1.
Martin Geoghegan was from Graignamanagh and, recently, three generations of his descendants gathered to remember their grandfather and great grandfather exactly 105 years after he died.

Scroll down to read on, click 'NEXT' to see more photographs. 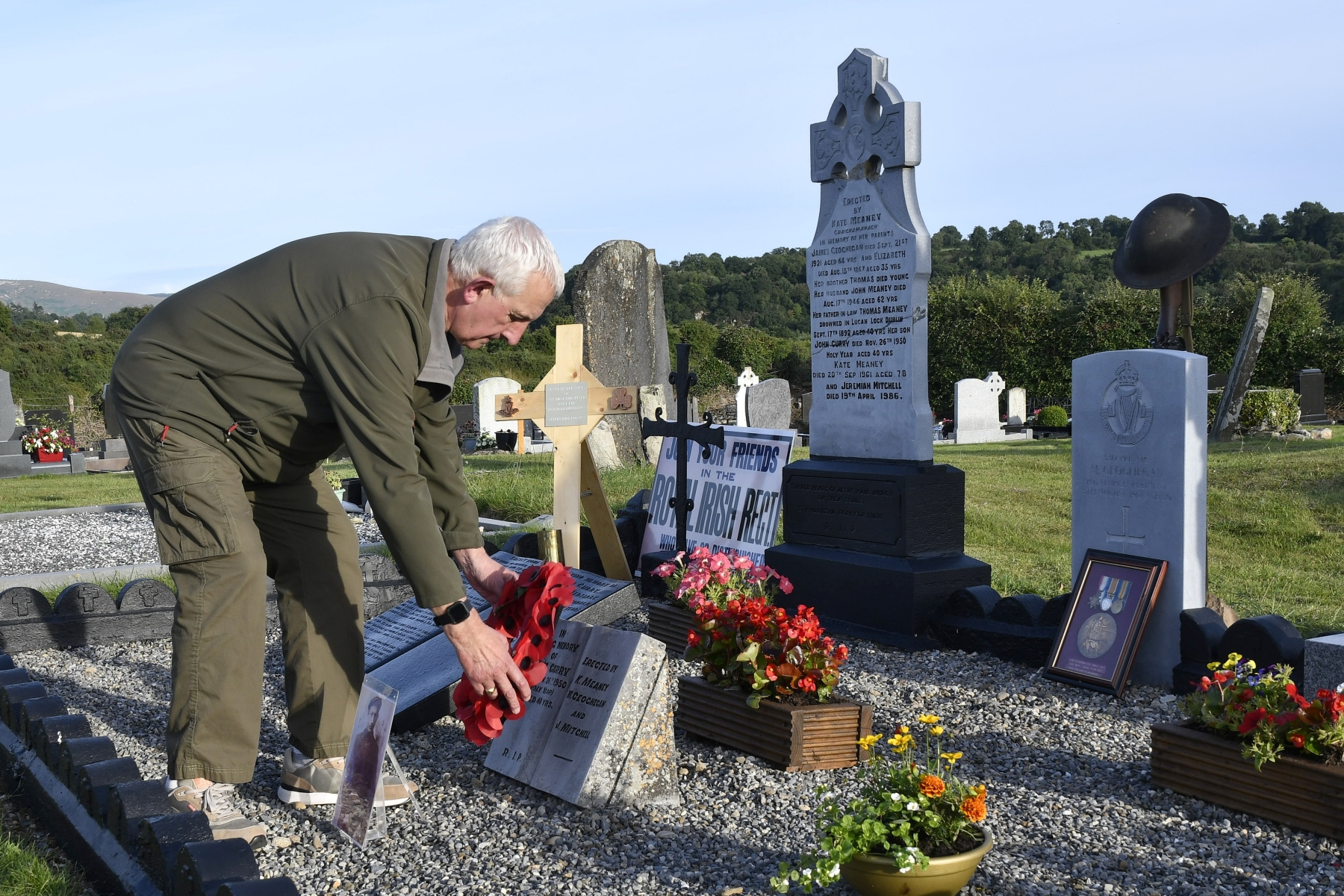 ABOVE: Simon Geoghegan laying a poppy wreath on the grave of his grandfather Private Martin Geoghegan. All pictures: Harry Reid

Private Martin Geoghegan was shot during the Battle of Messines in June 1917. He died of his injuries a few weeks later, leaving behind a wife and six small children in Graignamanagh. He was aged just 30.
Buried in the family plot at St Michael’s Cemetery in Tinnahinch, Martin was always remembered by his family. However, it was during some family history research by this generation that it was discovered the date of birth on Martin’s headstone had been wrong for more than 100 years.

Simon Geoghegan, Martin’s grandson, made it his mission to correct the error in the military records and have a new gravestone erected in Tinnahinch.
That plan came to fruition, when Pte. Martin Geogheghan’s grave was rededicated in a moving ceremony, following the erection of a new gravestone by the Commonwealth War Graves Commission.

Led by Commandant Larry Scallan (retired), events began with the blowing of an original military whistle from 1916. It was a sound that would have been familiar to Pte Geoghegan and his Royal Irish Regiment colleagues, and for many was the last sound they heard as they went ‘over the top.’

A poppy wreath was placed on the grave by Simon, the flowers representing the sacrifice of all soldiers in World War 1. Martin’s great grandson son Tom (retired from the Irish Defence Forces), great great grandson Conor, and other family members also placed wreaths. Mary Ann Maher, secretary of the Royal Irish Regiment memorial group, read from ‘A Soldier’s Grave’ by war poet Francis Ledwidge. The ‘Rose of Mooncoin’ was played, then the lament ‘Highland Cathedral’ followed by a minute’s silence.
Tom Geoghegan read from the poem ‘For The Fallen’ and the national flag was raised by Simon Jnr. for the Last Post, played by members of the Graignamanagh Brass Band.