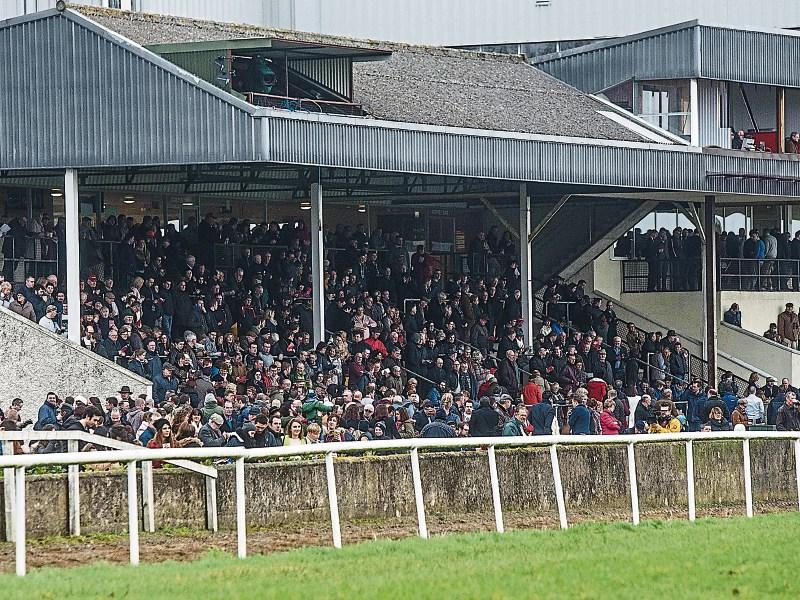 Gowran will host an additional day of flat racing following the decision taken at a meeting of the Board of Horse Racing Ireland to change the status of the Wexford track.

Since Wexford switched from being a right-handed to a left-handed course in April 2015, the consensus is that the racecourse has been much improved for staging National Hunt racing.

Going left-handed, the racecourse now has an uphill finish and the obstacles are better positioned than when it was a right-handed course.

The final two fences and hurdles are very well located in front of the stands, providing an exciting spectacle for racegoers, who are able to view the finish on a large screen directly opposite.

Although the National Hunt fixtures at Wexford have been successful, a much lower runner limit (of 10) has been in place for the Flat meetings held at Wexford (two last year and one in May this year).

Despite remedial work including improved cambering of the bends, which was undertaken over the last Winter, it has become clear, following discussions with the Turf Club, Irish Racehorse Trainers Association and Irish Jockeys Association, that the course will not be suitable for larger field sizes on the Flat.

The Board of HRI has therefore decided that Flat racing should be discontinued at Wexford, with the Flat race opportunities being provided at alternative racecourses which are able to accommodate higher numbers of runners.

The two remaining Flat fixtures scheduled for Wexford this year will be transferred to Gowran Park (Saturday, July 23) and Navan (Saturday, August 27) respectively.

As a National Hunt-only venue, Wexford will continue to stage its existing annual allocation of 11 fixtures in 2017.

The three current Flat fixtures will become National Hunt fixtures, which will require some changes of code to meetings at other racecourses, while Wexford’s racing calendar may also need to be altered slightly.

The Wexford racecourse management have been fully consulted in the decision making process and are supportive of the change to become a National Hunt only venue, believing that the improved, left-handed circuit will enable them to upgrade the quality of their jumps programme over time.

Ten riders went to post in this eight furlong race for amateur riders in a bid to raise valuable funds for the Irish Injured Jockeys.

Originally from Millstreet in Cork, but now living in Kilkenny, Neil only started riding a few months ago and had in fact never ridden in a race before.

“Usually I spend my time sitting at a desk, but for the last few months I’ve been getting up a 6am and riding out for John Hanlon,” he explained.

“I’m really grateful to the ‘Dunk Again Syndicate’ for letting me ride in the race and hope people will continue to donate to the race series and raise as much as we can for Irish Injured Jockeys.”

When asked if he had a strategy for the race he laughed: “John said just steal a few lengths at the start, so I did! The pace was really quick, I heard them coming behind me but I knew he just had another gear so I gave him a tip and on he went. Brilliant ride!”

Everyone came home safely and the atmosphere was electric for the riders, families, trainers and owners present.

Each rider has to raise a minimum of €10,000 to ride in the series and donations are still coming in and are most welcome.

“This is going to be the most challenging and exciting race series with the next leg on Sunday, July 17 at the Curragh racecourse, 12 furlongs over the Dubai Duty Free Irish Derby course.

“Their challenge now is to maintain their fitness, drive and commitment over the next five months, until the final race on Sunday, October 23, Killuvullan Stakes Day at Leopardstown racecourse, with a distance of 10 furlongs over the QIPCO Irish Champion Stakes course, when the top rider will be honoured,” he added.

Joseph O’Brien marked the beginning of his fully-fledged training career in some style as he recorded four winners at Gowran Park and Listowel on Bank Holiday Monday.

O’Brien had a dream start when Justice Frederick won the EBF Maiden at Gowran Park, doubling his tally when Mai Fitzs Jack romped to victory in the John B Keane Maiden Hurdle at Listowel.

It was back to Gowran for the third win, where brother Donnacha guided Zig Zag to victory in the Golf Club Handicap. The family affair was complete when Joseph’s sister Sarah and Oathkeeper scooped the bumper at Listowel.

The former dual Irish champion and multiple Group 1-winning jockey, who has been in charge of many of his father Aidan’s horses based at Owning, County Kilkenny, for a year, has a team of approximately 80 horses in his care as he embarks officially on his new role.

While Joseph did not become a fully-fledged trainer until Monday he was the one who had King Leon and Carriganog perfectly prepared for the McHale Mayo National as they fought out a thrilling finish.

It was King Leon and Mark Walsh who found reserves close home to deny Barry Geraghty, who had chosen Carriganog, by a length and a half with six lengths back to Yes Tom in third.

The Midlands National at Kilbeggan could now be on the agenda for both King Leon and Carriganog.

The rest of the card was dominated by Gordon Elliott who helped himself to a treble.

Carrig Cathal got the ball rolling for this year’s Gold Cup-winning trainer as Jack Kennedy guided the 8-1 chance to a comfortable 12-length win in the 2m4f maiden hurdle.

Former Triumph Hurdle hero Tiger Roll then landed a substantial gamble in the 2m1f beginners chase. Both of those were ridden to victory by Dingle teenage riding sensation Jack Kennedy who was making the most of Bryan Cooper’s absence through injury.

Nina Carberry completed Elliott’s hat-trick in the concluding bumper on Sanibel Island, who sent punters home happy by justifying 6-4 favouritism. The son of Scorpion was also the second leg of a double for proud Mayo man Tom Doran, who is best known for his exploits with former Cheltenham winner Doran’s Pride.

Last year’s Galway Plate fifth Shanpallas is set for another crack at one of the most prestigious prizes in Irish racing according to Charles Byrnes after he warmed up with a win in the 2m4f handicap hurdle under Barry Geraghty.

There was a shock in the opening 2m novice hurdle as 25-1 outsider Bitview Colin outfought Delegate by half-a-length under Danny Mullins. The 2m7f handicap hurdle went the way of Just Likeold Times for Jonathan Moore and Paul Nolan.