Hurling 2020: Martin Fogarty has a clear vision for the future development of hurling for clubs and counties in Ireland 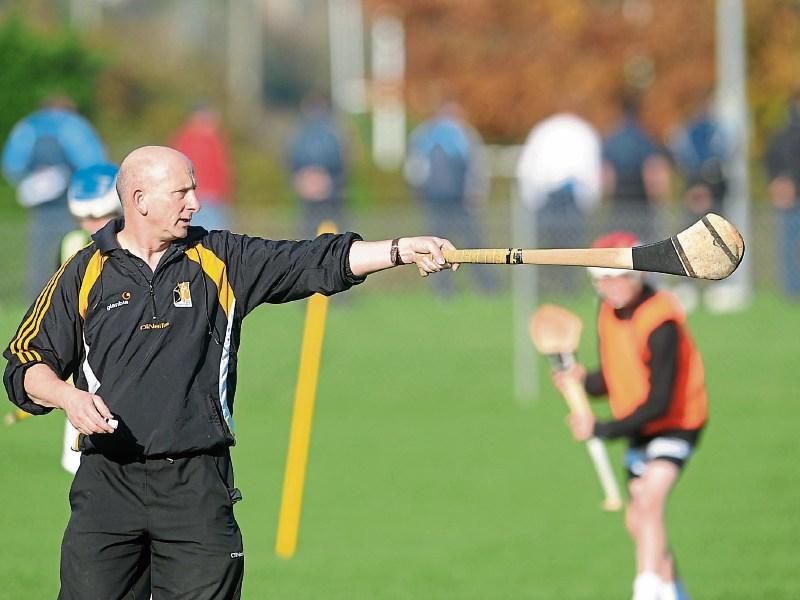 The position of National Hurling Development Manager is a newly established role in the GAA.

The chosen one for the job, Castlecomer’s Martin Fogarty has set the goal of getting as many people as possible to sample the delights of the ancient game.

“In some places it shouldn’t be about winning, initially,” insisted Mr Fogarty, who will take up the appointment shortly after retiring from teaching having served for 38 years.

“It is about people hurling at some level. That level for some people might be only pucking a ball around. That is hurling.

“To me, when you drive through places and you see people out playing in a garden or on a green having a few shots, that is hurling. That is where it starts.

“The other end of it then is Croke Park in September, but that’s not what this is about really. It is about getting people promoting and playing the game.”

Mr Fogarty, father of county star, Conor, has a hurling background second to none. He was a loyal player, coach, manager and officer with his beloved Erin’s Own (Castlecomer).

He was a selector with Kilkenny manager, Brian Cody, on the senior teams from 2005 to 2013, during which the county won six All-Ireland titles.

The establishment of the new role was one of the recommendations of the Hurling 2020 Committee, appointed by then GAA President Liam O’Neill (Laois) and chaired by former Tipperary All-Ireland winning manager and player, Liam Sheedy.

The role will involve working towards the delivery of the Hurling 2020 Committee report findings, a review of county games programmes for club players, and devising other activities and initiatives with the aim of maximising participation across all levels of the game.

It will also include specific responsibility for the development of hurling in five counties (Westmeath, Carlow, Offaly, Laois and Antrim), and consideration of the restoration of a mentoring programme in designated counties.

Mr Fogarty will work mainly out of his home in Castlecomer, but also Croke Park.

With a teaching background that saw him serve in Finglas, Dublin (18 months) and Castlecomer (18 months) before being appointed to Firoda where he was Principal for 35 years, he joked that the old and new roles might not be worlds apart.

The remit this time, however, is countrywide, all 32 counties. Needs vary. Some counties are flying and don’t need any assistance, he felt. Others have a greater need.

Does he work with County Boards, coaches, clubs or what?

“It is very broad at the moment,” he replied. “There are a fair amount of initiatives up and running in hurling circles. It will be a matter of giving help anywhere I can.

“A lot of the initiatives are running smoothly, so there is no need to fix what is not broken.”

The early months will be given over to reviewing what is going on where, helping out if he can, with the long term goal of putting a co-ordinated hurling development plan in place.

Counties may then be categorised, put into tiers in terms of development.

“Again,” he continued, “it all depends. I would be big into listening to what people are saying and how they are thinking; what they think their own needs are. I wouldn’t be one to push anything down anyone’s neck.

“In certain areas people would be looking to develop hurling. You can only go in and help where people are looking for help.”

A one hat fits all approach won’t work, he insisted.

Kilkenny, for example, would have few needs, he suggested. The needs of the stronger counties would be few.

“At the same time you might have pockets in a county that might have needs,” he corrected.

Some counties not in the recognised top tier were doing brilliant work, he insisted. In such cases it would only be a matter of supporting their efforts, helping to encourage a concentration on hurling.

Every county and club was different, he said.

“If you take Kilkenny, Carlow, Laois, the needs are hugely different,” he continued.

He said it wouldn’t be possible to work with every individual club in counties, simply because the numbers would be too great. Clubs could be grouped for coaching work, however.

“If groups want to pull together we could do a bit of work that way,” Mr Fogarty explained. “If County Boards have particular needs and requests we will be there for them as well.”

The plan could be to take perhaps half a dozen clubs in a county or area, and if they wanted to upskill their coaches, a plan could be developed. There will be on and off field work with coaches.

He appreciated that there were counties who might need support with the structures of their games programmes. Such needs would be examined. In cases like that, other counties might have a good programme up and running, so they might be able to be adjusted to fit.

“It might not necessarily be me doing this work,” Mr Fogarty insisted.

“I wouldn’t be expert in anything. I would hope to be able to find people who have know how in particularly areas.”

It would be a ‘visit counties and feel the pulse’ approach. People from counties had been in contact already to outlined their needs, hopes, aspirations.

“We will try and see what we can do in a co-ordinated way,” he said.

Improving the programme of games in counties would be an important issue. Hurling, and a fair amount of it, had to be available for all age groups.

“Another county might feel they want to upskill their coaches,” Mr Fogarty went on.

“It is all about games and participation. You might have a county where there is not much going on, but there might be interest.

“I might try and get in there and get a hurling project going. It might be done through schools, clubs or whatever. The canvas is as broad as you want it. It will have to be narrowed down.”

The initial contact point in every county will have to be the officers of the County Boards, he felt. That was where his work started.

“It can evolve from there to clubs, and in the middle of all that then, you have county coaches,” he explained. “You work through people who have their finger on the pulse, who are working at the coalface.

“People whose county are not having success might think they are not doing things properly.

“There is no magic wand. I have found, even in clubs, where you would envy what they are doing, but yet they might not be sampling success. Success is based on a lot of things.”

Up For The Challenge

He said he was up for the challenge and it was an honour to get the opportunity, even if he had to largely shape the job himself.

“It is something I would be hugely interested in,” he insisted. “I have been around a good bit, mainly because of my involvement with Kilkenny over the years. It can be hugely rewarding if you are asked into a club or county, and your opinion is appreciated.

“I have been in places where I envy what is happening. I have been in Antrim in a number of clubs. The level they are operating at is tremendous. In Roscommon, the club St Dominic’s (Knockcroghery) is a credit to all. Their structures and games are brilliant.

“There are pockets in Carlow, Westmeath and Meath where a huge amount of hurling is being played. In virtually every parish in Laois hurling is big.”

Those counties might not be among the big trophy winners, but lots of clubs were still working hard promoting the game.

“As hard as club people anywhere,” Mr Fogarty insisted. “Such enthusiasm must be developed and encouraged.”