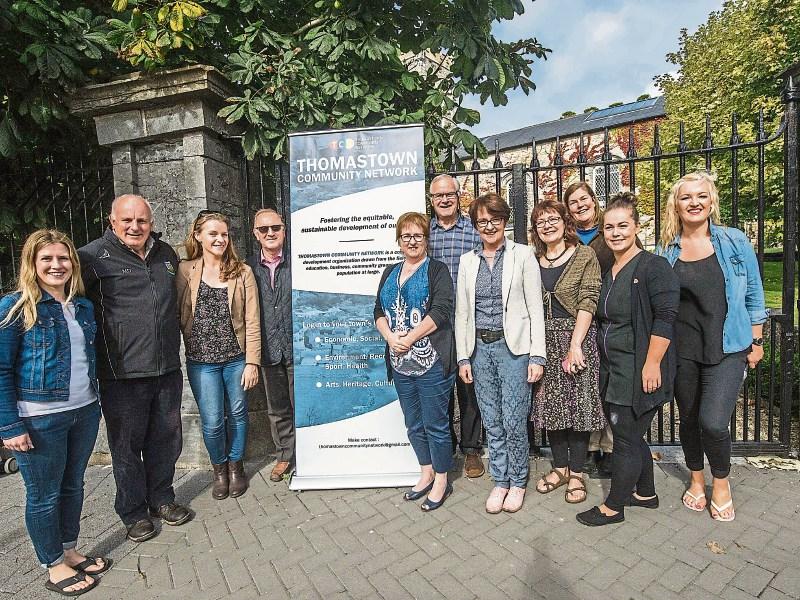 Thomastown, like many rural towns in Ireland, has been hit by the economic downturn and by natural flood disasters. In reaction, a group of residents decided it was time to say ‘Thomastown fights back’.

Thomastown Community Network will be officially launched at a public meeting next week, and all local people and organisations are invited.

The meeting will take place in Thomastown Community Hall at 8pm on Tuesday, September 27.

Thomastown, like many rural towns in Ireland, has been hit by the economic downturn and by natural flood disasters. In reaction, a group of residents decided it was time to say ‘Thomastown fights back’. They got together with the idea of setting up a body to identify areas of concern and potential, in order to develop the many vital aspects of the town – including economic, social, educational environmental, recreational, sport, health, heritage and cultural.

A steering committee was established for this new cross-community initiative. The committee aims to work for the betterment of Thomastown for everybody in it, with the purpose of bringing these ideas to a public meeting. This steering group included representatives from education, business and community groups of the town. Aims and objectives were defined and a constitution drafted. This was achieved with the assistance of Muintir na Tíre.

At next week’s meeting, the steering group will stand down, a new representative body will be elected, and a constitution adopted.

The steering committee says it is vital to the future development of Thomastown that all who have its best interests at heart should attend this meeting. ‘We look forward to seeing you there to play your part in Thomastown's future success,’ a spokesperson said.

The draft constitution is published on the website www.thomastowncommunitynetwork.com, and copies are available as PDF downloads there too.

The website also includes further information on the proposed Network. Anybody interested can also e-mail thomastowncommunitynetwork@gmail.com for further detail