Broaders was a real Dynamo! 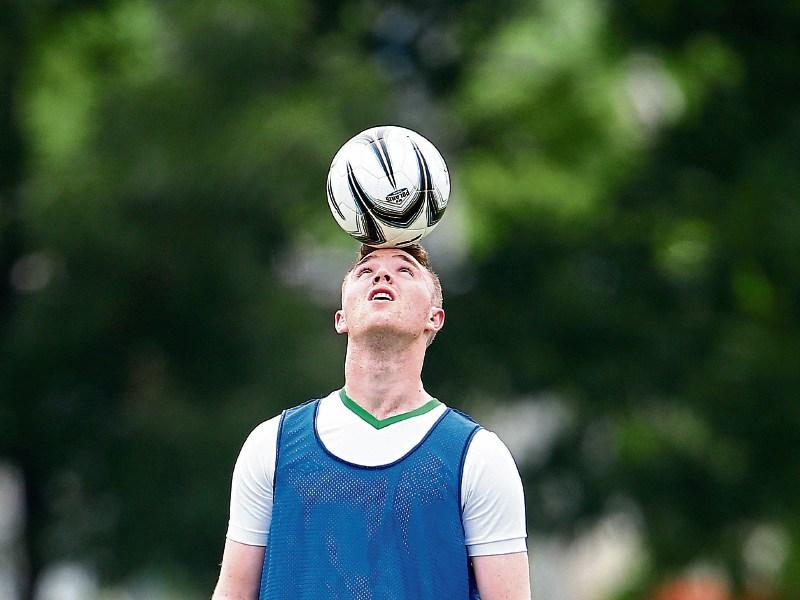 Dean Broaders was on the ball for Highview, netting four goals in their Leinster Junior Cup win.

Dean Broaders was the toast of Graignamanagh as he helped Highview Athletic leap into the next round of the Leinster Junior Cup.

A four-goal haul from one of their main men saw the Graig side made their trip to Dublin for a clash with Spartak Dynamo look easy.

Highview wasted little time in taking control of the tie, Broaders netting a ninth minute penalty after David Dunne was upended in the box. They had to wait a while for a second goal, but nabbed it when Broaders pounced on a loose ball 60 seconds from half-time.

With Broaders wrapping up his hat-trick before the hour mark, Highview all but sealed the win when Dunne bagged their fourth goal 10 minutes from the end. There was still time for Broaders to add a fourth before the end, completing a comprehensive win.

At home Evergreen A went top of the Premier Division with a 6-1 win over Stoneyford United. Sean Barcoe led the way with a brace for the defending champions, with Ciaran Snype, Conor English and Gerry Walsh also among the goals. Damien Raggett netted for Stoneyford, but suffered a metatarsal injury which will rule him out of action for a spell.

Thomastown United A remain unbeaten, but needed a Derek Brennan goal to reel in Evergreen B for a share of the spoils. David Roche was on target for the city side.

Deen Celtic A cemented their top spot in Division One with a 4-0 win over Thomastown United B. After a scoreless first half Johnny Dowling (penalty), Steven Daly and Richie Lynch and the returning Colin Phelan made it three wins from three for Celtic.

Fort Rangers were denied their first win of the season when Bridge United struck in injury-time to make it 2-2, while Newpark scored a 3-2 win away to the Lions.

In Division Two Brookville missed the chance to leapfrog leaders St John’s when they lost 4-2 to River Rangers. Although Brookville took an early lead Brendan Burke (2), Ben Hayes and Brian Callanan helped Rangers earn their first win of the season.

It was a good day also for Evergreen C, who scored their first win with a 6-2 success over St Ann’s. Pa Leahy led the way with a hat-trick, with Donal Brennan, Sean Lowry and Jack McAuliffe completed the win.

The draw has been made for the third round of the FAI Junior Cup. Of the five Kilkenny teams remaining, three have earned home ties.