Champs turn on style in second half 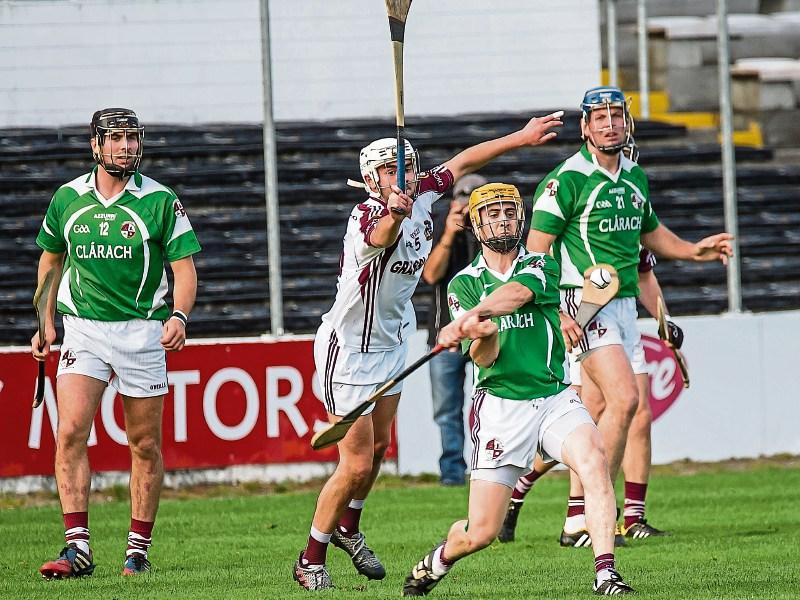 It wasn’t vintage Clara, but it was a fair enough effort all the same from the defending champions.

With 41 minutes gone in this senior hurling quarter-final in Nowlan Park on Sunday Dicksboro sneaked up on Clara’s shoulder at 0-10 each after shooting three points in-a-row.

What should have been an opportunity for the challengers was turned into an inspiration by clinical Clara, who simply clicked into a higher gear and produced their best hurling of the hour to bury the opposition.

The champions, who had been so-so up to this, reeled off 1-7 without reply during the following 11 minutes to not only make the semis, but to send out a clear message that they won’t be easily shifted off the throne.

Hugely influential sub Austin Murphy - he was the near game changer - created the opening for wing-back Neal Prendergast to shoot Clara back into the lead (0-11 to 0-10).

It was the 50th minute. The influential Austin Murphy drove in an angled ball from the right of midfield towards the town end goal. Bolger raced on to it ahead of his man, and made space before firing a terrific shot back across the ’keeper and into the net.

It was some score, not only in terms of the brilliance of the strike, but also in the effect it had on the contest. It was all over there and then!

The divide was suddenly 1-15 to 0-10. Before they knew what hit them Dicksboro lost further ground via minors from Jack Langton and James Nolan (1-17 to 0-10).

It had all been so different earlier. The game was error ridden from the off.

Apart from Lester Ryan, the ’Action Man’ of the piece, who dressed up a strong opening half showing with a spectacular point from a 60 metre sideline cut, few showed well.

Cillian Buckley for the ’Boro was an exception, as he lorded things almost unchallenged in the heart of the defence.

Clara took up the running in the 17th minute when Lester Ryan blasted over a point from midfield. Chris Bolger shot them 0-6 to 0-4 clear, but they were still at odds with their game.

The champions reached half-time 0-9 to 0-7 in front, but it was still anyone’s game.

The winners resumed with a minor from David Langton, after Jack Langton dug out good possession.

The next three scores fell to the ’Boro via Andrew Gaffney (2), who punished fouls on Kevin Kenny, and then Conor Doheny as they closed the gap for the fourth time in the game (0-10 each).

The scare did nothing more than inspire Clara, who suddenly found their ’A’ game, inspired by the brilliance of the Ryans’, Lester and Tom at centre-back, the classy Chris Bolger, Neal Prendergast, Ciarán Prendergast late in the game, and match changing sub, Austin Cleere.

Good stuff from the champions? Definitely!