Emfa - ah, those were the times they all agreed! 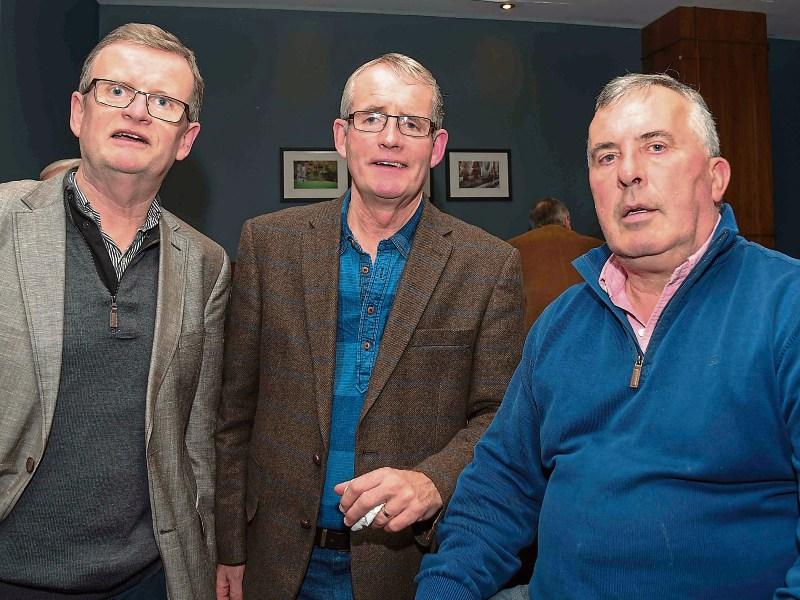 Pictured at the EMFA 50th Anniversary Reunion were John and Eamon Cleere and Peter Walsh.

The last of true-blue stock celebrated a 50 year milestone together at the weekend.

Former players, supporters and officers of Emfa AFC, a now defunct club that once dominated the local junior and under-age soccer scene, came together to renew and enjoy long standing friendships on the 50th anniversary of the founding of the club.

Emfa - EM from Emmett Street and FA from Fatima Place in the City - was a real force in Kilkenny soccer, winning seven youths cups, five youths leagues, five Premier Division titles and three McCalmont Cups, and more, during the ’Seventies and ’Eighties.

It all began at junior level in the season 1971/72 when the club won the then Division Two league.

It finished with a clean sweep of Premier League and McCalmont Cup victories in 1984 when the team went the full season without suffering a loss before entering League of Ireland football.

At Saturday’s get together in the Pembroke Hotel, Patrick Street, the man known as ‘Mr Emfa’, Jim Rhatigan was guest of honour.

He was chief among the inspiring figures who started the club, and he served as secretary throughout, even when the club was subsumed into national league side Kilkenny City in 1989.

Jim recalled some great and amusing moments, including the time when Emfa embarked on the purchase of grounds at Tennypark (now Buckley Park).

One fund-raising idea was to write to all the English League clubs appealing for financial support.

The prize reply came from Northampton Town. They pleaded inability to help, but asked if Emfa’s fund-raising went well, maybe they might have a bit to give Northampton!

The names of dearly departed colleagues were read out in remembrance.

The day’s events began with a golf outing in Kilkenny, which was won by Billy Fahy, who, incidentally, sponsored the prize for the winner.

The faithful present are part of a unique family, because the flow of Emfa people is no more!