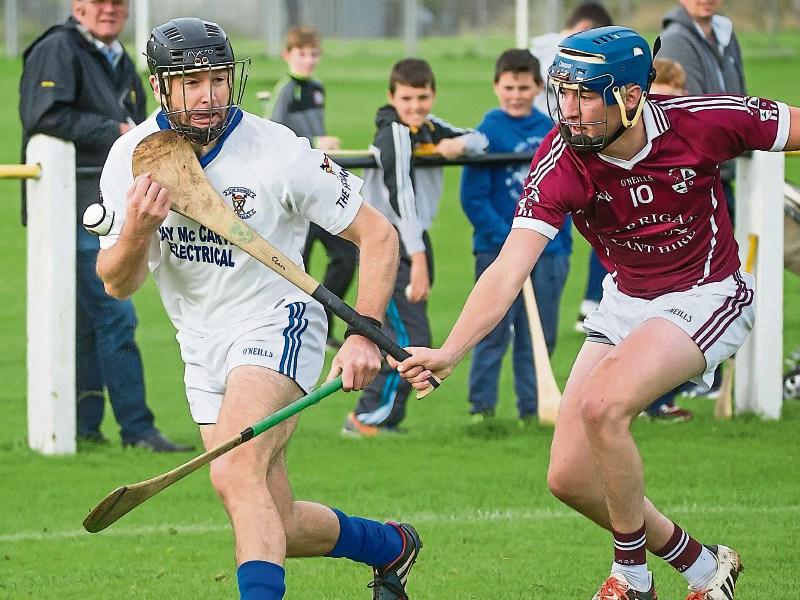 J.J. Delaney (left) has been involved in six relegation finals

Just in case anyone was under any other impression, but the time when the serious business at club level is transacted has arrived.

The Shamrocks saw off teak tough and dogged defending champions, Clara, to keep their hopes of a senior league/championship double alive.

Shield champions, O’Loughlin’s were helped to victory by two give away goals by the Rower-Inistioge, but the St John’s Park outfit will be ultra determined in the final as they bid to make up for defeat against Clara 12 months ago.

And now the hectic schedule drives on.

Next weekend some of the most serious business of 2016 will be attended to when three hurling championships semi-finals are played.

But there are two other major, major games down for decision also. They are what are now generally regarded as the finals no one wants to be involved in, seeing that the losers drop down a grade.

They are the senior and intermediate relegation finals.

The former involves the Houdini side of the senior scene, Fenians (Johnstown) who have been involved in six of these deciders since 2000. Former great J.J. Delaney and his colleagues avoided the drop each time.

They face Richie Hogan’s Danesfort in Palmerstown on Saturday (4.15pm), and the losers will drop back to the intermedite division in 2017.

Involved in the intermediate relegation final in St John’s Park on Saturday (4.15pm) are Conahy Shamrocks and D.J. Carey’s club, Young Irelands (Gowran). The vanquished here will be playing in the junior grade next season.

The prospects facing four intermediate and two junior clubs in Nowlan Park on Sunday are much more inviting, as all are contesting championship semi-finals.

Tullaroan, the biggest winners of the senior title with 20 successes, face Carrickshock in one intermediate semi, while Walter Walsh’s Tullogher Rosbercon face Glenmore in a battle of the neighbours in the second semi.

These are hard games to call, but as Tullaroan are the only unbeaten team in the top two divisions, and they have already won the league, they must be fancied.

The outcome of the other is a real toss up, but as Glenmore enjoyed the benefits of a replay against St Patrick’s in the quarter-finals, and as they have been improving with every outing, they look a decent bet to make the final.

The packed bill at Nowlan Park will be completed by the junior semi-final meeting between Mooncoin and Barrow Rangers (Paulstown).

There is a little something there for everyone, with the relegation matches as appealing as the ones with championship aspirations at stake.