Saints in the frame for national call-up 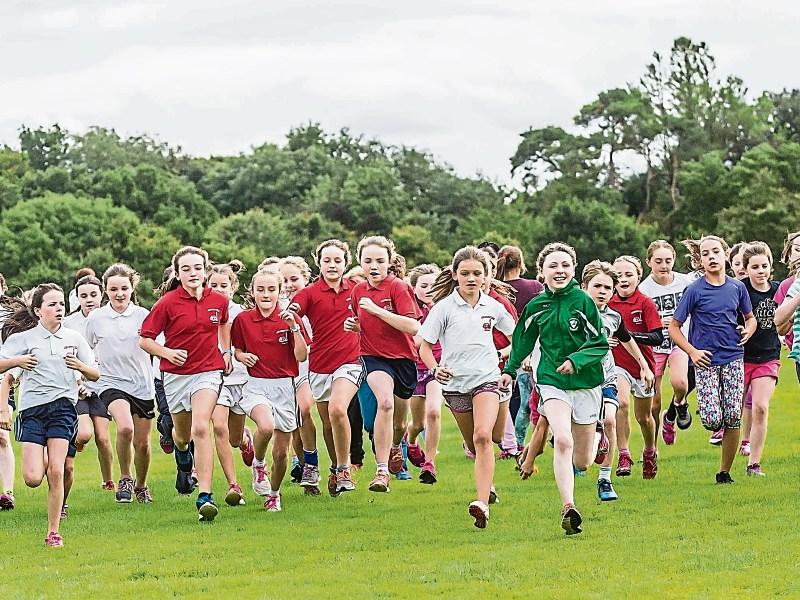 Athletes dash from the start line during one race in the primary schools cross-country championships, which were held in the Castle Park. Photo: Pat Moore

There may be double delight for St Senan’s after two of the club’s athletes put themselves in the frame for international duty.

Adele Walsh and Sean Caulfield could find themselves heading to Glasgow shortly after impressing at the national cross-country championships at Abbotstown.

The event, which incorporated trials for the forthcoming Masters Home Countries international, saw the Senan’s duo perform well in their respective Masters categories.

Adele, competing at F40, finished in second place in her category and looks certain to be on the plane to Glasgow in November, while Sean finished a very creditable sixth in his M50 category.

By any standards Sean is a remarkable athlete. He recently finished in seventh place in the county senior cross-country, which is run over 10k. If you turned the clock back 30 years you would find Sean, as a young man, finishing well inside the top 10 of the then 12k County Championship.

Based on Sunday’s performance, he should also expect to get the nod when the Irish teams for Glasgow are announced.

The Leinster Even Ages and Novice Cross Country Championships will be held on Saturday at the New Forest Golf Club, Tyrrellspass, Mullingar, Co Westmeath.

The event, which will be hosted by Mullingar Harriers AC, sees the championship races start at 12 noon with the girls’ under-12 race.

Club and County teams will compete and with some excellent performances at the recent county championships expectations will be high.

Mullingar Harriers are also hosting a non-championship race for girls and boys at under-10 level with the first event at 11.40am.

The second round of the juvenile championships, for uneven age groups, will also be held at the same venue on Sunday, November 13.

The young runner performed with distinction, bringing home both individual and team medals.

At college level the annual ‘Colours’ road relays were held recently. The fastest two mile leg of the day was run by KCH athlete Tom O’Keeffe, who was representing UCD. Tom was a member of the College ‘A’ team who won gold in the event.

Even further afield, Aoibhe Richardson competed in the colours of the University of Portland at the recent Beaver Classic cross-country race in Corvallis, Oregon.

Richardson finished on top for the Pilots with a time of 23:38.9, earning a third place finish in the women’s 6k race .

“Our women did a nice job and everyone ran a tough, smart race,” said Portland Pilots head coach Ian Solof after the race.

The Bank Holiday Weekend will be a big occasion for a number of local runners as they travel to Dublin for the Marathon.

Usually held on the Monday, this year’s race has been switched to Sunday in order to attract more international runners. A large contingent of Kilkenny athletes are scheduled to run in the event, which sees participant numbers reaching a record 17,500 entrants.

The race will also incorporate the National and County Marathon Championships for registered club athletes.

The Stook 10 mile road race will be held on Sunday, November 27. The race starts and finishes in Dungarvan village, with the start gun set to go off at 12 noon.

The race is hosted by Gowran AC and Young Irelands GAA club and is used to raise funds for their juvenile squads. The event will incorporate the County 10 mile road championships for registered club athletes.

Since its first outing in 2012, the race has earned a reputation as a tough but enjoyable mid-Winter road race. There will be individual, category and team prizes on offer. Entry fee is €20.00 online. Changing facilities are available, with refreshments served in the parish hall afterwards.