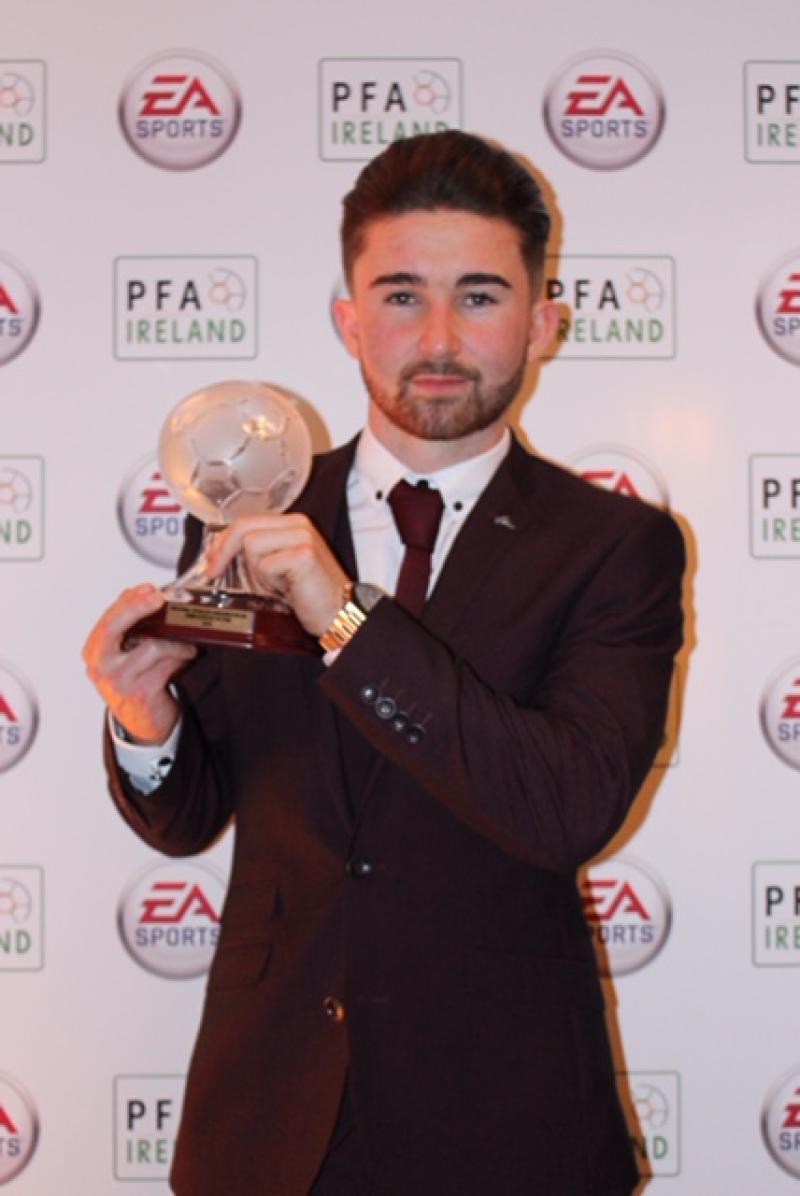 There was a double success for Kilkenny soccer with two locals earning national recognition at the weekend.
The PFAI awards were held in Dublin on Saturday and brought some season-ending triumph for Sean Maguire and Karen Duggan.
Maguire added another chapter to what has been a stellar season when he was named the PFAI Young Player of the Year.
The Cork City striker, who was also in the running for Player of the Year, had a marvellous campaign for the Rebel Army, finishing with 19 goals to top the Premier Division scoring charts.
Maguire, who helped City challenge for the title, could yet end his season with more silverware. He and fellow Kilkennyman Gavan Holohan will be part of the Cork City squad who take on Dundalk in the FAI Cup final on Sunday.