Jackie leaves fulfilled after a golden career of many highs

He felt he was blessed he did so well 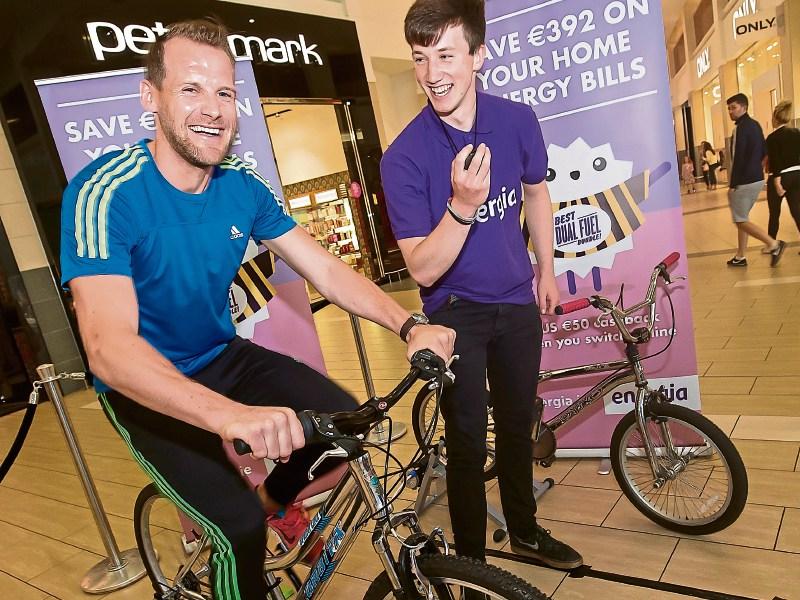 There were nine senior All-Ireland winners medals.  He missed out on joining Henry Shefflin (Ballyhale Shamrocks) with  the record 10, but he accepted his fate; it wasn't meant to be.

Throw in 11 Leinster championships, six National Leagues and 30 various other medals won with club and county, for hurling and football, and you realise Jackie Tyrrell's haul placed him in a special, elevated place in the annals of the GAA.

Then the question arises, how hard was it to say goodbye?

Jackie explained: “I had an idea it was coming. You have to ask the question of yourself when you get to the stage I am at in my career and you are not in the team.

“I thought about it for a while. I made the decision. Then I took another week to make sure it was right. I am comfortable with the decision.”

He said he felt good during the week  he stalled in order  to  allow the decision settle. There was no anguish or tossing and turning in bed at night.

“I was very, very sure of myself but when it came to actually picking up the phone and telling Ned Quinn (County Board chairman) and Brian (Cody), every part of your body is telling you don't do it, you love this thing too much. Then the mind takes over. You know it is time.”

He made the announcement on Friday. It was a day filled with emotion. Former colleagues, long servers and not so longer servers, and countless others flooded him with texts offering best wishes and thanks.

“I am very emotional, mainly because of the messages of support I have received from the other lads on the panel,” he told me when we spoke that afternoon. “I didn't realise some of the simple things I did with and for people mean so much to them. That sparked the emotions.

“I put my heart and soul into it for 14 years. As soon at I got a sniff of making the panel I never let go.

“I loved putting on that Kilkenny jersey,” he added, almost standing on the word loved. “When handed the jersey, generally with No. 4 on the back, I always took two or three seconds to feel the appreciation.

That was on All-Ireland final day in September after the defeat by Tipperary. He was a non-playing sub.

“I knew leaving Croke Park that day it was probably the end. I walked around the place, the dressing-room and so on. I took it all in.”

That No. 17 shirt is now in the safe keeping of his mother, Mary. It is hers to keep.

Of course he was disappointed not to see some action during the match, but he fully accepted what happened, the rules of engagement even if the Kilkenny defence suffered badly.

This year like every other, he was fastidious in his preparations. Between 15 and 20 hours a week, he suggested, always went into honing mind and body to be ready to serve the cause.

He worked hard on the field with the squad; in the gym on his own. He never ate or drank anything that might lose him a morsel of power or energy.

“I was in great shape,” he insisted. “I needed to be to be competitive. In 2016 I possibly gave it more than ever.”

The final chapter written in the All-Ireland was a losing one. He shrugged the shoulders and smiled.

“Look, the ultimate was the J.J. Delaney situation. He won an All-Ireland. He got in a hook during the final that will be remembered forever and he finished with an All-Star award.

“That was perfect. I knew going into the season this might end well, it might not. I appreciate what management had to do all season and in the final. I didn't get on. That was it.

“This year made me appreciate all the years I did play. This year was challenging from a different perspective  in that I had to keep motivated even though I wasn't playing. I think that was my biggest challenge, to keep pushing.

“I won't suggest it was ever easy, but it is a lot easier when you have the jersey to keep everything on the boil. I really enjoyed the season although I didn't play a whole lot.”

Would he go back again knowing now what the season would hold  for him? Absolutely, he insisted.

“I leave behind a great team, and I have an ocean of friends for life,” he said.

Tyrrell, tall and powerfully built, was an Adonis on the field, a PR person's delight and style icon off it.

His driving motto  was - every  challenge was an opportunity.   The demands of the game changed several times during his career.  When power and strength were the demands and he needed to be big and bulky, he was.

When the demands  changed again and speed and agility were of paramount importance, he became mean and lean.

“He was a terrific player from the time he came into the squad until the very end,” Brian Cody said when asked to sum up Tyrrell's career.

“He gave outstanding service. He made that No. 4 jersey his own for so long.

“There were times in the run up to match and people suggested if you did this or that to Kilkenny, if you run at them and turn them, you could trouble them.

“They tried it all against Jackie and he won. He was simply outstanding.”

Tyrrell appreciated his place. He got to play with and against some of the greats.

J.J. Delaney he classed as the greatest of them all. J.J. was one of the first with a text when the news of the retirement broke. Retirement meant he was the new chairman of the Kilkenny Retirement Club. He laughed.

“People point to the nine All-Ireland medals and think wow,” he continues. “That is great. I have this belief that there is no perfect life, just perfect moments.

“In my career I have enjoyed so many perfect moments. I appreciate  them as much as  the nine All-Ireland medals.

“The medals are in my mam's house. They are there to be enjoyed, and hopefully if I am lucky enough to have children, I will be able to show them to them.

“But it was the fun, the friendships, the challenges, the helping to get each other through difficult times in difficult game  that give me the biggest buzz.  I have been blessed.”