Experienced Oulart will test the Gaels 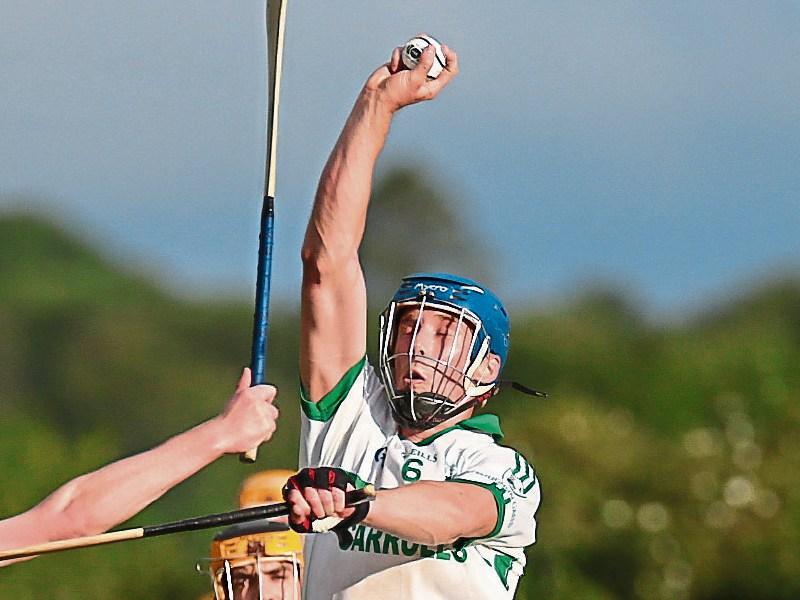 O'Loughlin Gaels captain, Brian Hogan, will be hoping to lead the troops to victory

Kilkenny champions, O'Loughlin Gaels have enjoyed the well earned celebrations, but it will be back to serious business on Sunday.

Following their third success in the Kilkenny senior hurling championship, the Gaels now face into the Leinster  club championship campaign with an ultra demanding tie in Wexford Park against defending champions, Oulart-the-Ballagh.

“It is a tough assignment for sure,” admitted O'Loughlin's manager, Aidan Fogarty when asked about the challenge ahead.

“Oulart are the reigning Leinster club champions. They have lots of experience of being in finals, so they are hardened operators.

“We are rookies compared to them. It is going to be a huge challenge for us, no doubt about it.”

He said he was happy with the reaction of his squad after the victory in Kilkenny.

All enjoyed the win  over Ballyhale Shamrocks in the final, but the sights were quickly re-set towards the Leinster championship.

“Obviously you can't think about something like this  before you win in Kilkenny,” Aidan continued. “A few days after the achievement of beating the Shamrocks, we switched our thoughts to  Leinster.

“Everyone is looking forward to the game. They all know it will take a huge effort to beat Oulart, but they are prepared to have a right go.”

He reminded that after losing the  county final of 2015 it was huge to get back and  win this time.

“To beat the Shamrocks is like beating Kilkenny in an All-Ireland final,” he suggested.

“Shamrocks are the team to beat. It was a huge achievement from our point of view.

“The lads enjoyed themselves for a few days, but then they knuckled down to training again.

“Their attitude is good, and they are all looking forward to Sunday's game. It will be a different challenge.”

Oulart, he reminded, are the champions with a strong record in Leinster, and they have home advantage.

“No team has ever found it easy to beat the Wexford champions in Wexford Park,” he continued. “That is the challenge facing us now, and we are ready to take it on.

“This is a great opportunity for everyone, maybe even more so for the older players.  A couple of them like Brian Hogan, Martin Comerford, the Kearns, Mark Kelly, Alan Geoghegan have been around a long time.

“You don't get too many chances to play in the club championship, and from their point of view they are looking to win everything they can now.

“The last time they got a chance at this level was six years ago. They want to make the most of it.

“For the younger players it is an unknown experience. They are excited by the prospect of playing outside the county and facing different teams and trying to figure out how they meet that challenge.”

He said winning the Kilkenny championship, which was extremely hard, prepared teams for such challenges.

“You will have been well tested over the course of the league and championship,” he assured.

“We got a good gruelling and we are looking forward to the challenge in Leinster.”

He saw Oulart beat his home club, St Rynagh's (Offaly) in the semi-finals (2-13 to 0-9). The losers  were without  four of their county final team, while Oulart were down two of their regular side.

“On the day  Rynagh's weren't up to scratch,” he felt. “Oulart were crisper on the ball. Their movement was good and they took their scores well.

He said O'Loughlin's had no injury worries, and they would be picking from the squad that did duty in the county final.

These are exciting times,” Aidan said. “Any team that faces into a club championship, be it Carrickshock in intermediate, Mooncoin in junior or ourselves, there is an   excitement  about representing the county.

“Not too many teams get the chance. We are looking forward to it and we are embracing the challenge,” he concluded.