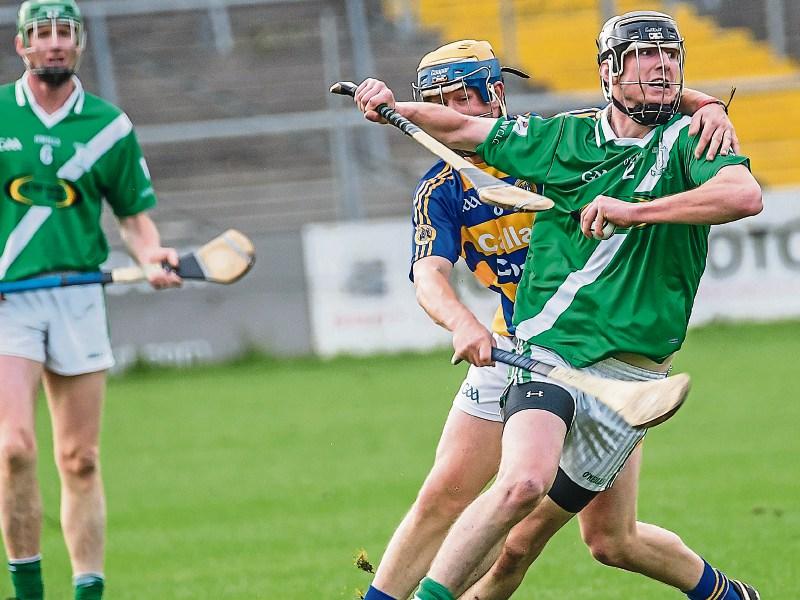 Cormac Fleming in possession for Mooncoin

Mooncoin had two players dismissed during the second half, one on a straight red card, but still they proved too good for St Oliver Plunketts (Westmeath) in the Leinster club junior hurling championship semi-final in Nowlan Park this afternoon.

The winners mixed the good with the average, but they won without too much trouble and they can look forward to a home game in the final in two weeks time.

Early on Paddy Lynam and John Fitzgerald traded points, but after Mooncoin took the lead with a point from a free by Kevin Crowley in the fourth minute they led all the way home.

A goal from a penalty by Ray Wall followed in the fifth minute after towering full-forward, Eamlon Hennebry had been fouled. Subsequently the winners opened up and put five scores together during one impressive spell as they dashed into an interval lead of 1-8 to 0-4.

There was an exchange of scores after the rest before Mooncoin had a man red carded after the referee consulted with a linesman before taking action.

St Oliver Plunketts never made any real headway afterwards. They did pull back a goal through Paddy Lynam in the 51st minute (2-10 to 1-7), but they never looked like saving the game.

The home side had a second player dismissed in the 54th minute, this time on a second yellow card.

In the Leinster club intermediate hurling champions, Carrickshock beat Kiltale (Meath) by 2-12 to 2-9 to earn a place against Celbridge (Kildare) in the final.