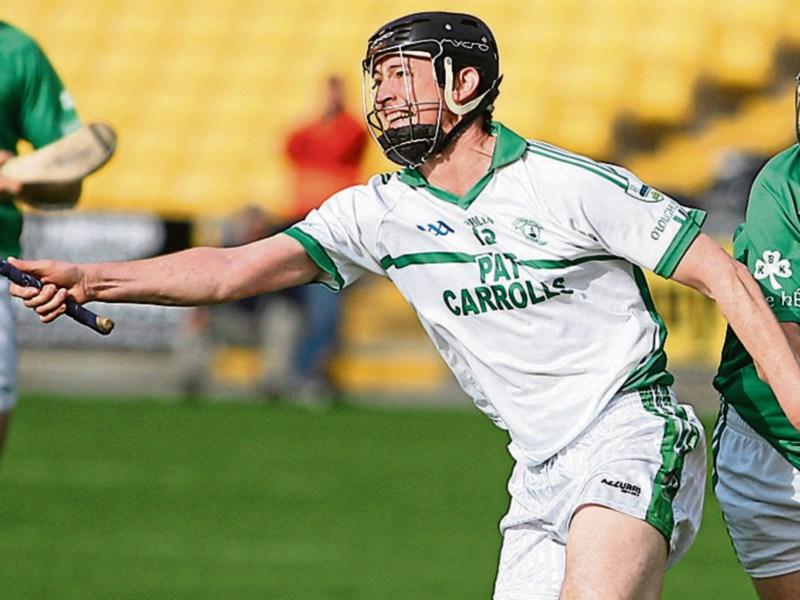 Martin Comerford was superb for O'Loughlins

In the semi-final in Wexford Park this afternoon against defending champions, Oulart-the-Ballagh they overcame a poor start to take control of the game by the break before producing what was posssibly the best performance by this new team to win well in the end.

Oulart, playing a fast running game, raced 0-5 to no score ahead after only 10 minutes. An 11th minute goal from Mark Kelly, O’Loughlin’s first score, was followed by a second somewhat lucky goal from midfield by Mark Bergin as the Cats found their way back into the match.

With a reorganised defence, with Alan O’Brien at centre-back, the Gaels roared on into an interval lead of 2-6 to 0-10, thanks to some top class point scoring by the flying Mark Bergin.

Oulart got back level by the 35th minute via points from Peter Murphy, Des Mythen and David Redmond against one for O’Loughlin’s from Bergin (2-7 to 0-13).

A pointed free from Bergin was followed by a goal from Sammy Johnston in the 36th minurte, and suddenly there was no holding the winners. With veteran Martin Comerford a superb attack leader, the Gaels proceeded to produced a performance of rare quality as their defence shut out the opposition.