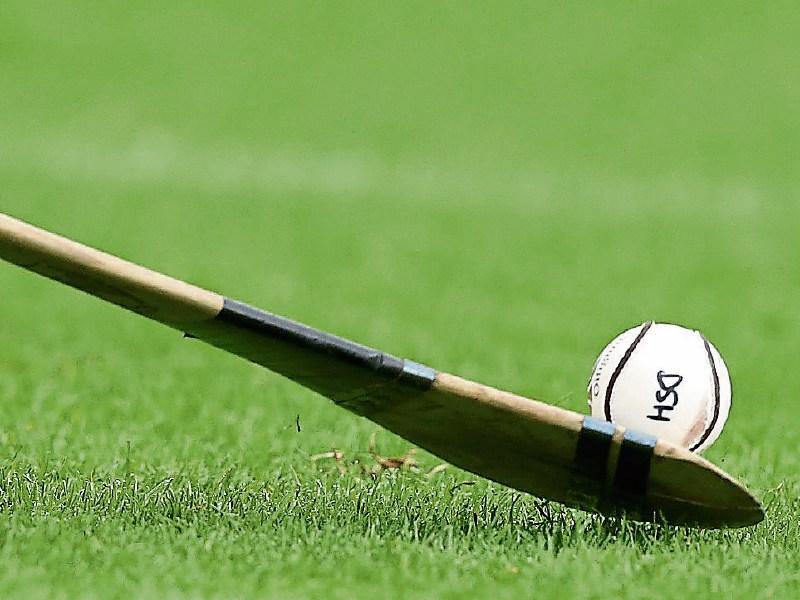 The Rower-Inistioge and Thomastown faced off in the  Southern under-21 Roinn A hurling semi-final in Ballyhale on Saturday and they produced a 10 goal thriller.

Despite the one sided appearance of the scoreline, Thomastown contributed to an entertaining game. Just four points separated the teams entering the final quarter.

Jack Cullen opened the scoring for Thomastown when he collected a loose clearance and pointed from 30 metres. David Kelly replied when he foraged a ball out of a typical Winter ruck and fired over.

Pat Lyng found Cathal Bolger twice in a matter of minutes and the corner-forward made no mistake, picking off two points to push the Rower into a 0-3 to 0-1 lead on eight minutes.

David Kelly hit a crossfield pass to Ritchie Leahy on the left wing and he stretched the advantage to three with a great point (0-4 to 0-1) after 10 minutes.

In the 13th minute Rower-Inistioge ’keeper, Paddy Lyng made a great save from David Barron, who   appeared certain to score.

From the resulting clearance, Jim Ryan gathered the ball and showed strength that belies his young age when racing through the centre before being fouled for a penalty. Kevin Murphy dispatched the  ball to the  net.

Daniel Monks caught a great ball and pointed from 30  metres  to reduce the deficit. Robbie Donnelly cut the Rower’s lead to four when he slotted over a 55 metre  free on 17 minutes, 1-4 to 0-3.

The next three scores were all three pointers. Unfortunately for Thomastown, two of the goals came from the Rower’s dynamic corner-forwards.

In the 23rd minute Kevin Murphy caught a long ball from David Kelly and netted his second of the game. David Kelly picked out Cathal Bolger two minutes later and he raced through to finish to the net to extend the Rower’s lead to  3-5 to 0-4.

Thomastown replied brilliantly in the 26th minute. John Donnelly found Dylan Caulfield in the corner and his low centre was finished to the net by David Barron, 3-5 to 1-4.

However, Thomastown bounced  back  on the stroke of half time when Adrian Burke latched on to a ball 30 metres  out. He raced through on goal before being pulled down for a penalty. Robbie Donnelly goaled.

A breathless first half came to a close with the Rower-Inistioge leading by 3-6 to 2-4.

David Kelly signalled Inistioge’s intentions with a point from 50 metres  in the opening  minute of the second half.

John Donnelly caught a puck-out and ran through the centre before finding Daniel Monks, who finished to the net from a tight angle for the ’Town. The Rower’s lead was cut to  3-7 to 3-4.

However, as was  the case in this thrill a minute game, the Rower struck back. Ciarán Ryan released Cathal Bolger, who turned provider for Diarmuid O’Brien, who finished emphatically to the net on 37 minutes, 4-7 to 3-4.

The Rower’s Cathal Bolger and Michael Galavan pointed before Robbie Donnelly (T) shot over a free, 4-10 to 3-5.

Jim Ryan (RI) found space to landed a lovely point before Robbie Donnelly pointed another free in the 42nd minute, 4-10 to 3-6.

Daniel Monks gave Thomastown a lifeline in the 43rd minute when he cut through the Rower defence  for a  goal (4-10 to 4-6).

That was as close as Thomastown were to get.

Pat Lyng (RI) sent over an inspirational point from the left wing in the 44th minute before David Kelly (RI) and Robbie Donnelly (T) traded frees.

Robbie Donnelly got what was to be Thomastown’s last score  when he fired over a free in the 50th minute.

Kevin Murphy (RI) pointed  before the Thomastown resistance was finally broken in the 52nd minute. A left wing shot by Ritchie Leahy sneaked into the corner of the net.

Kevin Murphy took his tally to 2-3 in the 56th minute when he added a well taken point from the right wing.

Not to be out-done, Cathal Bolger netted his second of the game on 61 minutes, taking his personal tally to 2-4 after great work by Jim Ryan.

Michael Galavan capped an impressive performance by the Rower with a fine closing point.

The Rower-Inistioge await the winners of the Ballyhale Shamrocks versus Mooncoin semi-final.