Missing the 'Drive for Five' "irked" 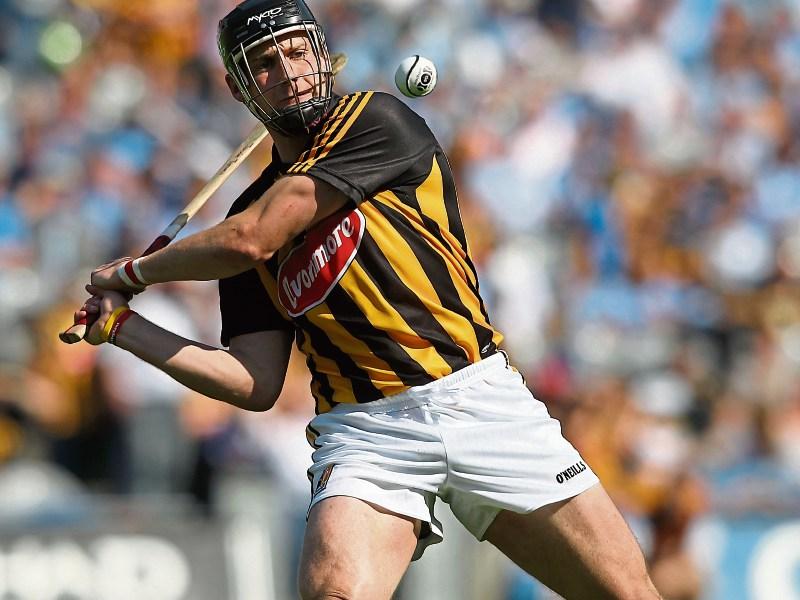 Jackie Tyrrell knew he earned a king’s ransom on the dog eat dog  hurling domain that is the national stage, but still there were a couple of ‘might have been moments’.

Obviously the season 2010 featured. The Cats had blazed a mighty trail and beaten Cork, Limerick, Waterford and Tipperary in successive All-Ireland finals to set up a shot at the never before achieved five-in-a-row.

They got to within 70 minutes  of the goal. The highest ever viewing figures  for an All-Ireland hurling final of 1.23 million tuned in to watch  the bid for history.

Tyrrell retired recently with nine All-Ireland winners medal at the head of his magnificent collection after a glittering 14 year inter-county career in the black and amber, but 2010 “irked” he admitted

What was all that ‘Drive for Five’ thing like, we wondered?

“That was tough,” the 34-year-old James Stephens clubman admitted as his voice tailed off. “That was very tough. It was a lost opportunity.

“It was only afterwards when we reflected on it we  were left to wonder did we get caught up in the whole thing; the Drive for Five; Henry’s (Shefflin) and John Tennyson’s injuries.

“At the time we couldn't see that. It was definitely  one that might have gotten away from us.”

Shefflin tore a cruciate ligament in the semi-final win over Cork, and John Tennyson picked up an injury too. A sideshow developed and the ‘would they, wouldn’t they’ talk overshadowed all else in the run up to the final.

Shefflin started the game, but within 13 minutes he limped off, the cruciate torn completely.

“What happened that day irked us,” the James Stephens clubman admitted. “We were so close to doing something extraordinary.

“Fair play to Tipp, it was their day, but.... I got to win nine All-Irelands, but the ones  that got away you think about more. There was regret about 2010, no doubt about it.”

The season 2013 was another “killer”, even if it did bring one of his career highs and a win over Tipp in an unbelievable Qualifier match in Nowlan Park.

This was the year Kilkenny failed to make the All-Ireland semi-finals for the first time in 17 years. They were beaten by Cork in the quarter-finals.

Kilkenny might have been distracted, he suggested. Bruce Springsteen was playing two concerts in  Nowlan Park  that weekend. The players had intended going as a group after the hurling business in Thurles.

“I know we lost our focus that day,” Jackie recalled. “Some were more interested and worried about Bruce Springsteen than going up and playing Cork.

“It was crazy to think that. The whole of Kilkenny had gone mad, crazy about Springsteen.

“We were thinking about getting back for the concert and all that. We lost sight and focus,” he said on reflection.

“On the day Cork were the better team, but I don’t think we were fully tuned in.

“The thing is you don’t see these things at the time. You would think that from a very professional, driven and focussed group someone would have seen something because the culture would be there to challenge things.

“Springsteen was coming. In the back of the mind some were worried about tickets for the concert and so on. Something like that can seep in and because the level of concentration needed is so high, that can be fatal.

“We were blown away by Cork. That happens. It happens in every sport. It can happen with every  great team.”

Kilkenny, he recalled, were crippled by injuries that season and it appeared that at every turn someone picked up a knock. Shefflin was injured. Jackie himself had a troublesome quad.

“We couldn’t get on a roll,” he recalled. “Looking at that All-Ireland between Cork and Clare, I think we would have put it up more to Clare than Cork did.

“Cork let them run through them at times. I don’t think we would have allowed that. Would we have beaten Clare? I don’t know, but it is a question I often asked  myself.”

Being a spectator at that final forced him into a rethink about the game. He saw hurling changing. He was  fascinated by Clare’s style and movement, players roving all over.

“I thought if this is the way the game is going, I needed to come back the following year a different animal.”

He did! He adjusted his training routine. He worked in  the gym as much, but he pulled back on weights.

“My weight didn’t change a whole lot,” he informed. “I am always in around 92kgs. That year I was around 91kgs.”

However, he shed  a lot of muscle mass,  off his chest and shoulders in particular. The plan was to be lighter, sharper, more flexible.

“It stood to me,” the James Stephens clubman reckoned. “In 2014, by God were we tested athletically. I soon found out there was no place for a big bulky back anymore. That day was gone.

“You needed to be lean and able to cover the ground. There was no use in being big and strong if you weren’t able to get near the forward.”

The game changed several times during his career, but Jackie and Kilkenny always tried to be ahead of changing trends.

He survived it all - the physical game; the running game; the space creation phase and  the sweeper system too.

“Hurling is always evolving,” was his summary.  “Physically it probably changed two or three times. Tactically it changed four, maybe five times during my 14 years.

“Those were the sort of challenges we had to be able to adapt to.”

So then, how did it settle in the Kilkenny camp during a dominant period when they were being accused of playing on the edge?

“We relished it, even liked it,” he smiled mischievously. “Teams who wanted to believe that, who bought into it were undermining themselves, even allowing themselves to be bullied.

“The media plays a big role in putting a perception out there. If something is talked enough about, people start to believe it.”

He   remembered after  Cork won the All-Ireland  in 2004 and 2005 it was out there that they were so professional, so fit that no one could keep into them.

Heading  up to the 2006 All-Ireland final against Kilkenny that was all the talk.

“People  began to think, yes Cork are seriously professional,” Jackie recalled. “I started thinking, sure they are no more professional, no way fitter than us.

“We went out and tore into them in 2006. The approach worked.

“Like that, this on the edge thing went out about us. I think it started with Ger Loughnane having the odd go at us. He had a go at Brian (Cody) too. Before we  knew it, others were latching on to the story.

“We quickly began to realise that the perception was a help to us. We didn't care a whole lot about what people were thinking.

“We had to be careful, though, because if referees thought we were they would have come down on us. We always tried to play as hard as possible.”

He insisted Kilkenny   took whatever the opposition threw at them. If that was  tactics, they  would give them tactics.

“That was the great thing about the team. It was adaptable. Most days we were able to meet challenges head on.”

Life determined his route into hurling. His parents, Dermot and Mary, encouraged him all the way.

But being a pupil in St  Patrick’s De La Salle shaped his sporting preferences too. He had Matt Ruth as his teacher in Third Class; Brian Cody in Fourth, Fifth and Sixth classes.

The rest, as they say, is history. Thanks for the memories, Jackie.