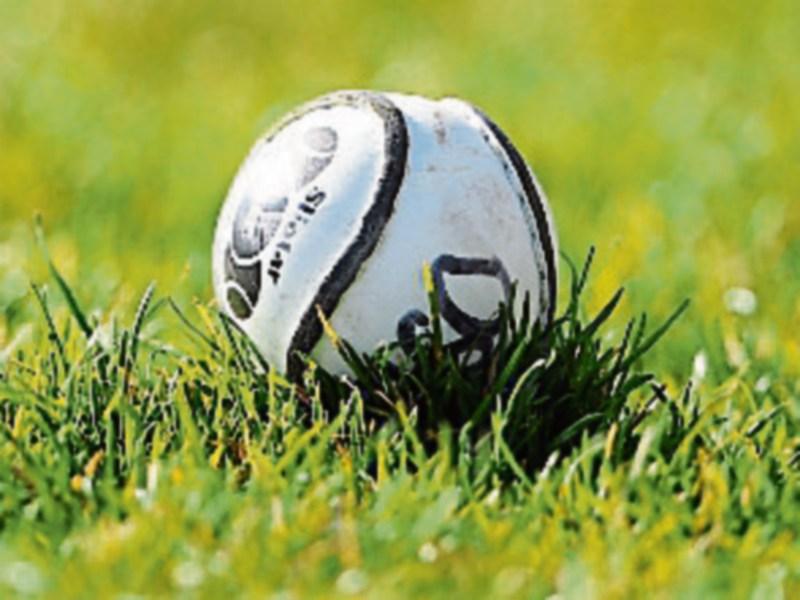 While there was no doubting the merits of Graigue Ballycallan's win in this highly enjoyable North under-21 Roinn B hurling championship semi-final, the eight-point margin at the finish was harsh on a fine Young Irelands (Gowran) side that battled to the finish.

The game was originally fixed for Danesfort, but  dense fog meant that both teams and their supporters had to head to John Lockes Park in Callan, where conditions were a bit better.

To the credit of the John Lockes club, they got everything ready for the off  in double quick time. The eventual throw-in was a mere 35   minutes behind  the scheduled starting time.

No one, though, least of all the two teams, were complaining.

An early penetrating run through the Graigue  defence by Sean Carey ended with him being fouled, which  resulted in the awarding of a free. The impressive Carey converted.

Within a minute the equally impressive Colum Prendiville, operating at midfield, shot the equaliser.

Prendiville was superb during  the opening quarter, and made a number  incisive runs through the Young Irelands defence.

The Gowran men hit two points in a minute from Phillip O’Donnell and Ted Drea to open up a two point gap, but within two minutes Colum Prendiville was allowed to head unhindered towards the Young Irelands goal and he blasted to the net.

The pendulum was now swinging towards Ballycallan  and with additional  points from Colm Prendiville, Jesse Roberts and a brace from Shane Hennessy they opened up a five point lead.

Young Irelands needed a response, and it came from their most obvious source.

Points from Sean Carey (free) and J.P. Treacy within a minute of each other were followed almost immediately by a trademark Carey goal.

This time it was Sean Carey who shot to the net; a classic effort reminiscent of his famous dad, D. J.

That Carey goal tied the game, and with momentum now with the Gowran side,  they were flying as points followed from J.P. Treacy and Sean Carey.

That goal stung the Graigue Ballycallan team. They were being out-hurled in a number of areas of the field during that second quarter.

Right on the stroke of half-time they responded in the best possible way.

Shane Hennessy gained possession and as he bore down on the Young Irelands goal. Referee Peter Burke deemed that he was fouled.

Conor Murphy made no mistake from the resultant penalty with a well-struck shot. The penalty was a marginal call, but the goal that resulted  left Graigue Ballycallan leading by 2-5 to 1-7 at the interval.

The worry at the start of the second half was whether the deteriorating fog might result in the game being abandoned.

If Young Irelands held the upper-hand in the second quarter, it was their opponents who were on top for most of the second half.

Conor Murphy was impressive from placed balls, while Billy Ryan came much more into the game, as did Vinny Teehan.

But it was some highly impressive defending from Eamonn Egan, Philly Cahill and the excellent Tommy Ronan which was key to the winners second half superiority.

Young Irelands were far too dependent on Sean Carey for scores, although Phillip O’Donnell and J.P. Treacy did manage to hit  points.

With the fog rolling in  it had to be very difficult for the players to see the goalposts.

The Ballycallan men made good use of the ample possession they enjoyed to hit points from all angles through Conor Murphy, Billy Ryan, Philly Cahill and Jesse Roberts.

Sean Carey’s point in the 48th minute was Young Irelands final score of the game, emphasising the grip the winners had on the tie in the fourth quarter.

There was a very strong case for abandoning the game with 15  minutes remaining. It was impossible to see the country end goal from the middle of the pitch and perhaps the ever-increasing margin between the teams was the reason why referee Peter Burke allowed the game to finish.

Had the game been a lot tighter it is probable that it would have been abandoned.

The Graigue Ballycallan victory sets up a mouth-watering clash with neighbours Tullaroan in next weekend’s Northern final.

The winners certainly improved from the previous week’s quarter-final against Barrow Rangers, and with a strong spine to  the team they impressively negotiated this semi-final hurdle.