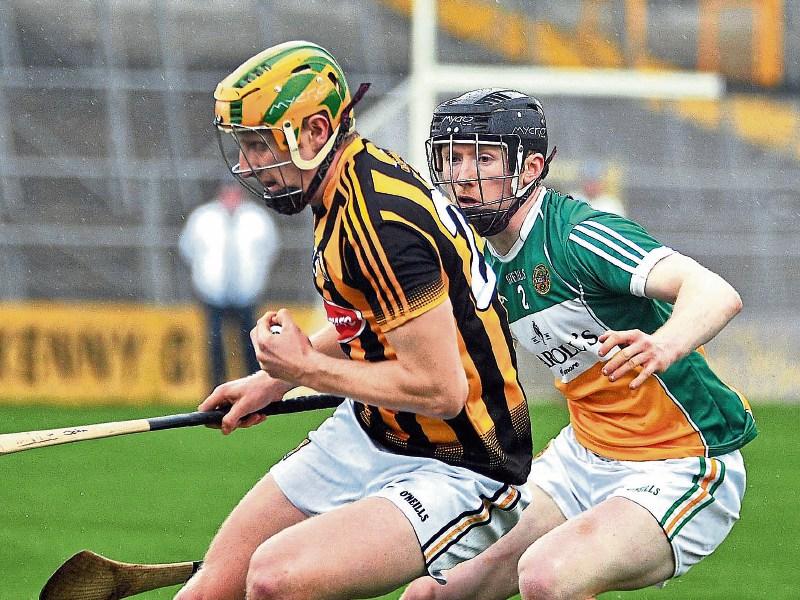 John Power can be key man in Carrickshock attack

Using their experience well has proved to be a winning ticket for Carrickshock all season.

And they will be hoping it can be a major factor in Saturday’s Leinster final.

The Kilkenny intermediate champions face Kildare senior title holders, Celbridge in what is sure to be a testing Leinster club intermediate final in Newbridge (2pm).

Carrickshock, who are chasing their second title having won this competition in 2004, beat Meath senior side, Kiltale in an at times bad-tempered semi-final.

Yet again the strong leadership shown by their experienced crew, including Michael Rice, John Dalton, who was possibly the best full-back in Kilkenny club hurling this season, David Franks, Niall Tennyson and John Butler, as well as former county star, Richie Power, who came on as a second half sub, was crucial in shaping the outcome of the game.

The ’Shock are a well walked outfit, having spent 11 seasons in the top flight in Kilkenny before being relegated last season.

During that time they contested two senior finals, in 2010 and 2013, but without success.

Still they have banked a fair bit of knowledge about the highs and lows and demands of hurling.

In recent times they have endured more than their fair share of lows, what with losing the two county finals, followed by relegation, plus the awful knee injury that restricts a brave Richie Power to a smaller role in things than he would like.

Now they are all fired up to do well in the club championship.

Why not? A good run in the intermediate championship in recent times served both the Rower-Inistioge and Bennettsbridge very well in terms of preparing them for the acid test that was senior club hurling in the season that followed.

It can do the same for Carrickshock, so manager Tommy Shefflin and his selectors Larry O’Shea and Pat Fennelly  are determined to get as much from the Leinster championship, and hopefully the All-Ireland championship too, as they can.

The adventure can take a club all the way to the final in Croke Park next February. While many a Kilkenny club made the long and demanding journey, not one would have a negative thing to say about it.

Carrickshock earned themselves the chance to experience something new and exciting, and young guys like John Power, Kevin Farrell, Brian Donovan and others can learn so much by making the journey.

Come the 2017 season, a long journey in the club championship, if they are to be lucky, would be hugely beneficial to all.

Celbridge are one of the oldest clubs in the country, having been formed in 1885. They are managed by former Wexford under-age boss, Seamus Murphy.

In recent years they lost a number of players to immigration and retirements, and also lost the likes of Conor and Niall Kenny to Tipperary, but they still boast a number of county players in Fergal and Niall O’Muineachain, Leo Quinn, Gerry Keegan and Mark Moloney.

Their Leinster journey has seen them beat Raheny, Dublin  and Bray Emmets (0-15 to 0-13), when Gerry Keegan (0-8) did the most scoring damage, while Fergal Conway, Mark Maloney and Thomas Fitzgerald also caused big problems.

Their dependables are the O’Muineachains, Fergal Conway, Thomas Fitzgerald and Mark Moloney. They can be a lively outfit, but if Carrickshock bring their A game to Newbridge, a Leinster title can be the balm that can help heal some of the hurt suffered  in recent times.