O'Loughlin's have nothing to fear 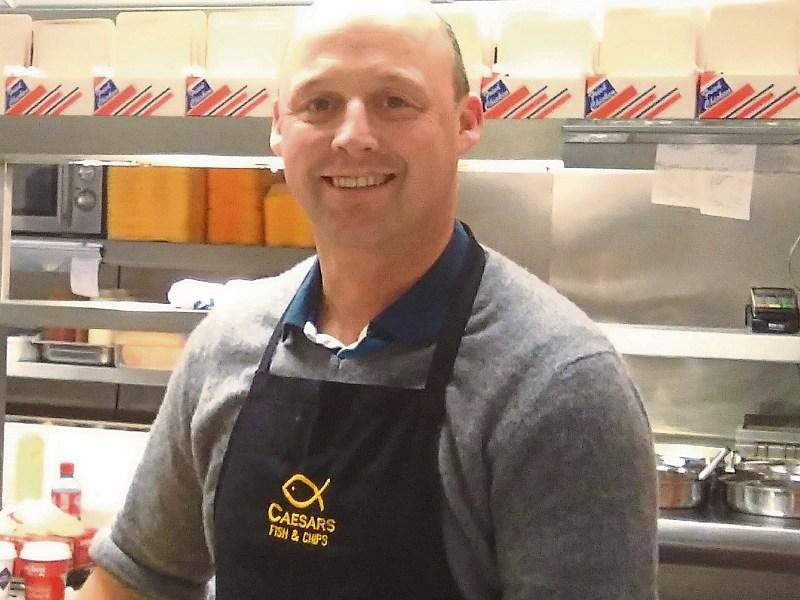 Andy Comerford - O'Loughlin's should have a right go, he insisted

Go out and make your own piece of magical history for the club!

That was the battle cry  from one of O’Loughlin Gaels most celebrated players, Andy Comerford, as the latest bunch of high achievers from the St John’s Park club prepare for a Leinster senior hurling final against Cuala (Dublin) in Portlaoise on Sunday (2pm).

The Gaels blew away James Stephens, the Rower Inistioge  and Ballyhale Shamrocks to win their fourth Kilkenny title before upending defending Leinster champions, Oulart-the-Ballagh on the Leinster club trail to book an appointment with Cuala.

“Drive on and make your own history, because your are well capable of doing it,” was the advice from the Kilkenny All-Ireland winning captain of 2002 and O’Loughlin’s championship winning skipper in Leinster in 2003.

Comerford, who also captained the club to Kilkenny senior wins in 2001 and 2003, said Cuala, who contested the final last season but lost to Oulart, would take beating but he was confident O’Loughlin’s had the talent to succeed.

Cuala have an active membership of 1,600, which makes them one of the biggest clubs in Dublin. Their star players would be county men David Treacy, Paul and Mark Schutte, Cian O’Callaghan, Colm Cronin and Darragh O’Connell.

And there is a Kilkenny connection, with Cian Waldron from Freshford a prominent member of the squad.

O’Loughlin’s one outing was against Oulart, who they beat by 3-17 to 0-17 after a poor start during which  they were five points to no score down at one stage.

“It was a very good performance from every aspect against Oulart,” Comerford suggested. “The way the team reacted to the bad start was top class.

“The team seems to be getting better as the season progresses. The showing in Wexford Park  was a big step up from the county final, bearing in mind the awful  started.

“Looking  from the stand things didn’t look good early on as Oulart were scoring well and making and finding space at their ease. Moving Mark Bergin out the field helped crowd that area, and he got on a lot of ball. That paid dividends.

“The younger players are getting better with every game. Huw Lawlor, Paddy Deegan, Anthony  Forristal, Sammy Johnston, Patrick Butler are getting progressively better.

“The more games they are getting the more confident they are becoming. You can see the way they run on to the ball now. They don’t stop to think.

“They just react; the decision making is coming easier to them.”

He thought the younger players don’t  appear to mind who they are playing. That was a great sign.

“There is a good mixture of experienced lads who have been there before, and probably half the team is made up by young lads,” Andy continued.

“The nucleus of the team has been there maybe two years, but some are only there this year. For any team to be successful, you need young lads playing well.

“You can’t have young lads coming in and looking like they are thinking ’I am only coming in, I have another few years to establish myself’.

“You have to have young lads who are prepared to take on the challenge of making the team at 19, 20 or so on; to put their stamp on a position . No one can be hanging back.

“This crop of young lads are going for it. That is  making a massive difference to their hurling.”

He said the team was in a major  place - a Leinster final. They got through Kilkenny to get there, beating the reigning champions on the way.

“That took some doing, so don’t let  fear or anything like that get in the way now,” urged the city based fish and chip shop owner.

“O’Loughlin’s  have to go for it. Next season they could get injuries in Kilkenny and that could ruin their chances.

“They have a big opportunity now, and they should do their absolute best to kick on.”

He expected the Dubs to  be the favourites to win, but so what, he asked.

“A few of the young players on this O’Loughlin’s team will definitely play with Kilkenny at senior level. Cuala will get nothing soft.

“The O’Loughlin’s management team know their players, and they are doing an excellent job. They have guided the squad nicely, and it has become progressively better as the season has worn on.”

He felt  a big turning point in the season for the club was the beating of James Stephens in the Kilkenny quarter-finals.

“To me The Village had aspirations of winning the championship this season,” he suggested.

“I always felt the winners of that game would go a long way towards winning the championship.

“The win there, and the manner of it, when they didn’t play well at times but still found big scores when needed, must have boosted the morale of everyone hugely.

“The form of the team is on an upward curve. They didn’t play for about 15 minutes against Oulart, but when they got going the form was really hot.

“There is scope for improvement, and management and players know that.

“The players are able to make the best of breaks. They did it against The Village, when they found scores difficult  to come by during one stage in the first half but then they grabbed 1-1 just before the break which turned the match.

“They did the same in Wexford when two first half goals turned the match. The team is able to score goals. Goals win championship matches.”

Mark Kelly, he reminded,  came up with a great goal the last day. The one that followed from Mark Bergin was fortuitous, but the way the other players reacted to it, lucky or not, was terrific, he felt.

“Sammy Johnston scored a great goal in the second half,” Andy continued. “To win any championship you need to be able to score goals. I think management are encouraging the players not to be afraid to go for goals, and that is exactly what they are  doing.

“That is a great belief to have. It is not always about knocking the ball over the bar.

“You have to be prepared to take a chance on scoring a goal, and O’Loughlin’s are at that stage in their development.

“Don’t be afraid of anything. This is a Kilkenny versus Dublin match. O’Loughlin’s should have no fear.

“It would be a fantastic achievement if O’Loughlin’s can beat Cuala,” he felt.

“The Dubs are a good team. They are a well put together, with something like 17 players who have represented Dublin at some level.

“That is a fair pool of talent. But O’Loughlin’s can’t be thinking about things like that.

“I would be hopeful that  O’Loughlin’s will be celebrating the winning of their third Leinster championship on Sunday evening,” he said when he signed off.