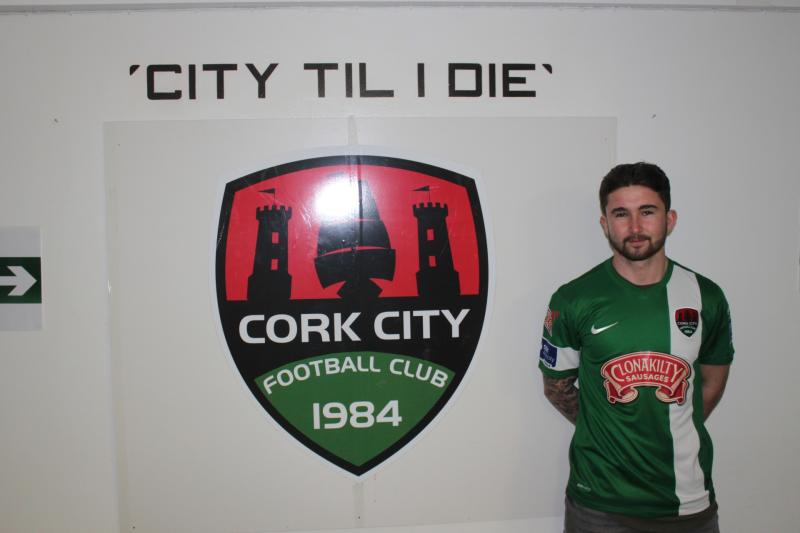 Striker Sean Maguire has set his sights on winning the League title with Cork City.

The Kilkennyman has made the top of the Premier Division table his target after agreeing a new deal to stay with the Rebel Army.

City fought off competition from English clubs to retain the services of Maguire, who cemented his place in Cork City's history books when he scored the winner in the FAI Cup final against Dundalk last month.

Now he wants more glory for the club who finished as runners-up to Dundalk in the League.

"John (Caulfield, Cork City manager) took a gamble on me coming down here and, after the season I have had, I owe Cork City another season at least," Maguire told CorkCityFC.ie. "We want to have another crack at the league, because that is what this club deserves.

“Last season was a great season," he added, "but we want to go that one step further next season and hopefully win the League."

“As a management team, all we can do is put structures in place and encourage guys, work hard with them every day, but, ultimately, they have to have the ability," said Caulfield. "Seanie has bundles of that. He is part of a really great group of lads and, thankfully, the majority of them are there again for next season. We hope that we can get better again in 2017 and Seanie will be a vital part of that.”