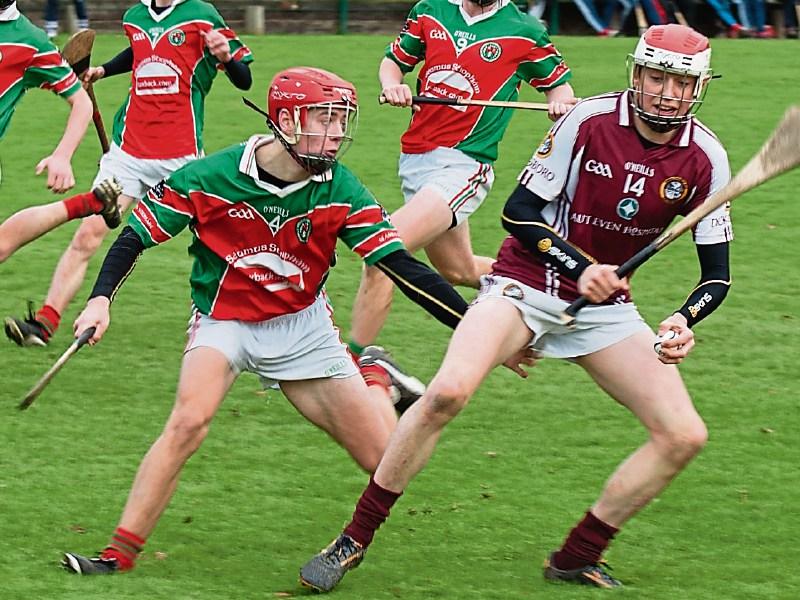 The standard of hurling in this under-21 Roinn A North final and county semi-final was excellent despite the cold weather.

Dicksboro ran out convincing winners over city rivals, James Stephens in Clara on Sunday in what  was a great contest despite what the scoreline might suggest.

Dicksboro were backed by  the wind in the first half, and as the gmae  progressed it appeared to get  stronger.

The 'Boro made hay, and with the growing influence of the element this was part of the reason they went in ahead at the break - 0-14 to 0-5.

The winners  started brightly and were 0-7 to 0-1 ahead after 10 minutes before The Village  responded.

The losers reeled off two points, but it was the 'Boro  who continued to dominate with the half back line of Conor Doheny, Evan Carroll and Aidan Nolan in superb form.

In the second half, James Stephens uppered their  game  and charged at the opposition.

By the 46th minute they had brought the deficit back to six points.

They were beginning to get on top and a goal for The Village at that stage would have made for a very tense and closely fought  last quarter.

The losers registered a few narrow wides before their opponents hit back.

Dicksboro  grabbed the next four scores, which were crucial,  to open out a comfortable  0-19 to 0-9 lead.

With 10  minutes remaining the game was ebbing away from James Stephens.

The first of those four scores was  a real beauty from the stick of  minor player, Edward Moylan.

That was followed by super scores from Kevin Kenny, while Robbie Murphy and  Stephen Farrell also got in on the scoring act.

The Village simply left themselves with too much ground to make up at the end of the first half.

At crucial times during the game, the 'Boro looked a little stronger physically and it being a cold but dry December morning, this was a telling factor.

Conor Browne stood out in The Village half back line, while 17-year-old Niall Brasil scored  three nice points from play.

Dicksboro looked stronger and they dominated key areas throughout. They played the Rower-Inistioge in the county final on Sunday in Nowlan Park.