Final successes for Aratzi and Sky 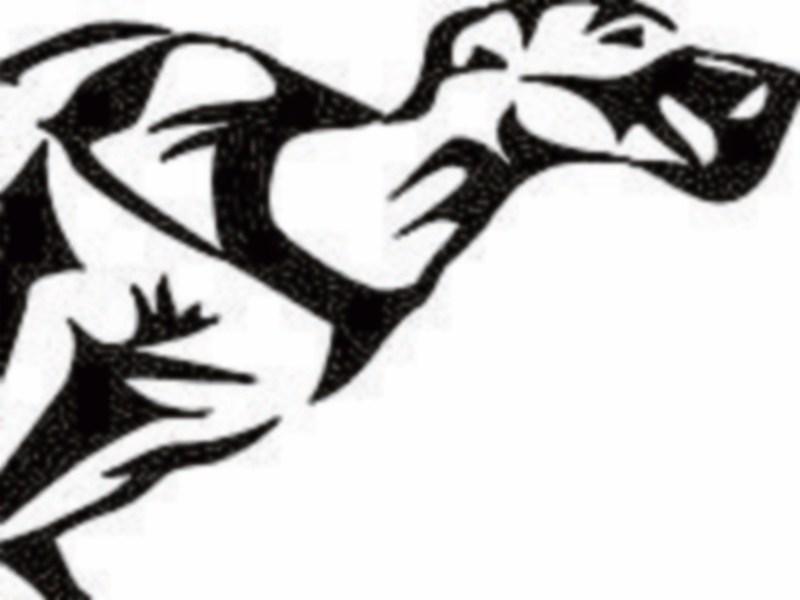 After a two week delay, racing at St James’s Park on  Friday night saw two finals down for decision.

In the Niall Comerford memorial a4 final, Condor Merlin was sent off a hot favourite. The jolly started well but never quite managed to get around the opening turn.

There was bother at the bend with a number of dogs impeded. Foulkscourt Rose and Baileys Scolari went on together down the far side, with Ratchies Aratzi not too far behind.

Into the third bend the improving Ratchies Aratzi cut off Foulkscourt Rose and this proved key. P.J. Peacock’s Ratchies Aratzi (Godsend-Dacent Kacy) raced away to claim the €1,000  first prize by five lengths in 29.75. The Other Gift was  second.

The a3 final was won by Emers Sky, while Ballybough Dad recorded the fastest time of the night.

The first race was level early and heading towards the corner. Condor Max asserted to get the bend and moved a length clear of Code Rouge into the second turn.

There was little in it at traprise in the night’s sprint, but soon Churchill Boy and Big Ben eased away from the pack.

The first to show in the third race was Ratchies Vickson. She led into the first bend followed by Blackstone Solar.

The latter hit the front around the second bend before streaking five lengths clear into the third. The impressive Blackstone Solar kept on motoring and easily saw off Ratchies Vickson by five lengths in 29.41.

Bark O Barman was the early pace setter in the novice 725 yard run and was led  around the opening two bends. The leader was a length clear around the third as Woolie Got Boots gave chase.

Bark O Barman continued to set the fractions and was three lengths clear of Pops Policy turning for home.

As the line approached Bark O Barman ran out of steam and Pops Policy pounced. First run saw Pops Policy home, three quarters of a length in front of Artictic Dawn in 42.26.

In the  Open 725, Lough Toldeo and Boylesports Duke vied for favouritism but  had to give best to Emers Twirl.

The winner popped out of trap two and led Boylesport Duke early doors. Emers Twirl held a two length lead at the third but then checked passing the pick up, allowing Boylesports Duke to draw level.

Emers Twirl went on again to lead by a length turning for home. Lough Toledo came home strongly, but Emers Twirl held all comers by a length and a half in 41.42.

In the  Ocean Feed Greyhound + a3 bitch 525, the early pace in the second semi final came from Emers Sky and Foulkscourt Kid.

Emers Sky got the bend on the rails and moved two lengths clear into the back stretch. Foulkscourt Kid was back within a length by the third, but Emers Sky was going to be difficult to pass.

Ambitipus Hylda ran on well   with Howsyerdaymissus but neither could get to Emers Sky who won by a length in 29.78.

Slaneyside Power begun well in the penultimate race and led up from trap 4. Mikeys Picture ran a good opening bend to sit just a length off Slaneyside Power going down the back stretch.

After closing the gap down the back stretch, Mikeys Picture hit the front around the third turn.

Arabian Fire ran on late  but it was not enough as Mikeys Picture claimed victory by two and a half lengths in 29.60.

Ambitious Ranger slightly shaded it early in the last race, but into the first bend, Ballybough Dad asserted and got the turn.

After moving two lengths clear of Lemon Jingler into the second bend, the Murt Leahy trained Ballybough Dad justified the support for him by blasting five lengths clear into the third.

Ballybough Dad continued on his merry way to defeat the running on Michaels Star by four lengths in 29.21, the fastest time of the night.