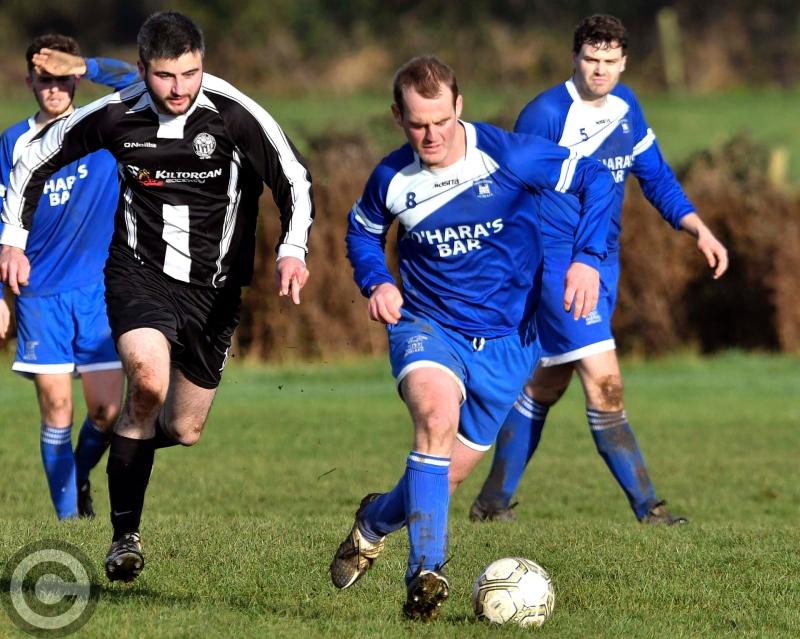 A quick one-two proved to be the winning combination as Thomastown United A landed a Premier Division knockout blow on Stoneyford United.

While Sunday’s tie didn’t quite match up to their last meeting - the sides shared the spoils in a 4-4 thriller in August - there were still enough chances to endure both teams filled their bag with goals in the last game before the Christmas break.

In the end, a goal either side of the half-time whistle did the trick for a fast-moving Thomastown. The one time Stoneyford gave Dessie Walsh space in midfield proved costly, as he latched on to possession in the centre circle and dinked a clever ball forward.

Mick O’Neill read the 40th minute delivery to a tee. Racing in from the left he sprang the offside trap, then stayed cool to lift the ball over the outrushing goalkeeper C.J. Delaney and into the back of the net.

The visitors were happy with that opener, but didn't hang about when it came to adding another. The new half was only two minutes old when they doubled their lead, Andy Kavanagh highlighting Thomastown’s menace from set-pieces when he fizzed a quick free in from the right. Derek Brennan pushed up from the back to lend his support to the attack. It proved to be the right move, as he beat his man to the delivery and glanced his header inside the far post.

Despite the cool conditions both sides started with a spark in their play in Stoneyford. Brian Donovan tested Aidan Hynes with a quick snapshot for the hosts while, at the other end, C.J. Delaney did well to finger-tip Sean Brennan’s eighth minute shot over the bar.

Stoney’ were quick to use the flanks in the opening stage and could have broken the deadlock inside 15 minutes. Adam Fennelly cleverly picked up Liam Walsh’s throw-in and broke down the left before pulling the ball back for James Moran, but his close-range shot crashed into the side netting.

The hosts went closer still to opening the scoring just a few minutes later, as miscommunication at the back saw two Thomastown defenders leave an Aidan Hynes clearance for each other. Donovan quickly seized possession, driving in before letting fly, but Hynes did well to push the ball out.

The danger wasn’t over, as the rebound fell to Moran, but he pulled his instinctive shot a whisker wide of the post. 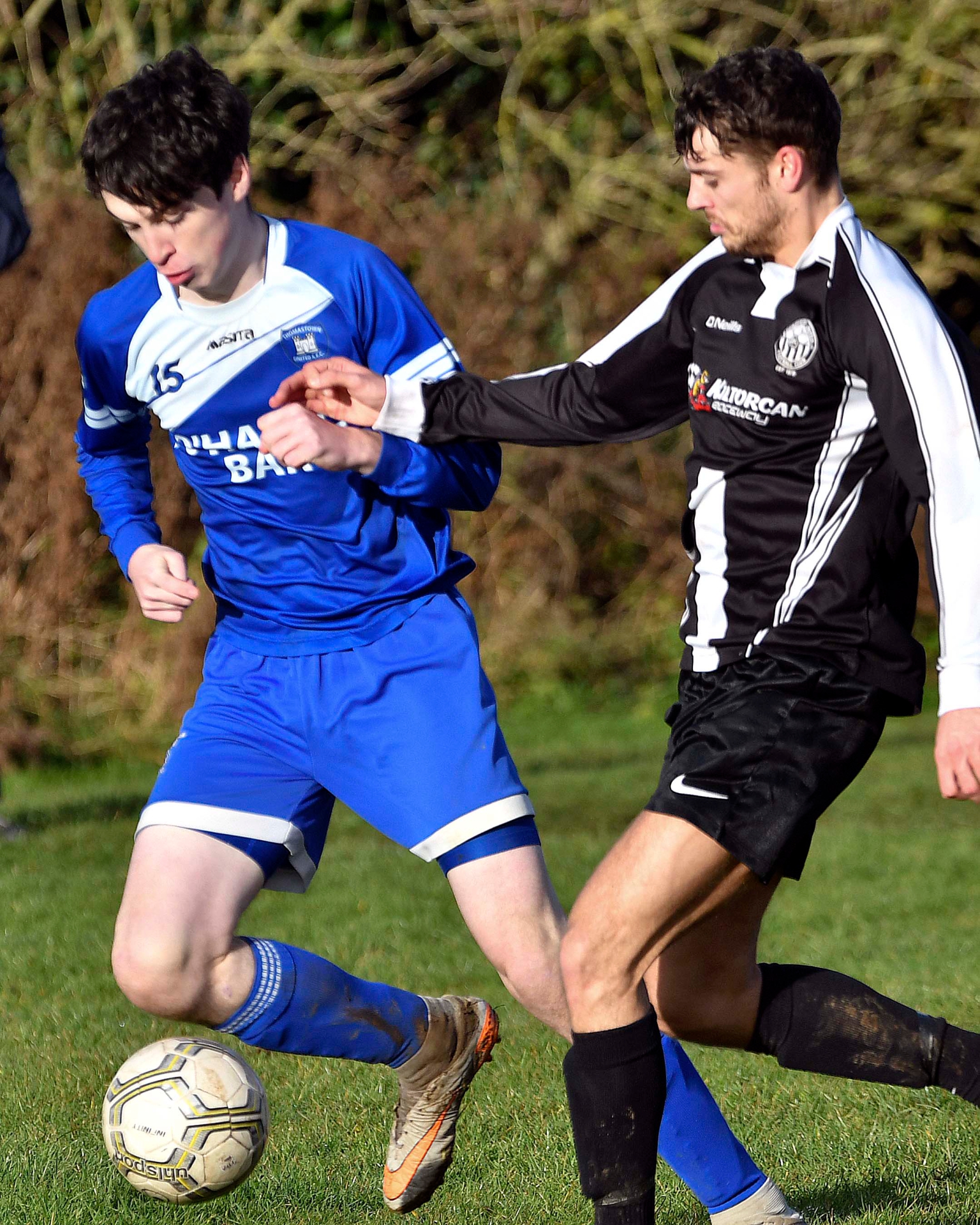 That chance was something of a blip in what had been a cracking spell for Thomastown. The visitors used some clever one-touch passing moves that cut Stoneyford open, but for all their efforts they couldn't carve out a lead.

They should have done just that when, after 22 minutes, they sliced their opponents wide open. Paul Dempsey did the damage with a swift break down the left and a teasing ball into the centre.

Stoney’s attempted clearance fell straight to Andy Kavanagh - a swift shimmy sold Delaney a dummy - but he clipped his shot off the post when the net seemed destined to shake.

That little scare saw Stoneyford raise their game again. Ciaran Colfer gave Thomastown a fright when he fizzed a dangerous corner across the goalmouth. Damien Raggett read the delivery and steamed in at the back post, but was a whisker away from making the vital connection.

Play swung back Thomastown’s way after that. C.J. Browne cut the hosts open with a perfect through ball for Steven Connolly to chase, but C.J. Delaney raced from his line to stop the danger.

Delaney wasn’t as lucky when Mick O’Neill hit the opening goal five minutes before half-time. It got even worse for Stoney’ as, two minutes into the second half, they were 2-0 down. Derek Brennan got his name on the scoresheet, coming up from the back to get his head to Andy Kavanagh’s menacing free-kick and flick the ball inside the far post.

That second goal knocked the stuffing out of Stoneyford. They tried their best to get back into the game, coming close with Conor Coffey’s 52nd minute snapshot, but Aidan Hynes was well placed to make the save.