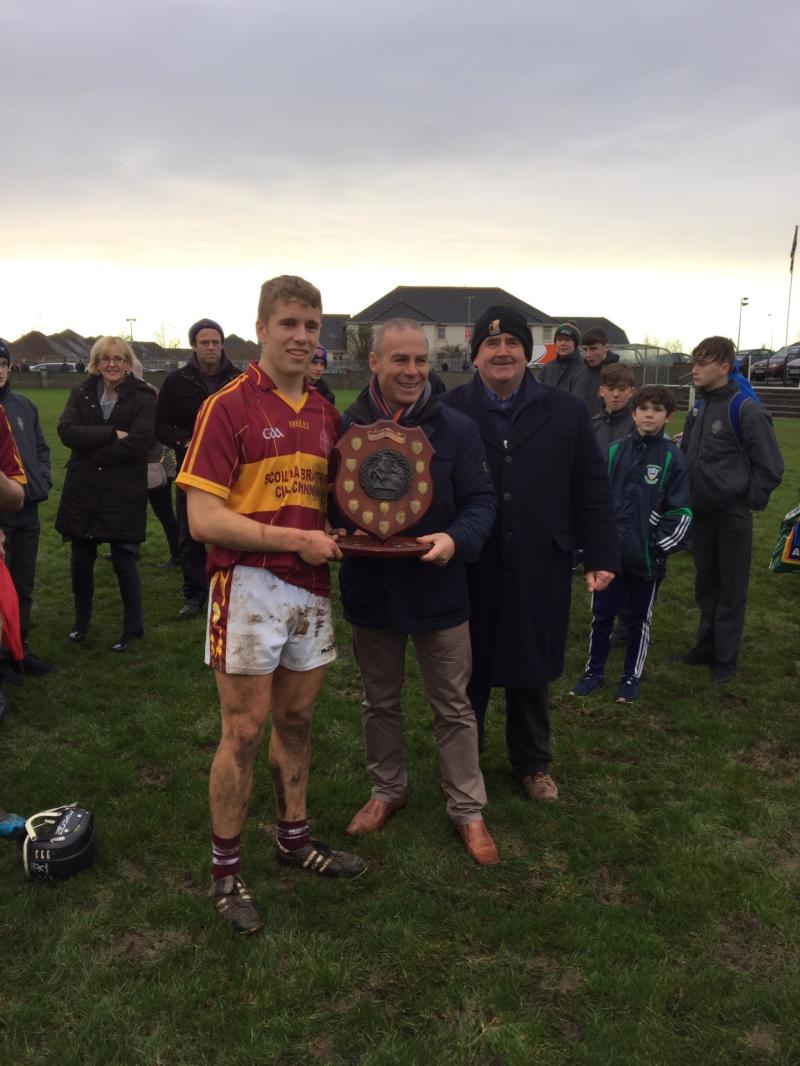 Christmas came a little early for the senior hurlers from the CBS Kilkenny as they put one over their old rivals St Kieran's College and whisked away their Top Oil Leinster League crown.
They had to battle hard, as a rain-soaked O'Loughlin's pitch made for a tough hour of hurling, but two second half goals helped the CBS sink the Saints.
A point up at half-time (0-8 to 0-7), the James's Street side took a massive step towards the title when Niall Brassil and Ronan Buckley bagged a goal apiece in a sparkling nine-minute spell.
Kieran's, led by Adrian Mullen, fought back and closed the gap, but with Brassil and Conor Drennan hitting back the CBS maintained a strong advantage which survived until the final whistle - even if they had a nervy finish thanks to Padraic Mullen's 59th minute goal.
See next week's Kilkenny People for full match report and pics.
SCORERS: CBS Kilkenny - Niall Brassil (1-2); Ronan Buckley (1-1); Conor Drennan (0-3); Sean Boyd (0-2); Sean Bolger (0-2, 0-1 free); Conor Heary (0-1); Ben Maher (0-1, free). St Kieran's College - Adrian Mullen (0-9, 0-6 frees, 0-1 65); Padraic Mullen (1-0); Diarmuid Phelan, Daithi Barron, Eoghan Moylan, Killian Egan (0-1 each).