It was champion night for Cats 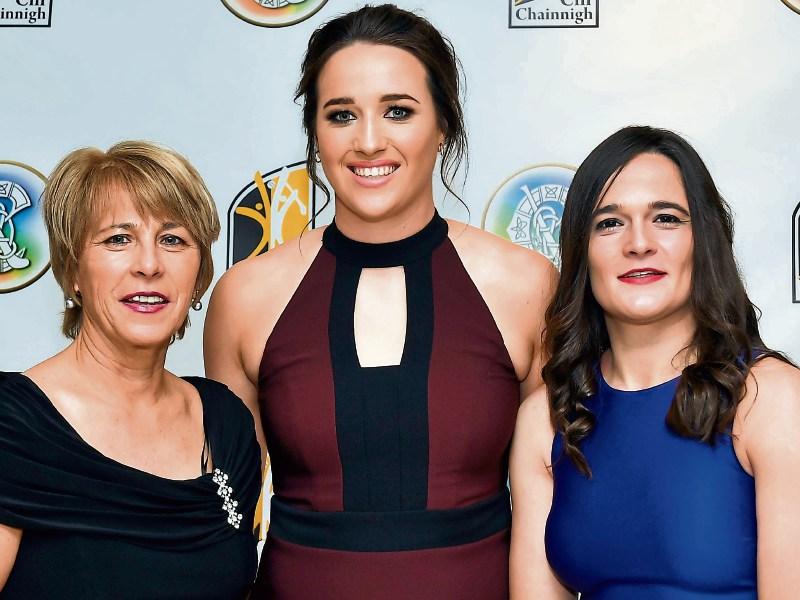 The Kilkenny senior and intermediate All-Ireland winners were presented with their medals at a glittering  awards evening in the Springhill Court Hotel on Friday.

Over 350 players and friends came together to celebrate a fabulous season for camogie  for the county.

Camogie Board chairman, Martin Quilty opened proceedings  by welcoming everyone and outline the terrific year enjoyed by  Kilkenny.

He thanked  the players and management teams for their wonderful efforts.

The Players' Player of the Year awards for both sides were presented.

Jenny Clifford took  the intermediate award, while  Denise Gaule, who  claimed the Player of the Year award at the recent All Stars night and  who is also nominated for RTE Sport Player of the year, swept the senior honour.

Chairman of Kilkenny GAA Ned Quinn congratulated both teams on what a terrific day for Kilkenny camogie.

He said he had concern after the intermediate team won on  how this might affect the seniors. However, he felt  they met  the challenge head on and showed great grit to end a 22 year wait for All-Ireland success.

He said  opponents  Cork knew what they were going to face  from the handshakes during the preliminaries. Kilkenny let it be known they were not to be messed about with after  Collette Dormer stood up to a nerve testing moment.

He felt  the big challenge ahead for  the teams was to be retain to defend  the titles in 2017.

Chairman of Leinster Camogie, Pat Martin congratulated both teams on their  terrific displays. He insisted  it was a great day for Leinster camogie as Carlow claim the junior title in Croke Park that afternoon.

Mr Martin   stated the conveyor belt of talent in Kilkenny was in full flow with the under-16 team claiming the Leinster title and the minors taking  the Leinster Shield.

Mayor of Kilkenny Pat O’Neill  congratulated the  teams on their successes and expressed the pride he felt when welcoming the teams back to the Marble City.

He felt the big crowds that turned out to greet the teams highlighted the delight felt by Kilkenny fans.

The medals were  presented to the intermediate side by Leinster chairman  Pat Martin, after  Joanne Cantwell called out the name of each recipient.

After this Catherine Neary spoke and she congratulated the teams on two fabulous victories.

She said it was a proud day  for her when she had to present cups to two winning teams from her  native county. She stated the real challenge now was to retain the titles,   and she expressed   confidence it could be done.

She then presented the medals to senior team, with Joanne Cantwell doing the introductions.

The night was closed by Martin Quilty thanking everyone in attendance and the special guest.