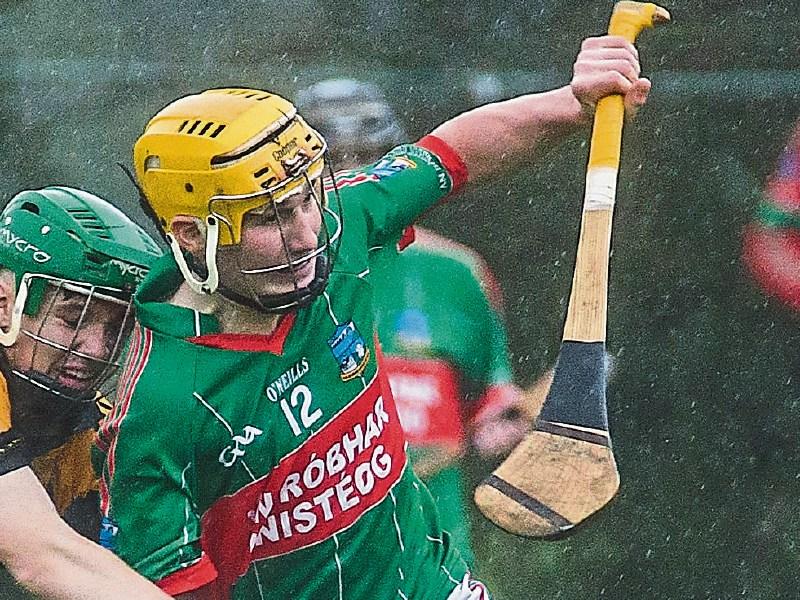 Richie Leahy figured in the scoring for Kilkenny

It was a happy New Year for a bunch of young Kilkenny hopefuls when they drove the county to a decent win over DCU in the Walsh Cup senior hurling tournament in MW Hire Dunmore Park tonight.

With the senior squad still on holidays in San Diego, under-21 team manager Eddie Brennan, took charge of affairs and fielded a new and young side, and he had to be happy with the effort and outcome.

Youngsters like Tommy Walsh, Conor Browne, Richie Leahy, Pat Lyng and Kevin Farrell showed up well in what was their first outing of the season.

The Cats opened with two early points from free taker Kevin Farrell. DCU replied through Patrick Curran and Padraig Foley to draw level in the 12th minute, but that was the only time the losers shared parity.

The winners regained the lead with a point from a free by Farrell following a foul on Sean Buggy, and they raced away to an interval lead of 0-11 to 0-5. Free taker Farrell contributed five scores, all from placed balls.

The losers might have been closer, but the registering of nine wides didn't help their cause at all.  Curran was their main source of scores during that half. He registered three times.

Kilkenny opened the new half with a point from the lively Richie Leahy within 90 seconds of the restart. When Stephen O'Farrell and Tommy Walsh, with well struck two long range frees, added to the gains the visitors suddenly found themselves 0-15 to 0-6 behind and the game was slipping away from them.

Eoghan McHugh and Aaron Murphy picked off points for DCU to keep them in the chase, but they were unable to drive on.

They losers were eight points off the pace in the 59th minute when Patrick Curran put Eoghan McHugh through on goal. However, the latter was deprived of a big score by a smashing save by home goalie, Darren Brennan.

That was as good as it got for the losers.

Kilkenny's next match will be against Antrim on January 15 in Abbotstown. The Cats will have their senior squad available for that match.