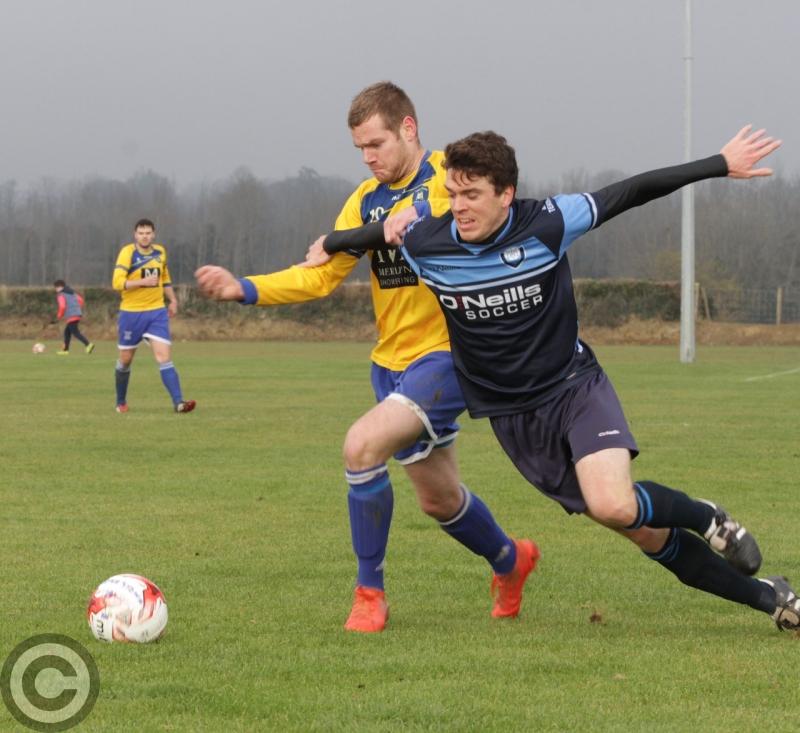 Steven Connolly and his Thomastown United team-mates have set up a dream date with Shamrock Rovers in round four of the Leinster Senior Cup. Photo: Paul Doyle

Thomastown United have set up a big clash with Airtricity League side Shamrock Rovers after holding their nerve in a penalty shoot-out with Navan Cosmos.

United travelled to Navan knowing that a win would see them through to a meeting with Ireland’s most successful senior side, but those hopes took a knock when Conor Walsh gave the home side a first half lead. That single strike was all that separated the sides until two minutes from time, when sub Rory Monks fired home a dramatic equaliser.

A winner couldn’t be found in extra-time, forcing the game into spot-kicks. Aidan Hynes shone for United, saving two Navan penalties before Derek Brennan fired home the decisive penalty to set up that dream day with Shamrock Rovers in round four.

Evergreen have also advanced in the Cup, sealing their third round berth with a good win at home to Kilbarrack United. Their win wasn’t as dramatic, as the city side took control of the game inside the first minute, Simon Burke taking just 12 seconds to shoot his side into the lead.

Evergreen held that advantage until well into the second half, then all but sealed the win when Sean Barcoe made it 2-0 with 80 minutes on the clock.

Kilbarrack did pull a goal back late on, but couldn’t overtake Packie Holden’s side, who will now face Firhouse Clover in the next phase. The real reward lies in round four, where Longford Town await the winners.