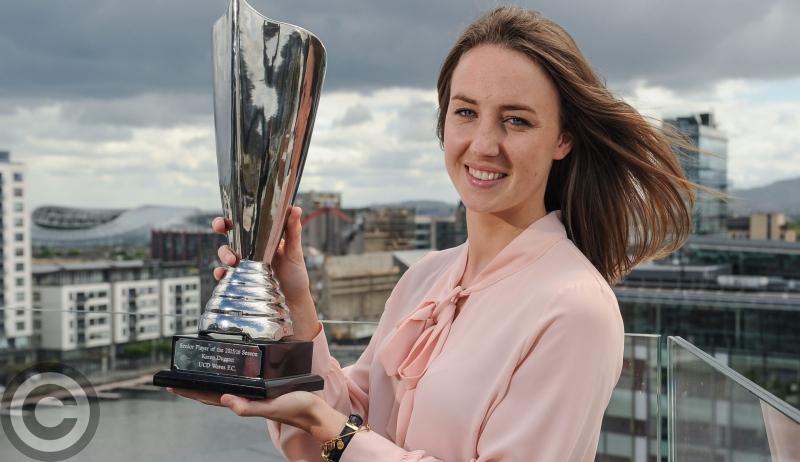 Kilkenny's Karen Duggan is in the running for the National League Player of the Year award. Photo: Seb Daly/Sportsfile

Kilkenny's Karen Duggan has made the shortlist for another national soccer award.

The Piltown native, who plays with UCD Waves, has been nominated for the Senior Player of the Year prize in the 2016 Continental Tyres Women's National League awards.

The Republic of Ireland international, who won the Senior Player of the Year last year, will go up against two Shelbourne players for this season's award - Noelle Murray and Leanne Kiernan, who scored an impressive hat-trick in the Continental FAI Women’s Senior Cup final against Wexford Youths.

Galway WFC’s Sadhbh Doyle and Peamount United’s Roma McLaughlin go up against Kiernan for the Young Player of the Year award. Peamount striker Amber Barrett will be presented with the Irish Daily Mail Golden Boot award after scoring 16 goals during the 2016 campaign.

Duggan has also been named in the League's 2016 Team of the Year. The awards will be held in the Guinness Storehouse on Thursday.

SENIOR PLAYER OF THE YEAR

YOUNG PLAYER OF THE YEAR

2016 CONTINENTAL TYRES TEAM OF THE SEASON