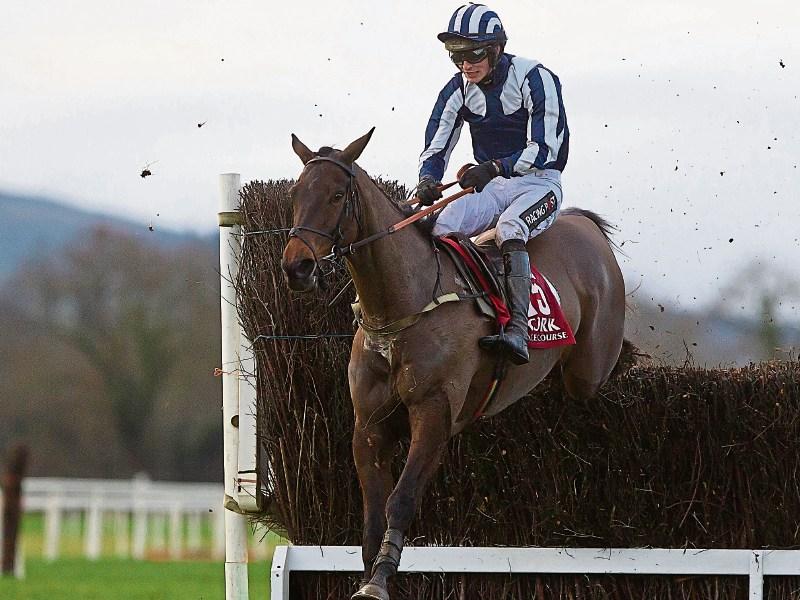 Willie Mullins is responsible for seven entries in the €110,000 event on Sunday, January 29 with Faugheen, absent since his 15-length success in this race last year and Annie Power who hasn’t run since winning by 18 lengths at Aintree in April, leading his team.

Petit Mouchoir, trained by Henry de Bromhead, could hardly have been a more impressive winner at the Christmas festival and he looks to head the challenge to the Mullins battalion.

Joining that group will be the Gordon Elliott-trained Apple’s Jade who brought Vroum Vroum Mag’s winning streak to an end in the Grade 1 Bar One Racing Hatton’s Grace Hurdle at Fairyhouse in early December.

The early line-up is completed by Ivanovich Gorbatov, trained by Joseph O’Brien, who was third behind Petit Mouchoir at the Leopardstown Christmas festival.

An intriguing rematch between the Mullins-trained Min and Henry de Bromhead’s Identity Thief could be on the cards in the Grade 1 Frank Ward Solicitors Arkle Novice Chase on BHP Insurance Irish Champion Hurdle Day.

The pair met in the Grade 1 Racing Post Novice Chase but Identity Thief was pulled up after just five fences. Hopes would be high that they could clash again at Leopardstown at the end of the month.

Gordon Elliott landed the first Irish Grade 1 of the New Year when Death Duty took the Lawlor’s Hotel Novice Hurdle in front of a crowd of 5,732 at Naas on Sunday.

It was a second top-flight success for Jack Kennedy in the space of two weeks after his Lexus Chase win on the Elliott-trained Outlander at Leopardstown. The young Kerryman brought the easy-to-back 5/6 favourite home a clear winner from Willie Mullins’ Turcagua but only after Augusta Kate crashed out at the final hurdle when holding every chance under Ruby Walsh.

Mullins and Walsh were also out of luck with the gambled-on 8/15 favourite American Tom who fell four fences from home in the novice chase that went to 7/1 shot Some Plan who was ridden for Henry de Bromhead by David Mullins.

Noel Meade enjoyed a first and last race double. He saddled the Sean Flanagan-ridden 7/2 chance Art Of Security to win the opening maiden hurdle and rounded off the day with success in the bumper with Red Jack who ran out a 10/1 winner under Danny Benson.

Trained in Shannon by Michael McDonagh, Black Zero took the handicap chase at odds of 7/1 under Mark Enright while Yaha Fizz, a 16/1 chance, saw off 11/4 favourite Like A Demon to win the opportunity handicap hurdle for Laytown-based trainer Eamonn Delany and Ryan Treacy.

Joseph O’Brien and Barry Geraghty teamed up to win the beginners’ chase with Slowmotion, who was returned the 4/6 favourite.

Moores Road, one of two winners for Michael Hourigan on the final day of the Christmas festival at Limerick, followed up with a battling success in the 2m4f handicap hurdle at Cork on Saturday.

Ridden by Andrew Ring, the 4/1 chance held off the late run of 2/1 favourite Scoir Mear to win by half-a-length.

Willie Mullins and Ruby Walsh struck with 2/5 favourite Chateau Conti in the 2m maiden hurdle but suffered a reversal when their 1/4 favourite Bon Papa fell three from home in the 3m maiden hurdle. The race was won in dramatic fashion by 16/1 chance Boru Boy who came from a seemingly impossible position between the final two hurdles under J.J. Slevin to give Gorey trainer Ger Murphy his first winner since Moneyinthebank, ridden by Shay Barry, won at Thurles in November, 2000.

Uncle Danny made all the running under Danny Mullins to land the beginners’ chase at odds of 33/1 for Dungarvan trainer John Queally while 10/1 shot Sumos Novios took the 2m4f handicap chase for local handler Liam Burke and Robbie Power.

West Coast Time made a hugely impressive debut when winning the bumper for Joseph O’Brien and Patrick Mullins, the 5/2 shot easily accounting for the gambled-on even money favourite Drumconnor Lad.

Ger Lyons and Colin Keane dominated at Dundalk on Friday where they shared three winners. The pair got off the mark with 5/4 favourite Rock In Peace who just saw off Eternal Endeavour to land the 7f maiden and followed up straight away when Cocoa Beach took the rated race at odds of 9/1.

Mawaany completed the treble, to the delight of favourite backers, with a narrow success in the 10f maiden at odds of 11/10.

There was another successful favourite in the concluding 10f handicap which went to the well-supported 3/1 shot Alnahar for Natalia Lupini and Ronan Whelan. The opening leg of the same race was won by the Denis Hogan-trained Free State, who won narrowly under Gary Halpin at 6/1.

The brother and sister team of Joseph and Ana O’Brien were successful in the 12f handicap with 5/1 shot Udogo while at more generous odds of 16/1, Try Again landed the 8f handicap for Longford trainer Paul Flynn and Niall McCullagh.

The opening race of the session was a 5f handicap and it went to 9/1 chance Oneoveryou for Galway trainer Stephen Mahon and Conor Hoban.

Bryan Cooper will be out of action for at least six weeks after fracturing his pelvis in a fall at Punchestown on New Year’s Eve.

Cooper, who had just returned to action having broken his arm in October, is set to miss a number of high profile race meetings including Thyestes Chase Day at Gowran Park on January 26 and the BHP Insurance Irish Champion Hurdle Day at Leopardstown on January 29.

Conor Brassil is another facing a spell on the sidelines after he fractured ribs and punctured a lung in a fall at Fairyhouse on New Year’s Day. He is expected to return to the saddle  next month.

Seventy-six thoroughbred horses have been flown to Beijing in the largest single export of Irish racing bloodstock to China.

The horses transported in the €3m airlift have all been purchased by Chinese businessman Zhang Yuesheng who has horses in training in Ireland. The transaction has been hailed as a major leap into the lucrative Chinese market where, to date, more than 90% of thoroughbreds imported into China have been sourced from Australia and New Zealand.

The horses were bought from Irish breeders on behalf of Mr Yuesheng by Kildare-based bloodstock agency BBA Ireland. They were flown from Shannon airport with a team of professional flying grooms and a vet.

On arrival, the horses were transported to stables where they will go into training before debuting in Chinese races. BBA Ireland worked in conjunction with Irish Thoroughbred Marketing, the not-for-profit, Government-backed company that promotes Ireland as a leading source of quality thoroughbreds worldwide.