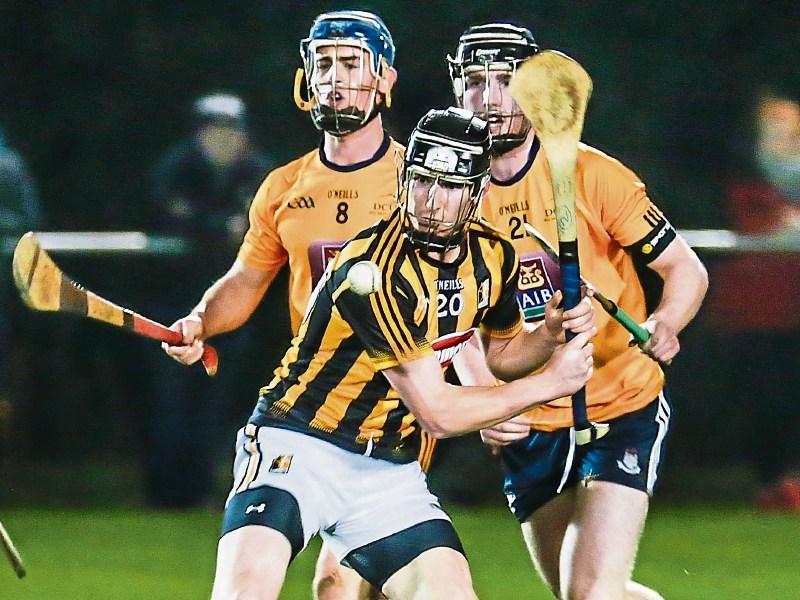 Cormack Fleming (Kilkenny) prepares to deliver the ball away

It was an encouraging start to the New Year for Kilkenny, because this was  a win, win situation.

A team made up largely of under-21 players shaped a victory in the Walsh Cup senior hurling tournament in what was the squad’s first get together of the season.

And the win over DCU in the MW Hire training centre in Dunmore opens the way for Brian Cody’s full senior squad to take up duty now and hopefully kick on in the competition.

“The players did well for a young team,” insisted under-21 team manager, Eddie Brennan, when confirming 13 of the starting team were eligible for his squad this season.

“The attitude was good, and the players were well up for the challenge,” he added.

A number of players made statements of intent, with the loudest registered by Richie Leahy, a good ball winner on the ’40’, Conor Browne, Evan Cody, Tommy Walsh, Sean Buggy and Pat Lyng.

Keep a pertinent  thought to the fore, however - it was the first  game of the year, played on January 5.

Measure all things in that context.

DCU were limited, it would have to be said. However, with games against Antrim (Sunday 2pm in Abbotstown) and Westmeath (January 22) to come, the Cats have an opportunity to piece together a decent pre-season programme and gain the maximum benefit from the competition before the start of the Allianz National League on February 12.

When Farrell punished a trip on Sean Buggy by shooting a point in the 14th minute, the winners hit he front again. There they stayed to the finish.

The opening half exchanges were competitive as both sides strived for cohesion. DCU were creative, but their finishing - they hit nine  first half wides - let them down as they fell 0-5 to 0-11 behind by break time. 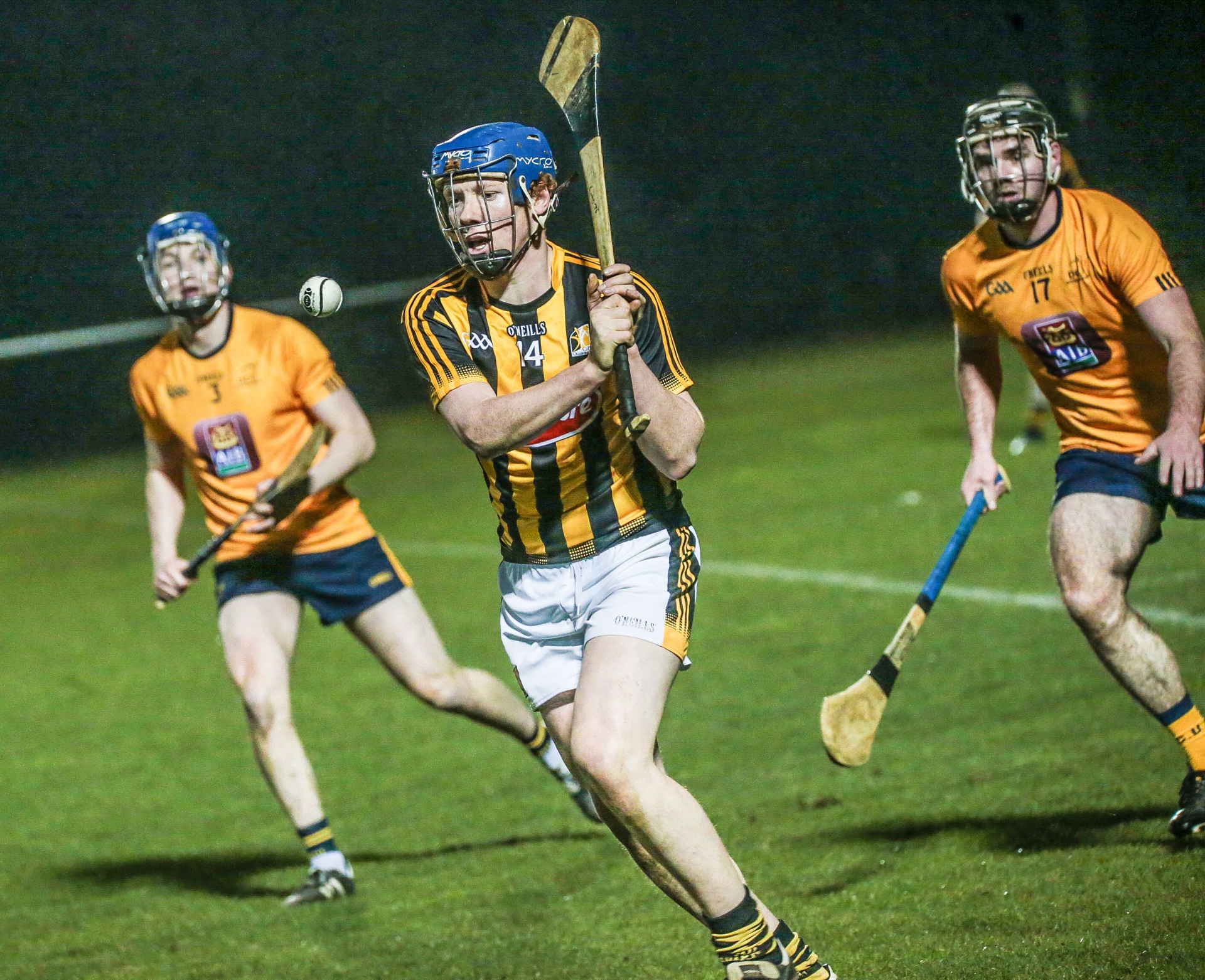 Kilkenny were sharper in front of goal as Buggy (2), John Donnelly, Pat Lyng (2) and Leahy joined Farrell (5) on the scoresheet.

Both sides made wholesale changes after the rest, with the Cats introducing three subs together.

The switches didn’t alter the flow of the scoring. During the nine minutes immediately after the rest UCD conceded to Richie Leahy, Stephen O’Farrell and wing-back Tommy Walsh (two long range frees) against one gain through Joe O’Connor to leave the gap at 0-15 to 0-6.

The losers stemmed the flow when Eoghan McHugh and Aaron Murphy put points back-to-back, but a quick brace in reply from the lively James Bergin ruled out a storming comeback.

Kilkenny saw the contest out without too much difficulty afterwards.

There was an anxious moment in the 59th minute when DCU threatened the opposing goal at the road end.

Patrick Curran engineered an opening for Eoghan McHugh to the right on the ’14’. McHugh rifled an accurate strike at the target.

Sub goalie Liam Dunphy did very well to block the effort, and then even better with a follow up save to conceded a 65.

The free shot was driven wide as UCD edged closer to a final tally  of 15 wides.

A useful exercise for Kilkenny?

Of course, thanks to the lift that victory surely brought to  the under-21 squad and because the way is now open for the senior panel to drive on.