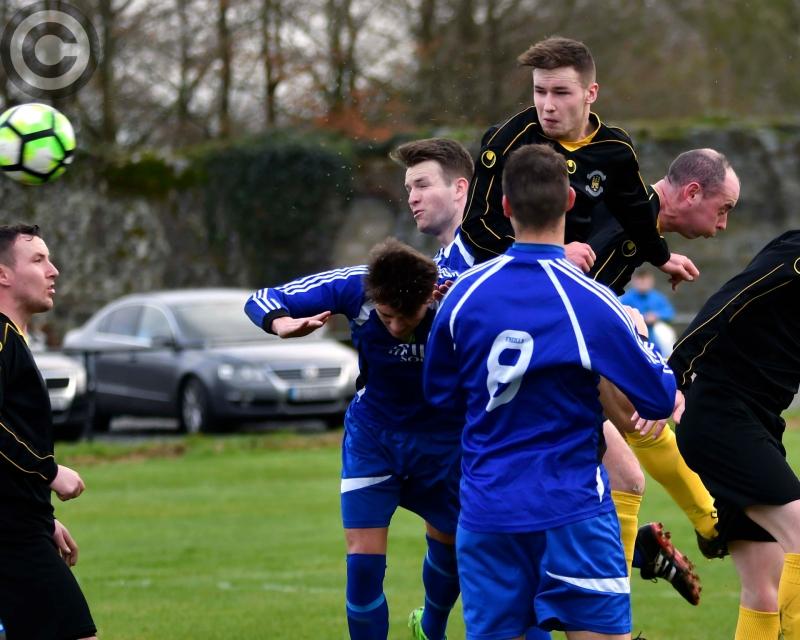 To say they’ve had a troubled campaign would be something of an understatement, but the Kilkenny & District League did end their Oscar Traynor Trophy season on a little high.

The pain of two defeats, not to mention the withdrawal of the team from the competition at one stage, were forgotten for a little while at least when the Cats came from two down to snatch a point from the Leinster Senior League.

Young Craig Hayes did the damage, straining his neck muscles to power an injury-time cross into the Leinster net and turn a drab afternoon into a marvellous evening at Derdimus.

With Freebooters once again representing the League the hosts cut a frustrated bunch as, despite giving their all, they found themselves two down well into the second half.

The changes were called for, with Kieran Moloney, Owen McCormack and Craig Hayes all brought in to the fray. All of a sudden, Kilkenny looked a younger and more dangerous adversary.

With their place in the knockout stages already secured it was a confident Leinster side who travelled to Kilkenny to complete their group stage commitments. The visitors looked sharp from the off and threatened to take an early lead. Mazon Agamy was denied a quick goal when his instinctive flick was turned around his left post by netminder Michael Walsh.

Walsh was grateful to his goal frame again a few minutes later, as skipper Dean Carpenter clattered the other post when he fizzed in a menacing shot from a quickly-taken corner after eight minutes.

Kilkenny were under the cosh, but lifted the pressure when they honed their attacking game. Emmet Nugent was the focal point of their attack and almost gave his side the lead on 20 minutes.

Sent clear by Ciaran O Conghaile’s sprayed pass Nugent outran Carpenter in a race for the ball. Tucking inside the defender he curled a sweet shot towards the left side of goal, but ’keeper Michael Quinn made a great save to push the ball to safety.

Kilkenny tested the opponents again just a few minutes later, but once more Quinn was there to foil the Cats. David Rice did well to get highest to meet Henry O’Neill’s driven corner but his header was beaten away by the netminder.

At that stage Kilkenny seemed to be well in the game, but they were left reeling when Leinster took the lead on the half hour. There seemed to be little danger when Jamie Walsh picked up possession out on the right but he unlocked the Kilkenny defence with a searing cross.

Mazon Agamy read the delivery and did the rest. Rather than take the ball down he let fly first time, his quick shot catching Michael Walsh off-guard as it rocketed into the net via the post.

If that goal rocked Kilkenny’s confidence, they were left reeling when the LSL doubled their lead eight minutes into the second half. 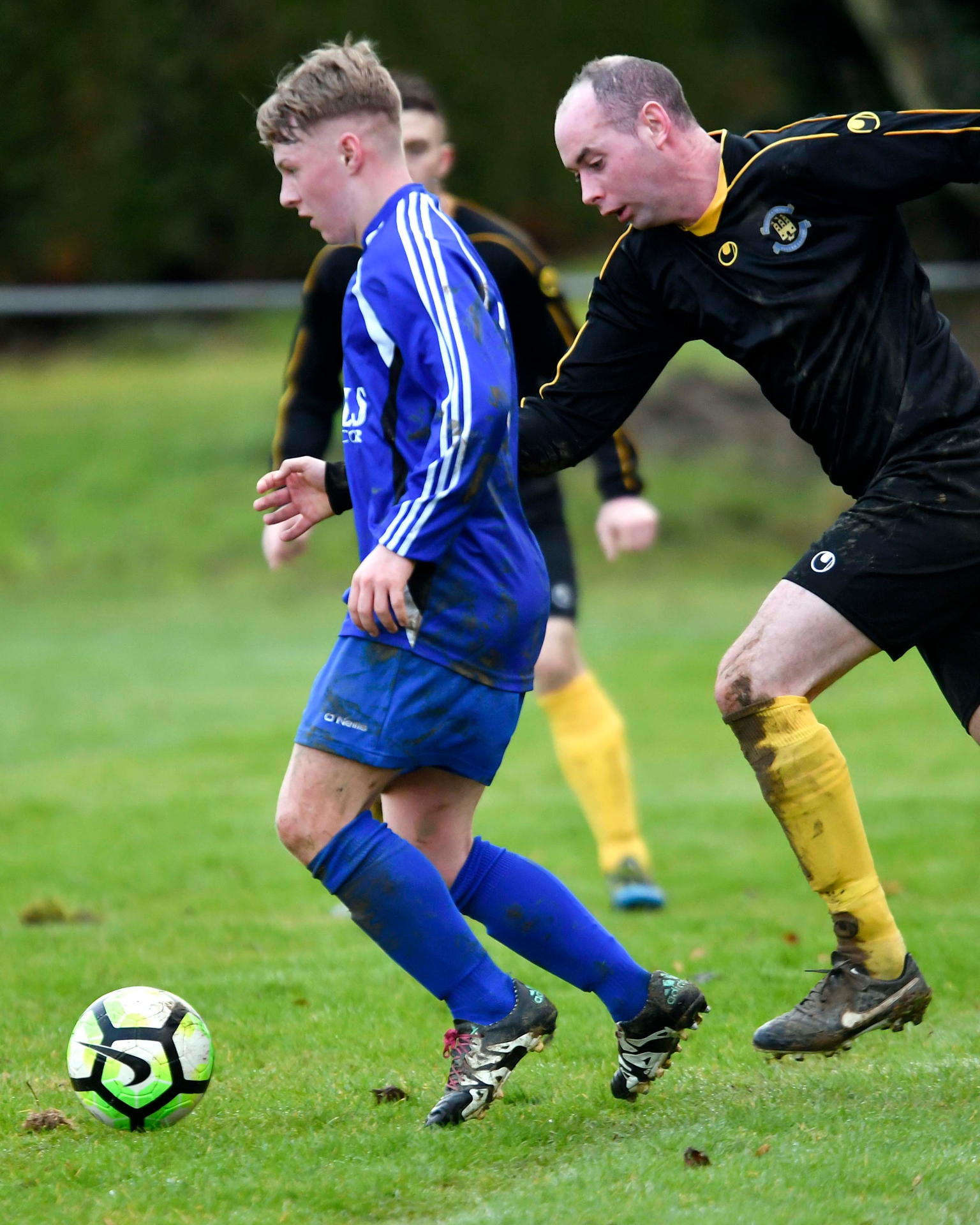 There was an element of good luck in how the goal came about for Leinster – but there was nothing fortunate about the finish. Holding up play on the edge of the box Gerard Shortt pushed the ball back out to Glenn Fulham. He tried a long range shot but scuffed his effort, the ball zipping straight to Shortt’s feet.

Given a gift a chance, Shortt didn’t hesitate. He worked the ball into space, then lashed an unstoppable low shot to the net.

Things looked grim at that stage, but Kilkenny didn’t give up. Making several changes they shuffled their pack and pushed forward, using their pace to put the LSL defence under pressure.

When they got going, the new-look Kilkenny posed a threat. They had a great chance to halve the deficit when a short Leinster kick-out was seized upon by Paddy Cahill, who instantly sent Craig Hayes on his way.

The young striker used his pace to burst into the box, shrugging off challenges as he went, but he curled his 81st minute shot just wide of the right post.

It looked as if that would be as good as it got for Kilkenny, but things were about to take a turn for the better as far as the Cats were concerned.

With normal time almost up Leinster must have thought the points were safe – Kilkenny were quick to remind them there was still time for a sharp turn in fortunes.

The Cats needed something big and, with three minutes to go, they got it. A foul on Niall McEvoy, on the edge of the box, gave Kilkenny a chance. Henry O’Neill stepped up to the free and delivered nothing short of a cracker, whipping the ball over the four-man wall, past a static sub ’keeper Adam Kenny and into the top left corner.

The Cats were purring now and pushed on for an equaliser. With the game in injury-time they went for broke, James Kelly lofting a high ball towards the box. McEvoy managed to head it on towards O’Neill, who flicked a clever pass to Craig Hayes, but Kenny got a strong hand to the ball.

The danger wasn’t over, as the rebound fell to O’Neill, but his snapshot flashed over the bar.

That might have looked like Kilkenny’s best (and last) chance to get something from the game, but Hayes’s last gasp-header gave them something to smile about.