No place like home as Fort dent Deen's hopes 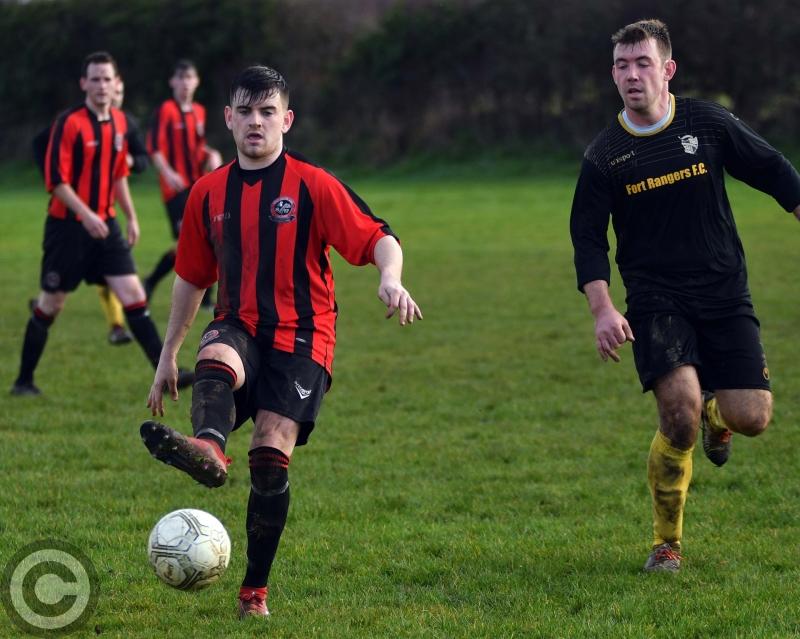 Stephen Daly (Deen Celtic A) gets his pass away as Paddy Hogan (Fort Rangers) closes in. Photo: Michael Brophy

Deen Celtic suffered something of a New Year’s hangover as they fell to their first league defeat of the season.

The Castlecomer men brought a 100% record to Wallslough, but left it behind them as Fort Rangers breathed life into the Division One title race with a storming performance.

Things haven’t gone well for Rangers this season, but they showed there’s no place like home as they grabbed their second win of the campaign.

There’s something about Fort when they play at home. Their performances have a tigerish attitude about them as they go on the offensive.

From the off they did their best to disrupt a Celtic side who had taken maximum points from their five games. The tactic worked; with time on the ball proving precious Celtic’s feathers were ruffled as they couldn’t control the flow of the game with their usually confident passing.

The alarm bells were ringing after just two minutes. Paddy Hogan intercepted a ball in midfield and sent Eddie Nugent careering through, but he was fouled outside the box. The resulting free was cleared, but the message was clear to Celtic - it was going to be one of those days.

That feeling was further reinforced when, on 10 minutes, Rangers took the lead. Awarded a free in front of goal Conor Bergin assumed duties and made no mistake, curling a peach of a free over the wall and into the top right corner of Robbie Lynch’s net.

The hosts were determined to ramp up the pressure and almost snapped up a second goal within minutes. Steven McKenna did the damage this time, getting on the end of Eddie Nugent’s inswinging 14th minute corner, but Stephen Daly was on hand to clear the downward header off the far post.

Fort were all about Deen in that opening quarter, Paddy Hogan, Steven McKenna and Eddie Nugent leading the way with strong attacking play.

With momentum on their side Rangers were confident they could add to their lead, but even they must have been surprised at how a direct path to goal paid off.

There was an element of ‘route one’ about how they doubled their advantage after 21 minutes. Jim Nugent’s booming kick-out caught the Deen defence off-guard, the ball bouncing through for Eddie Nugent to run on to. He looped the ball over the advancing Robbie Lynch, who got his hands to the ball but couldn’t stop it from going in. 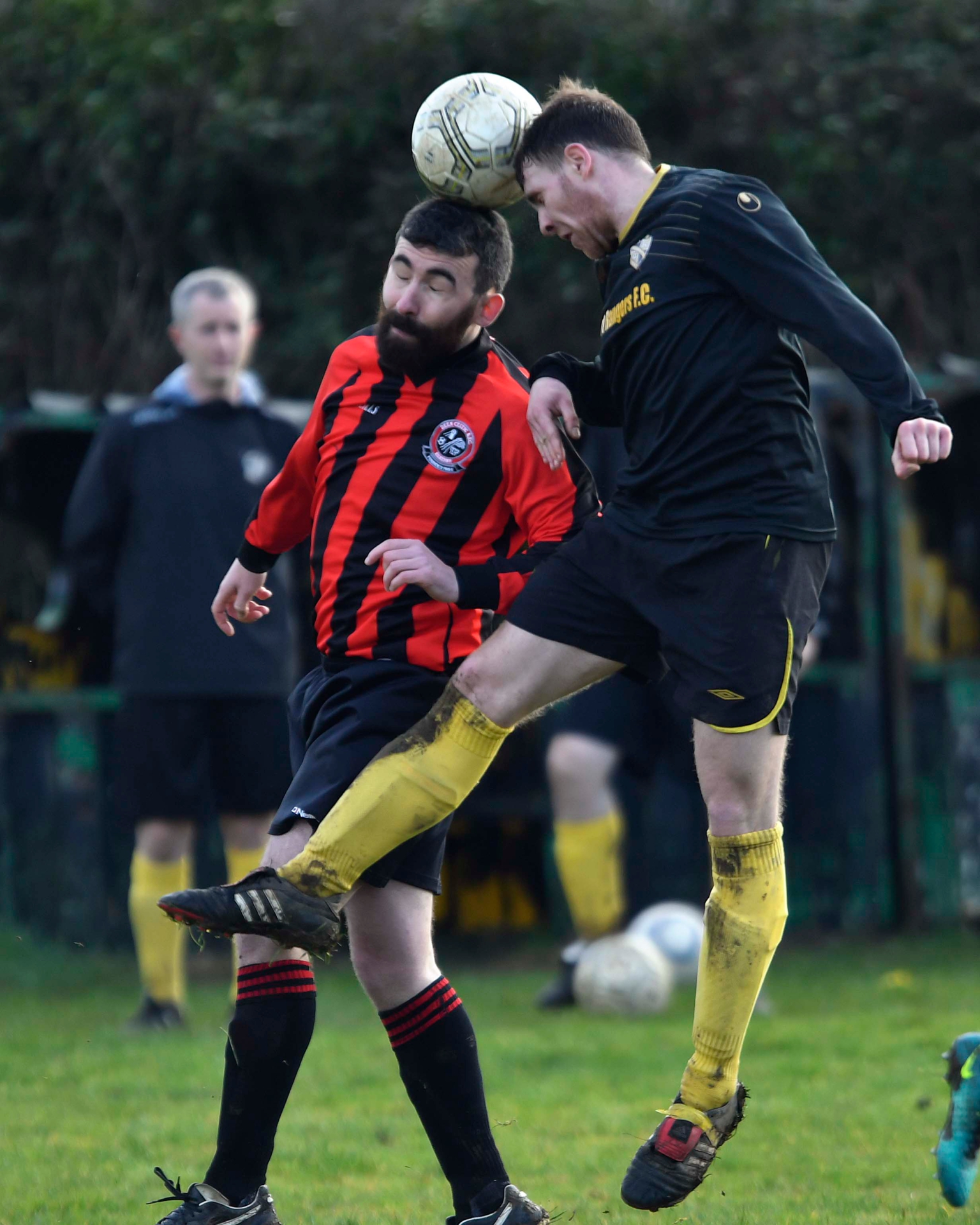 Deen came back in the game after that – they needed to – but they couldn’t find the goal they needed. Stephen Daly and Eddie Brennan went close, the latter with a header from a corner, but neither could hit the target.

Luck wasn’t on their side in attack, but they were fortunate not to fall even further behind in defence. Kenny Morris almost bagged a third goal in the last seconds of the half when Paddy Hogan played him through, but Lynch made a fine save with his feet to deny the striker.

Two goals down, Deen Celtic had no option but to go for it in the second half. There were half chances for Mark Delaney and Jason Carroll – neither paid off – but they had a great opportunity to get back into the game when Daly was upended in the box just before the hour.

Daly took the kick, firing it low towards the bottom left corner, but Nugent guessed correctly and beat the ball out, then got up to bravely keep out Carroll’s follow-up effort.

Celtic’s misery was compounded when Fort made it 3-0 some eight minutes later. The buoyant hosts caught Celtic napping when Eddie Nugent sprang the offside trap and dashed down the left. He tore towards goal, drawing Lynch from his line, before unselfishly squaring the ball for Morris to finish.

Celtic didn’t give up, pulling a goal back when Peter McPhillips finished sub Richie Lynch’s 79th minute cross, but they couldn’t get any closer to Fort, who stayed comfortably ahead until the final whistle.