'Town are all set to Sham-rock and roll in the Cup! 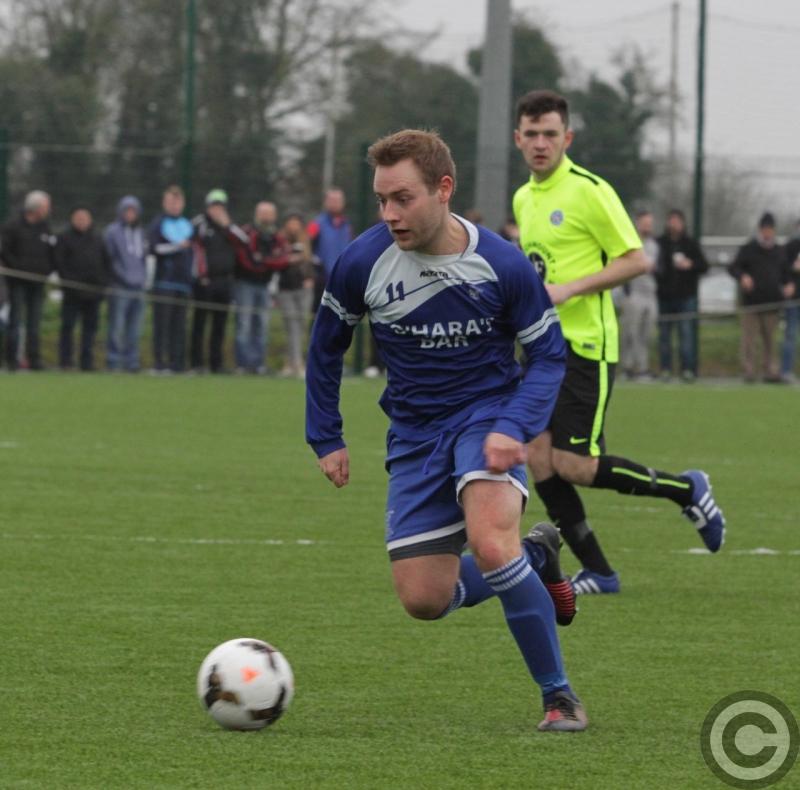 Bring on the Hoops!

That was the cry from Thomastown United as they held their nerve to come through a Leinster Senior Cup shootout and set up a meeting with the famed Shamrock Rovers.

The Kilkenny side will travel to Tallaght for their fourth round Cup clash on a high after beating Navan Cosmos on their own turf on Sunday.

A fast-paced game from the off, United weathered the storm as Navan Cosmos quickly got on top and piled on the pressure.

While chances were hard to come by for both sides early on, Navan’s pressure paid off after 25 minutes. After his first shot was turned away for a corner, Conor Walsh pounced when Thomastown failed to clear their lines, coolly chip the ball over goalkeeper Aidan Hynes to give his side the lead.

The goal seemed to waken Thomastown up and they began to push forward. Steven Connolly almost provided an immediate response, racing into the box before squaring the ball for Dessie Walsh, but Cosmos ’keeper Conor Gilseanen got down to safely collect the cross.

Connolly was proving to be a thorn in Navan’s side and quickly threatened again. Taking the ball down he delivered a cross for Mick O’Neill, who took it on his chest, but he shot just wide.

Navan went on the attack after that and almost bagged a second goal on the half hour. Panic spread when the home side fired a dangerous ball into the box, but it was just too far for the incoming Donal Callan to reach.

Thomastown drove on, and had their best chance of the half 60 seconds before the break. Again Steven Connolly was involved, rising to meet Mick O’Neill’s troubling corner, but his header thumped back off the crossbar.

Despite missing that late chance Thomastown started the second half positively. They were quick out of the blocks, C.J. Browne going on a blistering run down the middle of the pitch but the final ball let him down. Navan Cosmos upped their game and tried to grab a second goal when they broke forward, but Browne got back in time to put ColmCarney off his shot.

United fought on, going close with chances for Browne, Adam Power and Steven Connolly, but they couldn’t make them count. 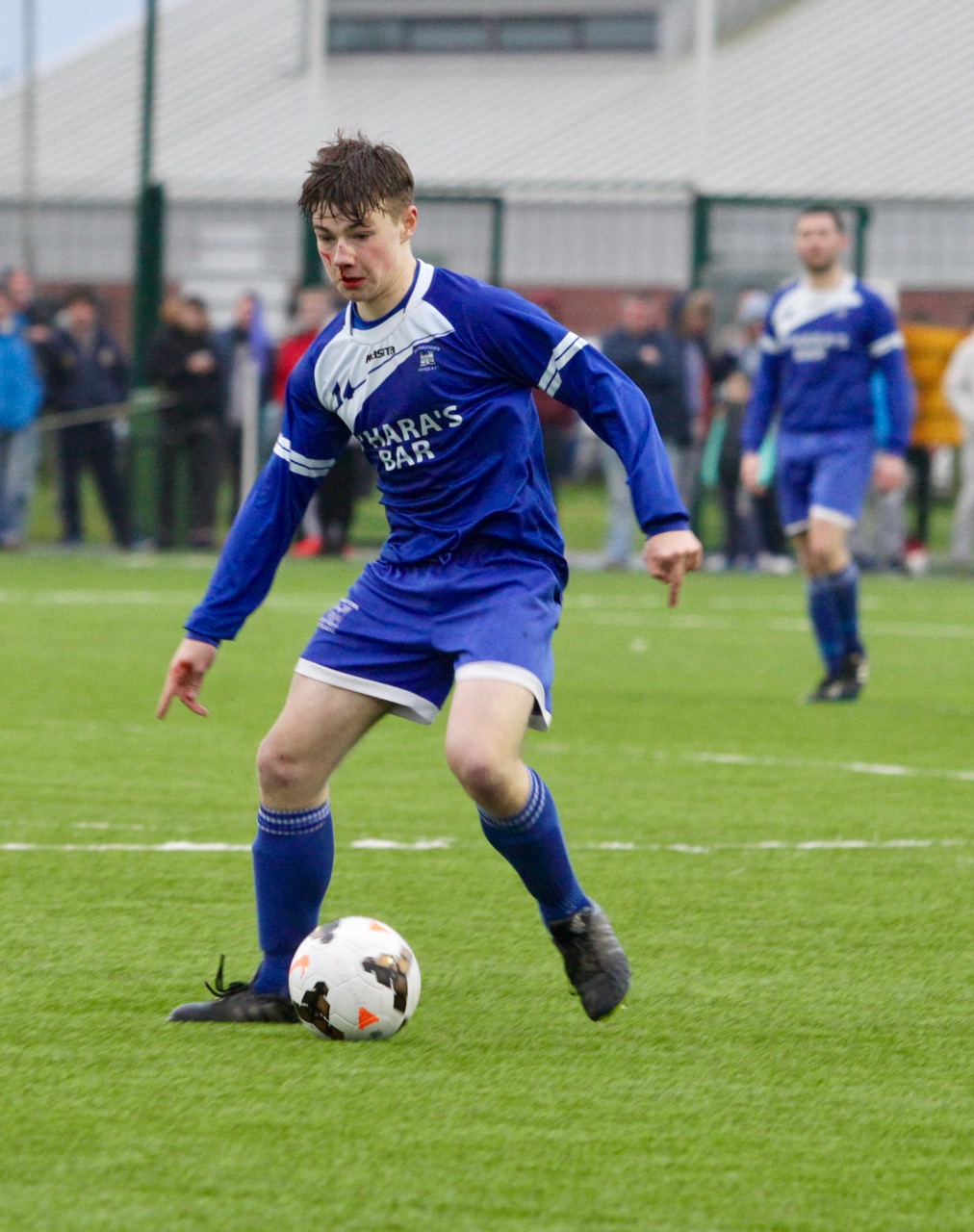 With time almost up Thomastown were awarded a free 24 yards out from the Cosmos goal. When Mick O’Neill floated the ball in it seemed destined for the top corner but rebounded down off the crossbar. Rory Monks (pictured above) reacted quickest, putting his head in where it hurts (he got a kick in the face for his troubles) to level the match.

Extra time produced just one chance for Navan, but again Hynes stayed big and made another excellent save. It was down to the dreaded penalties.

The pressure was on Derek Brennan as he stepped forward but he stayed calm, firing home to send United on their way to Tallaght.