Deep down Cats still believe they can be winners 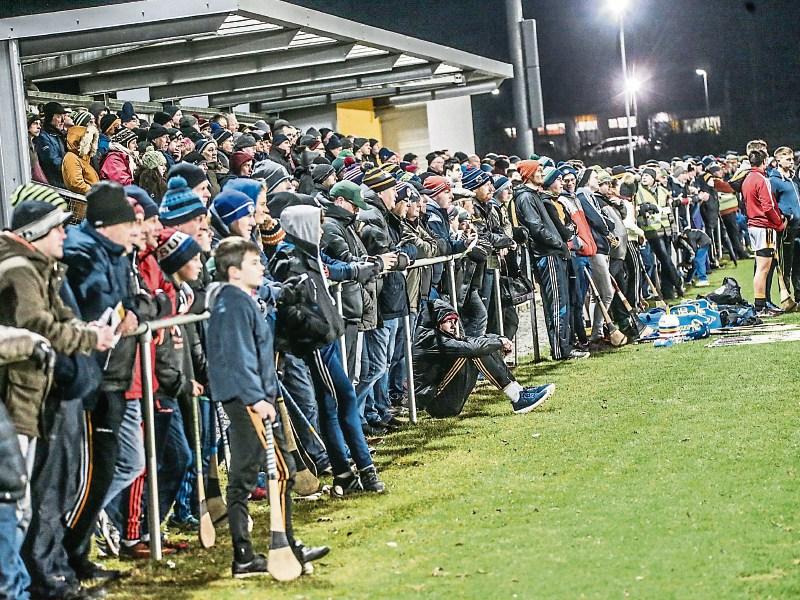 This is the ‘glass half full, glass half empty’ time of the year for Kilkenny hurling folk.

It is the time when  reflection and anticipation become seriously convoluted and future prospects can often look extremely difficult, daunting, bleak, fuzzy or whatever.

The nature of the Kilkenny hurling beast is different in the main, in that prospects for any and every season are measured long term, and targets are set high.

In a number of hurling counties - if we may use that term - the wish would be for a decent run in the National League, and ditto in the championship.

Others would have higher goals, but in Kilkenny, a League and/or All-Ireland win would be part of the equation, generally.

Some outside observers might suggest that is brash, overly adventurous or worse - downright arrogant - but that is not the way of things. Who can blame folk with the conditioning all have enjoyed over the past two decades or so?

Eleven All-Ireland final victories, plus eight National League wins during the past 18 years alone  set the tone, condition people to think big, or beyond what some others might consider modest.

That is the way of the Kilkenny hurling fan. People love their game, as an attendance in the region of 1,000 at last week’s low-key Walsh Cup match against DCU would suggest.

It was game on and guard up, and as the match wore on it was amusing to hear the crowd in competitive mode appealing decisions by the referee, looking for absolute favour for their favourites.

Usual January 5 stuff? Not really, but you get the message!

The 2016 season wasn’t long over, with the under-21 hurling A and B finals played on December 11, but the moment the curtain lifted on the 2017 season it was back to duty for the diehards, the talent spotters; those looking for an inkling into how the new season might go.

Views many and varied

And views on that are many, and more varied than usual, one would reckon. The belief that “we will be back” is still strong.

The length of time a return to the summit might take is the poser that appears to be most puzzling, troubling even, these times.

The manner of the nine point defeat by Tipperary (2-29 to 2-20) in the All-Ireland final last September didn’t only bury the bid for the three in-a-row, it shook the ordinary fan, the ones eyeing the future.

The 2016 season was a watershed. The retirements of great servants Jackie Tyrrell, Eoin Larkin, Michael Rice and Richie Power marked the last link with the starting XV in the 2008 All-Ireland final win.

Kilkenny hurling followers of this generation know they have been witness to perhaps the greatest story ever scripted by the county; they have seen some of the finest players and athletes ever to don the colours light up their lives...... Henry, J.J., Tommy, Jackie, Eddie et al.

Fans look ahead and wonder, where is the ‘D.J. of the future, the Henry, the Richie Hogan?’,  the latter who was perhaps the last outstanding youngster to show savage potential from an early, early age.

John Walsh (Mullinavat), Richie Leahy and Pat Lyng (Rower-Inistioge), Luke Scanlon and Conor Browne (James Stephens), Paddy Deegan (O’Loughlin Gaels) and so on are among those striving to be part of the next generation of high achievers.

Right now it is as if people see manager, Brian Cody and selectors Michael Dempsey, James McGarry and Derek Lyng starting from scratch in 2017. Of course they have to build a new team. They do that every season.

They are not necessarily looking for an entirely new one now! Remember, the county did contest last year’s All-Ireland final, which is an achievement not to be sniffed at, and the main body of that group will shape things again this season.

Tipperary, all indications would suggest, are the team to beat this season, and the competition is growing hotter and hotter all around....in Waterford, in Galway, in Clare, in Dublin; Cork can’t stay lukewarm forever.

What shook, or most surprised, Kilkenny supporters in the All-Ireland final was the battering suffered by the defence. Seamus Callanan, John McGrath, John O’Dwyer and so on gave the defence a bit of a going over.

Let’s be cold and honest here, the real problems weren’t necessarily where they appeared to be that day. Too much, too easily directed ball was allowed flow from the Tipp defence.

We are not suggesting things might have been turned easily in that game. No. Tipp were deadly. They were champion.

But it would be unfair to flog the Kilkenny defence, to dismiss too easily the future prospects of a growing new group that did get to the final after a trying campaign.

Missing that day through injury were All-Stars, Michael Fennelly, who will turn 32 in February, and Ger Aylward, who will hit the ripe old age of 25 in March.

The former has a huge climb ahead of him if he is to make it back, but there won’t be any rush. The Summer, when he will be needed most, is a long way off.

Aylward has yet to face the test of ‘the second season’. He arrived with a bang in 2015, coming into the team from virtually nowhere to create havoc. He ended up an All-Star.

Defenders will be ready for him this time.

He showed deadly promise when finishing the season well with Glenmore. We look forward to seeing him take on what will be a huge challenge.

Meanwhile, the talk about the future, confident or otherwise, will rumble on. There are similar discussions going on in other counties, but none with the strong background of 19 All-Ireland semi-final appearances during the past 20 years behind them.

Brian Cody, one knows, always reckons Kilkenny can be contenders. Equally, he knows they can be beaten at any point along the hurling road.

But without a genuine chance? Never.