Athletes get up and running in Leinster 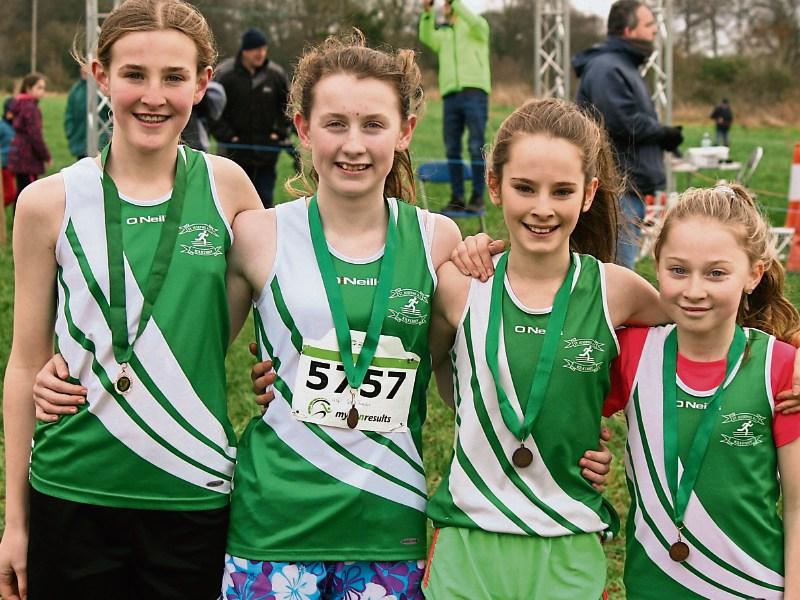 The Cowpark in Dunboyne was the venue for the Leinster cross-country championships on Sunday.

Juvenile relays and senior races in the masters and intermediate category were the main events of the day.

In the women’s masters 4k race Adele Walsh with an excellent run, finishing in fourth place overall and second in the F40 category. The St Senan’s athlete was in the second group on the first lap of the two lap course but  moved up on the second lap to take fourth place.

Adele will look forward to the National Masters, which will be held on home ground at WIT in mid-February.

In the women’s intermediate race St Joseph’s athlete Sally Forristal found herself in a similar position to Adele when settling into eighth place on the first lap of her two lap race.

The second lap saw her make a strong challenge to finish in an excellent fourth just behind the silver and bronze medal winners.

There was a good performance in the same also by St Senan’s athletes Aine Kinsella and Michelle McDonald, who finished in 11th and 15th places respectively.

The senior races were preceded by cross-country relays for juveniles, with teams from Gowran, Thomastown, St Joseph’s and St Senan’s all featuring.

Kilkenny’s star performers on the day were the Thomastown girls’ under-16 team who left the other teams trailing in their wake to take the gold medals in their event.

It marked the end of a busy weekend for Aine Kirwan and Hannah O’Keeffe, both of whom also ran in the Antrim Cross-Country on Saturday.

A number of Thomastown athletes were in action at the IAAF Antrim International cross-country championships in Thomastown.

In a race which featured athletes from England, Wales and Scotland, the Thomastown under-15 girls’ team of Aine Kirwan, Hannah and Orla O’Keeffe put in a fine performance over the 3,600m course.

While the race was won by Scottish athlete Lily-Jane Evans-Haggerty (City of Glasgow AC) Thomastown’s Aine Kirwan was to the fore, finishing as the second Irish girl home in 11th place. With Hannah O’Keeffe in 17th and Orla O’Keeffe in 33rd Thomastown finished fourth on 61pts in the club competition and were just pipped for third place by one point (Blaenau Gwent AC were third on 60pts).

The girls are all eligible to compete in this age group next year and will be hoping to get into the medals next time out. In the primary schools race, which was held over 1,100m, Orla Kirwan put in a great performance to finish in fifth place, despite giving a year to some competitors.

Kilkenny athletes face another busy weekend. KCH athletes Peter Lynch, Shay McEvoy and Annie McEvoy are scheduled to compete in the Celtic Games in Wales while the National intermediate and juvenile relays will be held in Tuam, Co Galway on Sunday.

The awards season also kicks into gear on Saturday night, when the 2016 Leinster Star awards will be presented in Carlow.