Marble City Hawks are ready to swoop for national silverware

Kilkenny side all set for Senior Cup showdown on Sunday 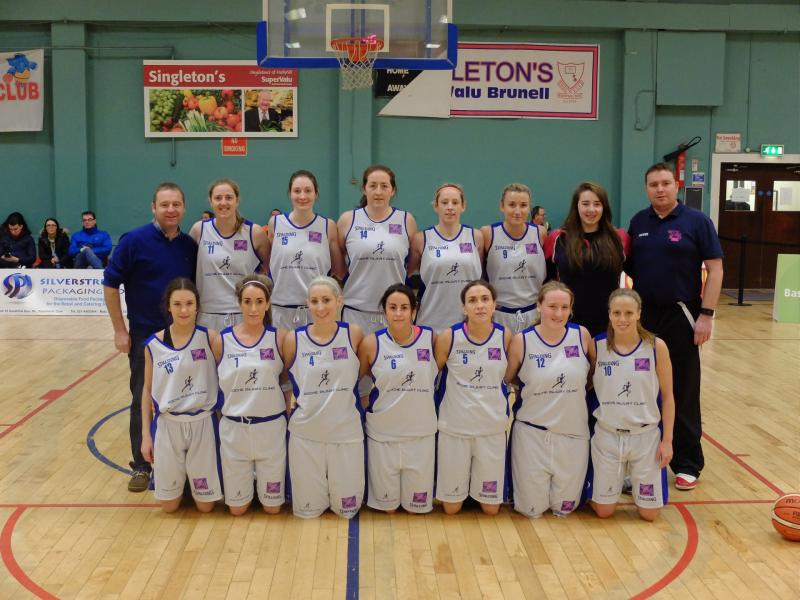 Kilkenny basketball is looking forward to a history-making day this weekend.

The county’s women’s basketball team, the Marble City Hawks, travel to Dublin with one thing on their mind - to bring some national silverware home.

When the Hawks tip-off against the Ulster Rockets in the Senior Women’s Cup final (2.30pm) at the National Stadium the occasion will mark a big day for the sport locally.

“It’s the ladies first time to ever get into the final,” said proud Hawks coach Julian O’Keeffe.

“It’s a massive achievement, especially for a team which was only put together about 18 months ago. We’re really looking forward to the game.”

That a fledgling team have made a final so quickly has been fantastic, but the ambition to reach such big days was always there in the side.

“We started the team to get the team playing in the National League,” he said. “We had a plan to get an overseas player in this year to help us get to the next level.

“The League allows you to have two non-nationals in your side,” O’Keeffe added. “We were hoping to bring one in to help us get to the next level, but we got really in lucky in finding two - Kelly O’Hallahan, from New Zealand and American Katie Fox.

“Katie played with the WIT Wildcats in Waterford under a sports scholarship and was looking to come back and play here again. It was good luck on our behalf that we were able to sign her up to play for our team.”

Bringing in their foreign stars has paid off handsomely for the Hawks - so much so that O’Hallahan picked up the Player of the Month award for December.

O’Keeffe was named Coach of the Month at the same time, but was quick to deflect the praise back to his team.

“The fact the girls have done so well means that I got an award too, but really it should have been a Team of the Month award,” he said. “That’s the way I look at it - the girls were the ones who put all the effort in.”

O’Hallahan and Fox are just part of the Hawks success story this season. Their displays, and attitude, have rubbed off on the team.

“Kelly and Katie have been a huge plus,” he said. “They’ve given the whole club a lift,” he said. “We were struggling at the start of the season. Last year we had 16 players but this year, between college and family commitments we lost more than half of our squad.

“Once the two girls came in they gave everything a boost. We were without Katie, our point-guard, for the first two games of the season and we struggled, but when she came in it started us on a massive run.”

That run has included some good scalps in their Cup adventure, which started with a win over a fancied Fr Mathews side from Cork.

“Fr Mathews would have been one of the favourites to win the league this year,” said O’Keeffe. “We had to travel down to Cork to play them. They hadn’t lost there in two years but we played out of our skins and won 63-42.

“The semi-finals saw us go up against Oblate Dynamo from Dublin, one of the longest-serving clubs in Ireland. We contained their big players and got the 64-44 win that earned us a final meeting with the Ulster Rockets. It’s a dream come true.”

The final won’t be the first time the Hawks have come up against their Northern opponents. Having beaten them in the League already, they will be hoping for a similar result this weekend.

“We played the Rockets in November and won that game,” O’Keeffe recalled. “The biggest asset for the clubs is their foreign players. We managed to contain the threat of the Rockets’ American players last time out and we’re hoping we can do the same again on Sunday. Do that and we have a great chance.”

Naturally, the Hawks are tingling with anticipation ahead of Sunday’s big game.

“The girls are buzzing for the final,” said O’Keeffe. “We were disappointed to lose to IT Carlow on Sunday in the League (the Hawks lost 74-76 after double overtime) but that shows how far we’ve come. Carlow played us at the start of the year and scored a big win, but taking them to double overtime this time shows how much this team has improved.

“We know we’ll be up against it for the final, but finals are there to be won. We’ve always wanted to get to a final, but didn’t think we’d make it there so quickly. To play in the National Arena will be a great occasion, so hopefully we’ll have a huge Kilkenny crowd there to cheer us on.

“The girls would certainly appreciate the support,” he added. “They’re really looking forward to it.”