Crocked knee or not, Power to drive on with Kilkenny champs

The longed for destination is Croke Park 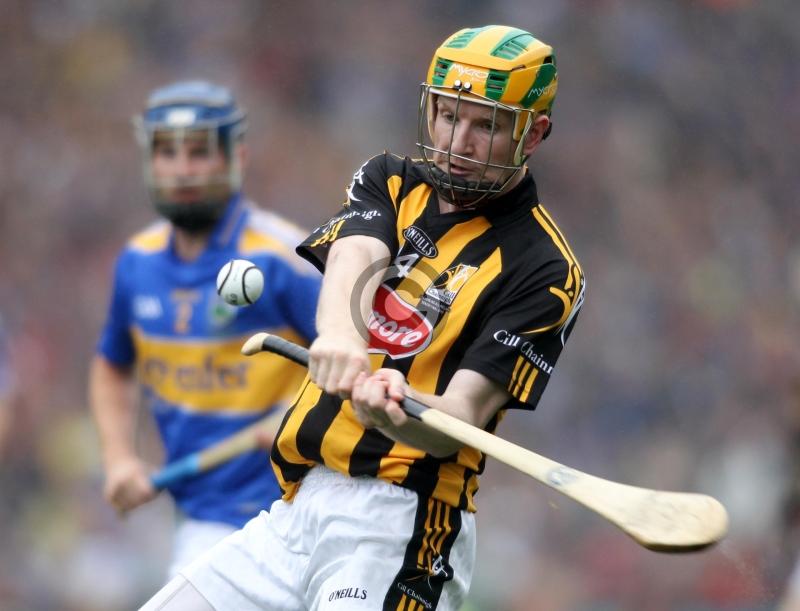 Crocked knee or not, Richie Power is determined to drive on with Kilkenny intermediate champs Carrickshock

He may have a crocked knee, but former Kilkenny star, Richie Power is an inspiring force in Carrickshock’s bid for All-Ireland club glory.

The eight times senior All-Ireland medal winner is driving himself through the pain barrier in a bid to be part of Carrickshock’s effort to qualify for the All-Ireland club intermediate hurling  final in Croke Park on Saturday, February 18.

“Here is a lad who had won everything, yet he is driving himself really hard to be part of the effort,” insisted Carrickshock manager, Tommy Shefflin, who is all but gobsmacked by the 31-year-olds commitment to the cause.

Power was advised by doctors to give up hurling last year when they delivered the chilling verdict that his  left knee was beyond repair.

Years of wear and tear during action at the highest level, and at least a dozen operations to rectify various injuries, left Power with a knee that, apparently, could take no more.

Yet Power will travel to the All-Ireland semi-final against Robert Emmetts (London) in Portlaoise on Sunday expecting to be part of the team.

The former All-Ireland winning minor captain played a bit-part in the Kilkenny and Leinster championships, but in recent weeks he has played full matches during the build up to the semi-final.

Power, apparently, has to train to train. He works out for up to 40 minutes on  an exercise  bike in a gym before joining his colleagues for training on the pitch.

“People don’t realise the effort he is putting in,” Mr Shefflin continued. “For a man who  has won so much it is unbelievable.

“He could easily have walked away from the game, but he can’t. He loves the game and club too much.

“If we are training in Piltown at say 7.30pm he has to go to the gym in Hugginstown at 6.30 to work  on the bike before his knee is loose enough to train.

“It is a remarkable commitment. It is great. That is what the club is about.

“All the boys can see what Richie  is doing to try and be part of this dream to win an All-Ireland for Carrickshock. He just wants to be part of this like everyone else.

A former Kilkenny colleague of Power’s, John Dalton is also driven by the desire to achieve something very special in the famous club colours.

“He told me he   wants to play in Croke Park with his  club,” Mr Shefflin revealed. “We are not losing the run of ourselves and looking beyond Sunday’s game, but that is the mood among the experienced players.”

Dalton has played in Croke Park on numerous occasions   with Kilkenny, but he wants the Croke Park experience with his club.

Mr Shefflin said things have been going well in training for Carrickshock.  The effort was tremendous from everyone,  but Sunday was the day of reckoning.

“If you can perform on the day  that takes care of a lot of things,” he said of the challenge ahead. “It is all about the day. The players have to do it when they go out on the field.”

The manager said he was not worried about losing the strong momentum they had built up at the end of 2016.

The ’Shock beat Kiltale (Meath) and Celbridge (Kildare) in Leinster.

They got a fair shock in the latter match, when a rush of late goals robbed the opposition of a win that looked like being theirs for long stretches of the match.

“You have to make your own luck,” Mr Shefflin said of that situation. “With five minutes to go the lads could have let go. They didn’t.

“We could have got three or foul goals before we scored the first one. Once we got one they began to flows.

“It is all about sticking at it. If you don’t keep going the breaks won’t come.”

At the moment Dalton, John Tennyson (hips), former Offaly star, David Franks (hamstring) and Michael Rice (shoulder) were nursing knocks, but all were expected to be fit to play.

“These lads know how to get themselves right when it matters, so I would be happy enough with things,” said Mr Shefflin, who shares the sideline duties with Larry O’Shea and Pat Fennelly.

The Selection Committee travelled to the All-Ireland quarter-final in London recently to run the rule over the opposition.

It was an awful day and the pitch was far from ideal, but ’Emmetts looked formidable. The Cats’ concentration will be on getting their own game right, however.

They have done a lot of training in the MW Hire Training Centre in Dunmore, which has a similar sand-based pitch to the semi-final venue in Portlaoise. Piltown was also used extensively.

“The County Board have been very helpful  in terms of making Dunmore available,” the manger explained. “The ball moves much the same in Dunmore as it will in Portlaoise, so as a training venue it is ideal for us.”

This time last year Carrickshock were trying to drag the pieces together after being relegated from the senior grade. The mood was grim, if determined.

The feeling right now is that life could hardly be better.

December 30 was the first serious training session after a short  Christmas break. The attendance -  37 players in Piltown.

“As for effort and commitment, they can’t be faulted,” said Mr Shefflin, who has experienced club competition at the highest level with his own Ballyhale Shamrocks.

“They are great. They are like any club would be in our position. They are deadly serious about the business and the effort of trying to get to a final in Croke Park.

“They all want to be involved.  Things are so   different from last year. We are in a new year and it is all go again.”

They have no worries about losing the strong drive generated during a successful run through Leinster.

With an All-Ireland semi-final, and possible final, part of the immediate agenda and a return to the Kilkenny  senior championship to follow there is nothing but glad tidings on the horizon.

The constant training and  run of matches should leave Carrickshock in a decent  place come the start of the local 2017 season.

“Against Celbridge we might have focussed too much on them,” suggested Mr Shefflin when he looked back on the provincial final. “This time it is all about our own form.

“Robert Emmetts are decent. They are good club hurlers, and  if we are not ready we will pay a price.

“If we are right and the hunger and desire are there then that will take us a long way. We are in a great place, chasing a place in an All-Ireland final in Croke Park.

“These championships are wonderful for clubs and communities. If we were back training now for 2017 we wouldn’t have the numbers, the enthusiasm, the excitement that is about.

“If we get to the All-Ireland final it will inspire the young lads. Success breeds success,” he insisted.