Another easy day at the office for Kilkenny 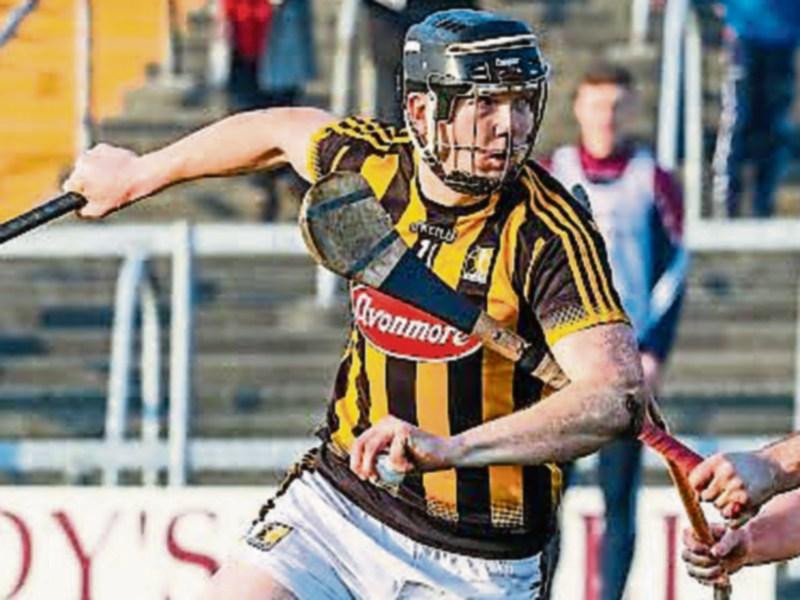 Walter Walsh - he was in flying form in attack

The future was all that mattered after Kilkenny sauntered to another victory of unknown value.

The journey across the plains in the Walsh Cup pre-season hurling tournament has been without trouble.

But the journey was necessary in a competition aimed at boosting a serious cause - the   players injury fund.

Kilkenny's  last two wins over Antrim, and then Westmeath in Mullingar on Sunday, were by a combined total of 38 points.

Barely sweat breakers for the Leinster champions who had to concede the use of troops to colleges teams.

Now a bit of an incline, you would expect.

A semi-final away against Wexford on Sunday, with former Clare and Waterford manager, Davy Fitzgerald pulling the strings on the sideline.

An inviting prospect. Fitzgerald will bring a different agenda to Wexford hurling.

For  that reason alone  this fixture should be an inviting affair, a more intense test.

"We got a bit of a lead early on and that gave us a cushion," Kilkenny manager, Brian Cody said in summary of the win over Westmeath. "We didn't drive on as we would liked to have.

"Then it was only the second game of the year. We got a win, and it is good to be getting another match next Sunday.

"Antrim and Westmeath are two good hurling team. Westmeath were very competitive. We both scored the same number of points, so it was the goals that made the difference.

"Wexford have had a few good wins, so I think our clash with them will be competitive.

“It will be a good work-out with the  start of the National League just around the corner."

Players have to give first preference to their college teams in this competition.

As a consequence, Kilkenny have been working off tight panels; 21 on Sunday; 20  the previous weekend.

Richie Hogan sat this one out. He felt a bit of tightness in a quad muscle before the  game, so it was decided not to risk him.

T.J. Reid landed awkwardly after fielding a high ball around the hour mark, and twisted his knee.

He left the field within minutes, but he was okay afterwards.

Full-back Michael Walsh took a bang on the hand and was taken off at half-time, but he should be good to go again at the weekend.

Two games, two injuries for Walsh, who is back in contention after putting the horror of a cruciate ligament rupture  behind him. He isn't enjoying much luck as he tries to force his way into the team.

The Noresiders struck hard  and registered goals early on against Antrim and Westmeath. Two goals were nabbed both days.

This time Walter Walsh, with an assist from the industrious and ever so keen Pat Lyng, and Jonjo Farrell, having fielded a delivery from Lyng, set the net dancing before 11 minutes had passed.

The latter score, it must be said, could have been scrubbed because the Thomastown man travelled a distance with the ball in hand.

The referee didn't make the call.

Thus, Westmeath found themselves 0-1 to 2-5 behind. An already tough task was now a back breaker.

Their score was from the very impressive Brendan Murtagh, who nabbed four points from open play.

The Cats indulged in a bit of over-playing of the ball after that, and the concentration at times was on getting goals.

Walter Walsh drove things hard, but no one put in more effort than young Pat Lyng, who is determined to make the best of the chance he has been given.

Ollie Walsh worked hard and did well too, as did Jonjo Farrell, T.J. Reid - the locals couldn't get over how big a man he is - Paul Murphy and Michael Walsh, until forced to quit.

Walter Walsh slipped home a third goal in the 13th minute, clipping in the ball into the net from close range after the 'keeper, Paddy Maloney, blocked out a rocket from Lyng.

Indeed, Walsh might have completed a hat trick by this stage, but the goalie defied him.

The losers worked their scores mainly through free taker, Allan Devine (six) during this half.

That was a decent effort, it would have to be admitted, with Devine, Murtagh, Aonghus Clarke and Joey Boyle their most productive performers.

Kilkenny introduced Kieran Joyce and Shane Prendergast at the break to bring to seven the number of their All-Ireland team on duty. Lester Ryan was given his head too.

Westmeath hopes of getting back into the game were wrecked by ill luck within minutes.

A foul on young Lyng on the '50' saw T.J. Reid step up to the free. His strike on the ball was poor.

The shot seemed to be going wide to the right of the posts, when Walter Walsh kept the ball in play and drilled  it across goal.

Jonjo Farrell was running in from the '40'. He made a clean catch, and momentum brought him clean through on target. Nice goal.

Kilkenny eased back on the throttle after that. Reid laid off some lovely passes to runners all around him.

At one stage they put four scores together per Niall Mitchell, a great effort of his left, wing-back Aaron Craig, when gifted possession from a loose Kilkenny clearance, Brendan Murtagh and Allan Devine.

After the latter score Richie Leahy forced goalie Paddy Maloney into another top class save.

It was a reminder, we felt, that the Cats had a bit more in them if forced to produce it.