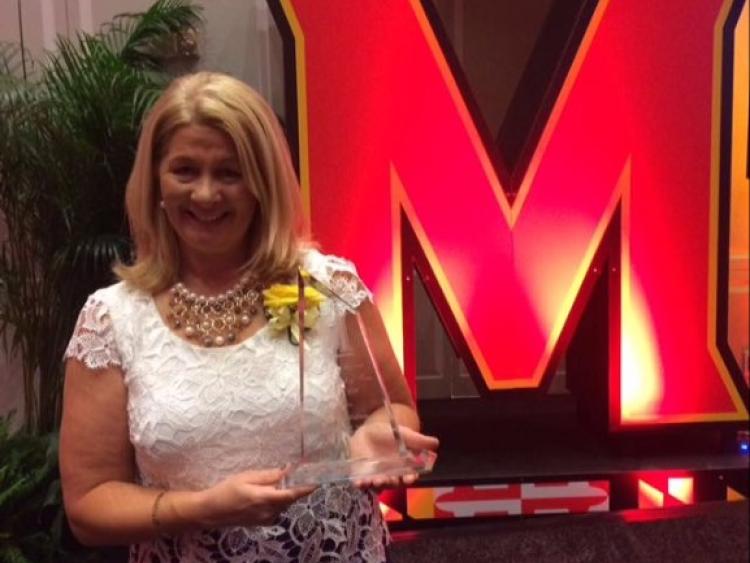 Tullaroan native Marita Walton-Lanigan with her Hall of Fame award from the University of Maryland.

A Kilkennywoman has been honoured for her athletics achievements in the US.

Marita Walton-Lanigan's record was recognised by the University of Maryland, who inducted her into their Athletics Hall of Fame.

The first Irishwoman to receive a sports scholarship in 1979, Tullaroan native Marita was honoured at a gala banquet in Washington. She was six-times All-American in shot-put and discus and was also the US indoor national champion and record holder in 1982 and 1983.

Marita, who still holds the Irish record for the senior women’s shot-put, travelled to the event with her husband Eddie, sons Simon and Martin and daughter Marita.

Kilkenny coronavirus - second day in a row of no new cases