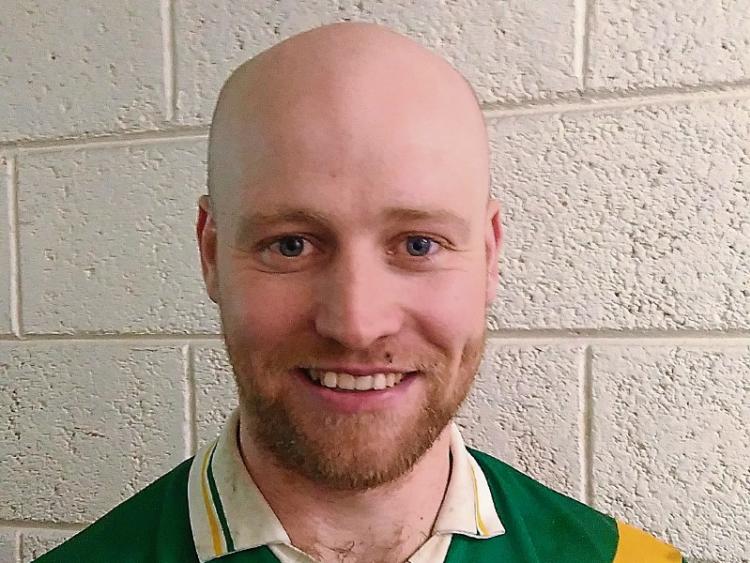 Carrickshock player, John Butler, is on something of a personal challenge in the delightful  adventure that is  the club championship.

The one time team goalkeeper, and custodian in the 2013 county senior hurling final against Clara, is challenging himself to become a decent forward on the team.

The 29-year-old had been keeping goal for Carrickshock for the past  four or five years.

Last season he felt the fun was draining from the game for him, and he sought a change - as an attacker.

Around the same time, regular attacker Jamie Power was feeling like a change too.

The reaction from the selectors was more or less “why not, have a go boys,” but  no guarantee was given to either player.

Now Power is doing nicely in goal, and Butler forced his way into the starting team for the first time on Sunday for the All-Ireland club intermediate semi-final against Robert Emmetts (London).

The currency on which  any forward survives  is scores. Butler came up with three from play against Robert Emmetts to maintain  his 100% scoring rate in games in the competition.

“I have to say I enjoyed that,” John beamed when reflecting on a good afternoon’s work when we spoke afterwards.

“It was my decision to come out of goal,” he explained when one wondered why he was playing outfield now.

“I wanted to give it a go out field. I wasn’t enjoying playing in goal any more. I always wanted to be outfield, and I have a few years to chance it now.

“I feel I am going better this year than I ever went.  Hopefully I can bring my best game  to the big stage, and the All-Ireland final in Croke Park.

“I got into the starting team today. That is progress.  Now we are in an All-Ireland final, where we dreamed of being for a long time. It is a great, great feeling.”

John recalled briefly the All-Ireland club final  of 2004 when Carrickshock were beaten in Thurles. He was  about 16 at the time, and  he remembered thinking that some day he would like to try something like this with his club.

Now comes the big chance, for everyone.

“It is a great feeling to be part of this,” he assured. “I never really thought I would get the chance to play in Croke Park. Now. Wow.”

Adventures like Carrickshock are on is  what the game is all about, chasing honours, he insisted.

“This is great for the club and all the young lads involved,” John said. “They are getting a great buzz out of this, just like I did in 2004.

“The youngsters  will be coming to Croke Park with us, and hopefully they will want to follow in our footstep sometime down the road.”

There was a new energy and spirit in the club since Carrickshock  won the championship in Kilkenny.

“This is great,” he added. “We are going up senior too, which adds to it. Thoughts of the senior grade will be parked for All-Ireland final  day, however.”

He continued with enthusiasm: “The All-Ireland final in Croke Park is the stuff of dreams. A number of the lads have been there over the years, but for someone like myself the chance to grace Croke Park is unbelievable.”

John never played at under-age level with the county. He was on the Development Squad years ago, but he never kicked on.

“This is what the club championship is about, players like me getting to play in Croke Park, and  with your best friends, the people you grew up with,” he enthused.

“We are all great friends. A lot of the county players say it doesn’t get any better than going to Croke Park to play with your friends.”

He insisted being part of “all of this” was a massive experience.

“We have three weeks to prepare for it,” he reminded. “I have a personal challenge facing me, to make the starting XV.

“I have three weeks to nail my place down. That’s my challenge.  I am up for it.”

Meanwhile, Robert Emmetts manager Kevin McMullan was far from bitter after the defeat, even if, as he felt, their chance of causing an upset were dashed when they had two players sent off in the first half.

“The first red card was understandable. The second.... Then in the second half the referee gave us everything,” he said when as he laughed loudly.

“If he had been half decent in the first half it might have been a better game,” added  McMullan. “Carrickshock were probably a bit better, but it was a great experience for our players.

“At half-time I told the players they had two options. They could stay in the room  and feel sorry for themselves, or go out and fight as best they could.

“They chose to do the latter. I couldn’t have asked for any more in the second half. They out-scored Carrickshock. They did their best. There is no more I could have asked of them.”

He admired the way  Carrickshock spread the ball around, kept on the move, and  wished them well in the final.

“It is crazy trying to keep the game going in London,” he said of the challenge for his own club. “Some of the lads go to work at maybe 7am; going to work and bringing their gear for training. They might not get home until 11pm. That is some effort.

“They put up with the hardship because they want to play hurling. We deserved to be here, and people should remember that. We didn’t fear Carrickshock or their big name players. We have stars in our team too.

“This is a big deal for us, to get a shot at the All-Ireland title. This is a good championship. The more we get to this level the better chance lads have of improving.

“No-one goes to London to play hurling. They go there for work. Hurling would be three or four down the list of priorities, but lads want to play hurling and we give them the opportunity.”