Kilkenny's sad goodbye to the 'Cup 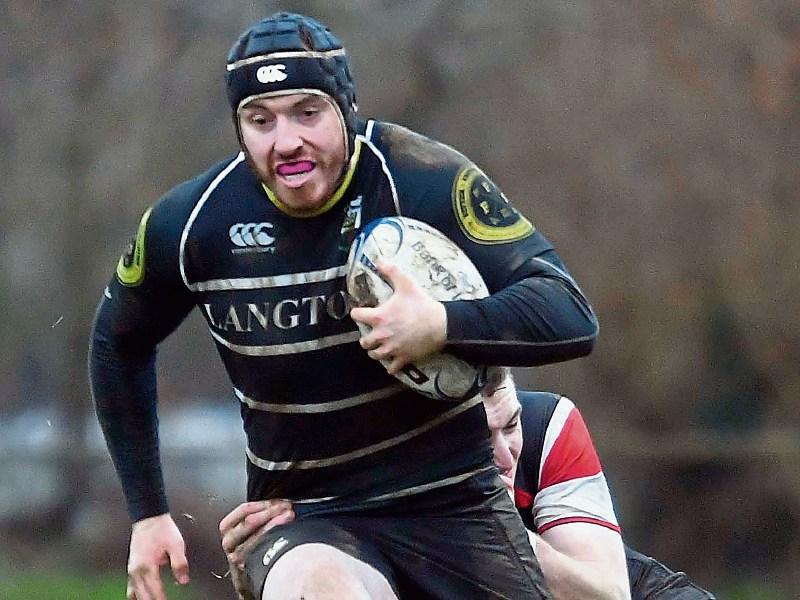 Unlucky Kilkenny crashed out of the 2016/2017 Provincial Towns Cup in dramatic style in Foulkstown.

The team turned in a brave, brave performance against defending champions,  Wicklow but came up just short and defeat added further to their woes this season. The final score was 12-11.

The weather was  typical of cup tie stuff. It was  wet. The ball and ground were greasy, but nevertheless, Kilkenny put in a gallant effort against tough, well marshalled opposition.

The first half went in favour of the visitors as they adapted better to the trying  conditions.

Wicklow repeatedly attacked the Kilkenny line and the hosts soon found themselves on the back foot. With nine  minutes gone the inevitable happened.

Kilkenny were penalised for collapsing the scrum which gave Wicklow’s No.10, Niall Earls, the opportunity to open the scoring.

Earls made no mistake with his kick, much to the delight of the huge Wicklow support who had travelled. Kilkenny fought back as hard as they could, and were very unlucky not to score a try later in the half.

However, an unforced error proved costly  in the final run-up to the Wicklow  line.

The visitors  added two further penalties through the boot of Earls in the 20th and 35th minute to take a firm grip on the game.

Kilkenny stuck to their guns in determined fashion, and with only minutes left on the clock, the opposition  were penalised for a high tackle.

The offender received a yellow card for the infringement. Jake McDonald kicked the ensuing penalty to open Kilkenny’s account.

Those penalty points left  the half-time score 9-3 in favour of  the current 'Cup holders.

Kilkenny came out in the second half with all guns blazing.  With just 10 minutes gone McDonald got his second opportunity to reduce the deficit when Wicklow were penalised for offside.

McDonald took full advantage. With the deficit  down to three points, Kilkenny upped the ante and applied greater pressure.

A tactical change in front-row players steadied the scrum and provided a solid base for Kilkenny’s offensive game. The pressure finally paid off when Kilkenny captain, David O’Connor, aided by his fellow forwards, crashed over the line for  the only try of the game.

Wicklow hit back with everything they could muster. Kilkenny soaked up the pressure.

A momentary lapse in concentration saw them give away a penalty from a very kickable position just left of posts and outside the Kilkenny 22 metre line. Despite the pressure, Niall Earls made no mistake and put Wicklow one point in front.

With the clock ticking down  the final minutes were nail-biting for supporters.

The home side  regained possession on the half-way line and drove for the Wicklow try line. Keeping the ball tight, the Cats continuously punched up the middle of the pitch and with time now elapsed they finally entered the Wicklow 22.

Maintaining control of the ball they drove the final few metres to the line, attempting to force Wicklow into an error. With Kilkenny virtually  on the try line, the call came for the ball to be flashed out to the backs.

Full-back Liam Caddy saw an opportunity of a drop-goal finish, but his attempt dipped at the last second and went low and left of the posts. After  that the referee blew full-time.

Kilkenny hearts sank as the realisation of the tough season they have had so far became reality again. It must be said that despite the disappointment, this was a fabulous effort from the  team and every player should be proud of their  performances.

Kilkenny’s next outing is in March when they travel to Ashbourne in the penultimate game of the Leinster League.

Ashbourne will be  on a high following  after being crowned  All-Ireland junior champions. Kilkenny will have it all to do.

The break until then will give Kilkenny  time to regroup and rethink their game plan. With luck, they may be able to turn their season around and survive in Division 1A.