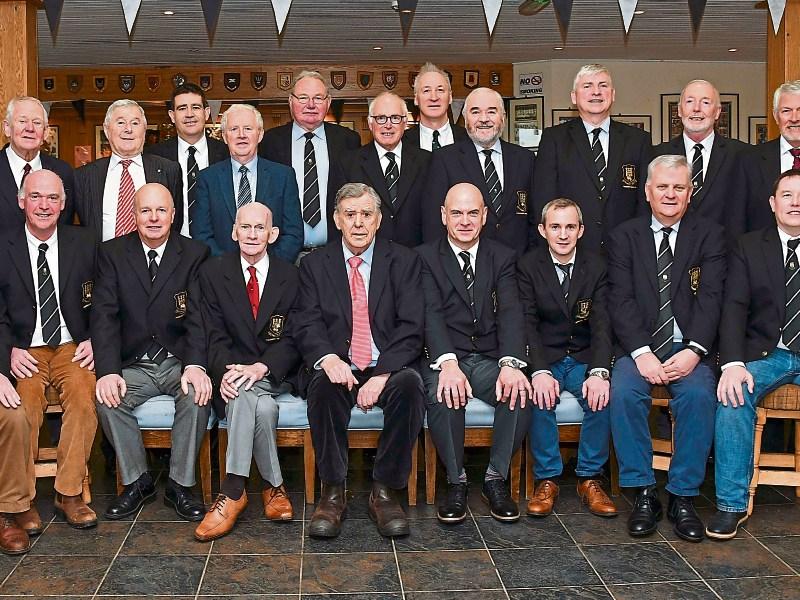 In tandem with the opening round game in  the Bank of Ireland Provincial Towns Cup tie at Foulkstown, Kilkenny RFC celebrated both past glories and present successes of the club on Sunday.

Before the kick-off in the match against Wicklow, current club President Padraic Treacy, was the proud host to 22 former club Presidents.

The former club Presidents present served  from the mid-eighties to the present day.

A light lunch was served and old friendships were re-kindled. Stories of past glories filled the air.

Padraic Treacy said  in his luncheon speech that it was a great honour for him as current President to host the event and to welcome the past Presidents to the club.

He looked forward to organising many more such events during his Presidency.

Later in the day came the  time to celebrate present successes.

The President was called on to make a special presentation to Kilkenny under-18 captain, Conan Dunne, in recognition of his recent achievement on gaining his first cap for the Ireland under -18 team  against Portugal in early November.

Conan’s former coach, Derek Lawlor, paid tribute to him and described him as a young man with an abundance of talent and  a very bright future.

Conan was presented with a silver plate to mark the occasion, plus a club tie by President Padraic Treacy, who mentioned the success the club has enjoyed down through the years.

The President said he  was delighted for Conan that ex-Irish internationals Willie Duggan, Ronan Kearney and Mick Galwey were in the audience to celebrate the young man’s achievement.

Despite a disappointing result for Kilkenny in the Towns Cup match, a fabulous day was had by all and one that will be remembered in the club for a long time to come.