'Green ready to go on the march again!

City side switch attentions to Leinster Senior Cup this weekend 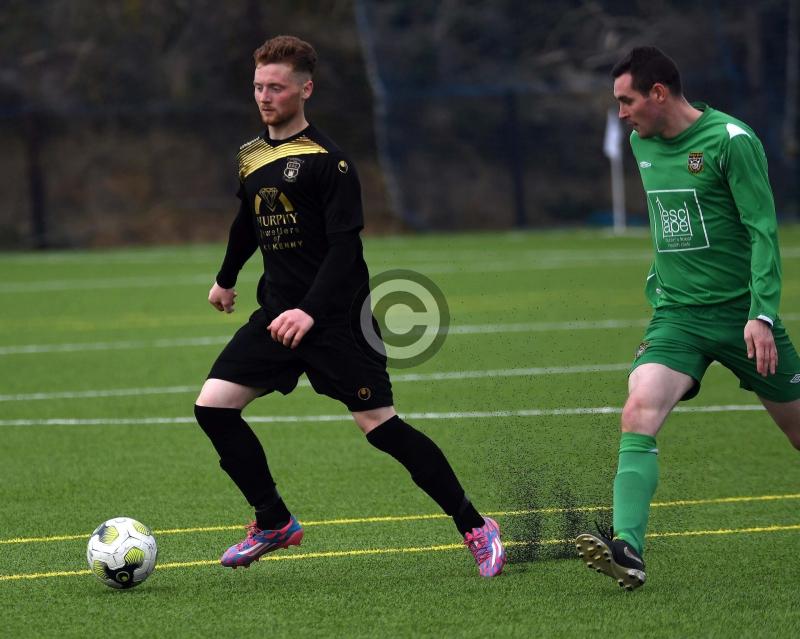 Conor English was on target with a stylish free-kick for Evergreen at the weekend. Photo: Michael Brophy

The race for silverware continues for Evergreen, who will go chasing another Cup scalp this weekend.

Just days after beating Willow Park in the FAI Junior Cup the Kilkenny side will hit the road for a big Leinster Senior Cup on Sunday.

Packie Holden's side will play Tallaght's Firhouse Clover on Sunday (kick-off 12 noon), with the winners facing a potentially mouth-watering tie against Airtricity League side Longford Town in the fourth round.

The Premier Division champions will be hoping to match their local rivals Thomastown United, who will host Shamrock Rovers in their fourth round game on February 18.

Evergreen were given the perfect platform for their latest Cup adventure thanks to their 2-0 win over Willow Park at home on Sunday. Sean Barcoe shot the hosts in front with a 14th minute header before Conor English's impressive second half free-kick sealed the win.

English's goal, which was captured on video by Evergreen, has become something of an online hit, receiving more than 2,800 views since it went live. You can see it here: