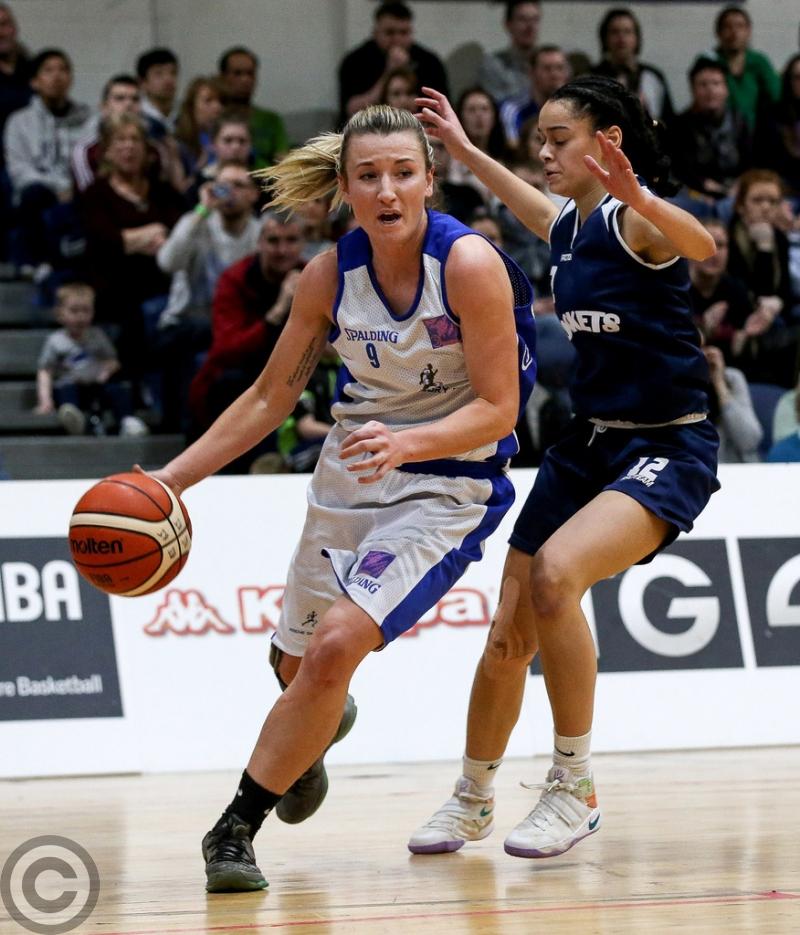 Marble City Hawks player Kelly O'Hallahan has been named the Division One player of the month for January.

She may have missed out on lifting the Senior Cup, but her exploits under the national spotlight have earned Marble City Hawks basketballer Kelly O'Hallahan another award.
O'Hallahan was named Basketball Ireland's Division One Women's Player of the Month for January, the second month in a row that she has earned the honour.
The New Zealand native was a big force in the Hawks' drive to the final, where they took on the Ulster Rockets. O'Hallahan scored 19 points in the final at the National Basketball Arena, but it wasn't enough to stop the Rockets from pipping the Kilkenny side 55-54 in overtime.
She was back in high-scoring form at the weekend, hitting 21 points as the Hawks beat the Ulster Elks 56-53 in the league to keep their hopes of a top four finish alive.

The Hawks will have a chance to gain some revenge on the Rockets when they travel to Ulster for their League game on February 18.