“It’s this time of year, when you have to put in the hard work, that you win your place.” 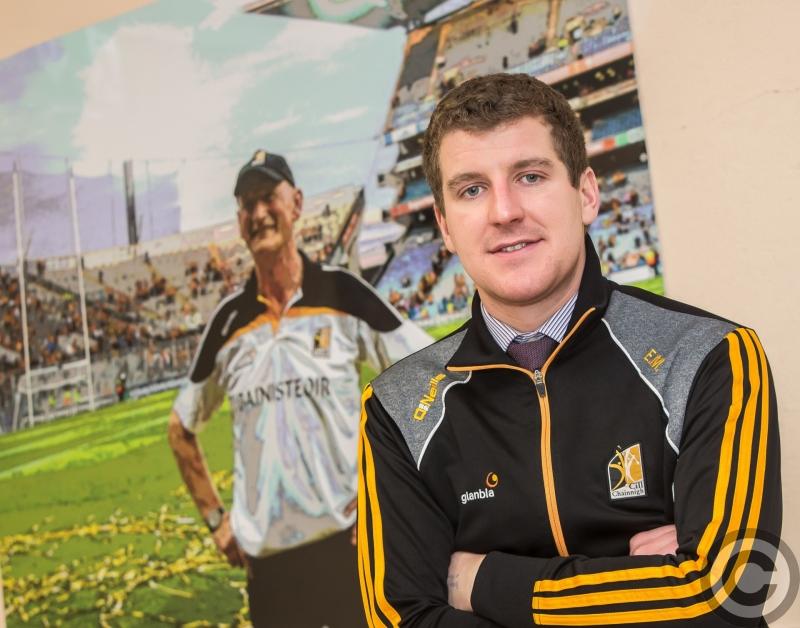 Another year, another season of expectation. The start of the hurling campaign brings about the same old targets for the hurling counties, but for players like Eoin Murphy those goals have become like familiar friends.

“It’s come around quite quickly,” said Murphy when speaking on the eve of the 2017 National Hurling League campaign.

“Everyone is looking forward to it. There are a lot of new faces on the panel, a lot of young players who got experience throughout the Walsh Cup.

“However, it’s going to be a big few weeks ahead,” he added. “We’ve Waterford to start the League and it’s usually after the third or fourth game that the panel is reviewed, so lads need to put their hand up if they want to be included after that and, from there, gain their own position on the team.”

People often talk about the competition that goes into making Kilkenny’s starting team, but the real hard work involves making the panel, to be part of that journey for the year ahead.

“Right now, anyone who is fit and able to train has to really be ready to stake a claim,” the Glenmore man pointed out when we spoke at the announcement of Kilkenny’s new sponsorship deal with Glanbia.

“When the clocks go forward and the evening’s get a little longer is probably the time when positions are claimed as you’re doing more hurling, but it’s this time, when you have to put in the hard work, when you gain your place on the panel.”

Losing the 2016 All-Ireland final didn’t act as an extra spur for players when they get back into training, according to Murphy. Win or lose, the goals never change.

“The motivation is the same every year, and that’s to win the All-Ireland,” he said. “I don’t think that’s different for any team.

“Naturally you take every game as it comes, but the Walsh Cup and the League are all about building momentum. Winning matches is a good habit to get into and the confidence that brings is great for the panel, especially the younger players.

“That doesn’t change from year to year, but it’s nice to be able to look forward to those challenges when you look at the season ahead.” 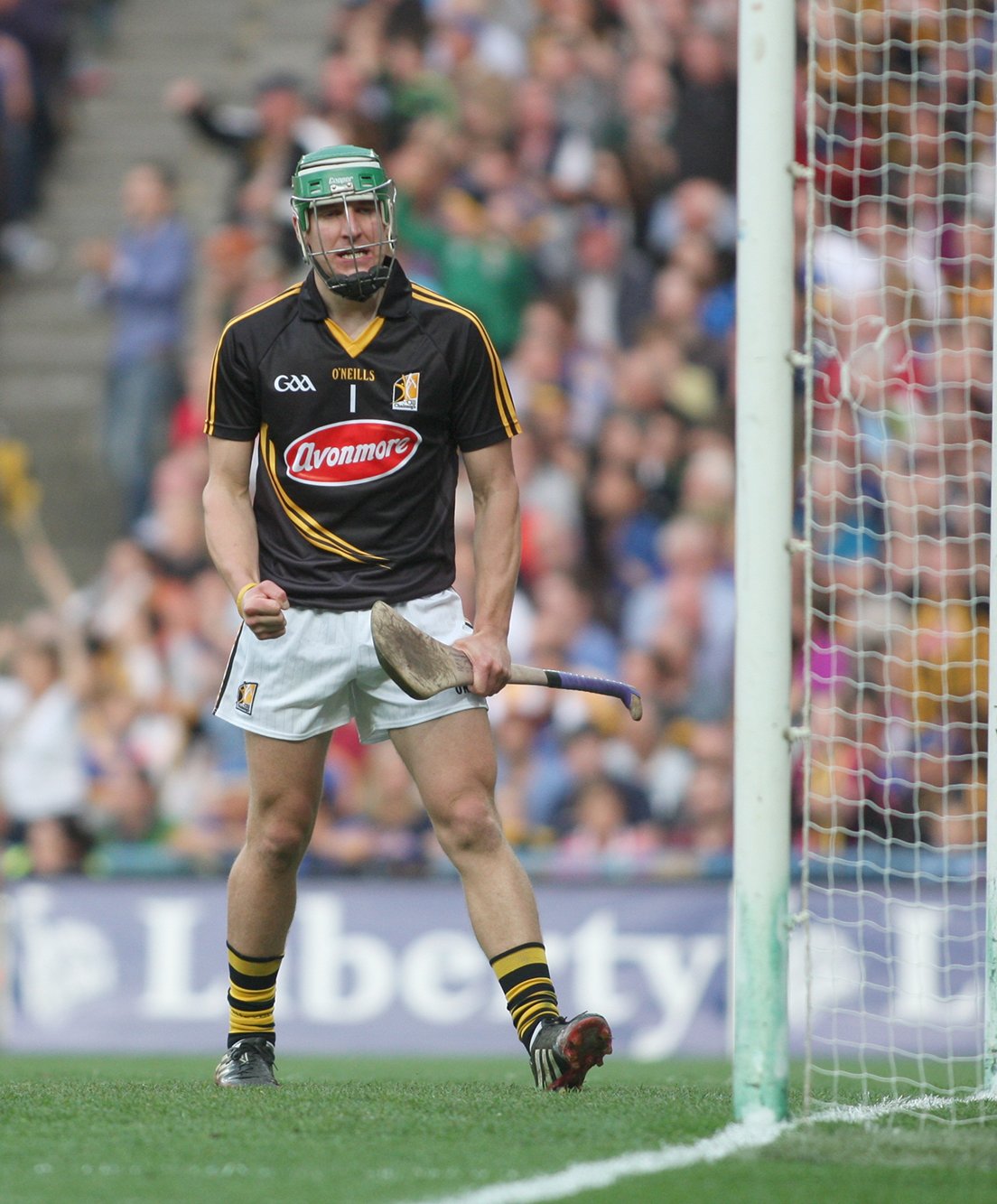 Given the speed of how quickly new challenges come, Murphy and his colleagues have had to quickly brush off the disappointment that came from September 2016 and get ready to go again.

“You can’t dwell on defeats too much,” he said. “The same goes for victories. You might have a couple of weeks off but you’re back in action with the club so quickly that you just have to move on. There is a team holiday at the end of the year, something you enjoy, but you move on so quickly.

“The League has come around already – the first six, seven weeks of the year have absolutely flown,” he noted.

“Another few weeks and you’ll be looking at the knockout stages of the League – hopefully we’ll be involved – so you know you’re not too far from championship at that stage.”

The pace of a hurling season always seems a little bit quicker when a team gets back into action from early on. While the Cats fielded a young side for their Walsh Cup opener with DCU, some of the more senior players were involved from round two.

“We played Antrim in Abbotstown, Westmeath in Mullingar and then Wexford in New Ross,” Murphy said, rattling off three early stops the Cats have already taken on the hurling road.

“That was followed by Galway last weekend, so when you have that many games from such an early stage it does quicken things up a bit.

“It’s great to get those games,” he said, (then added with a smile) “they’re something to look forward to, rather than those cold nights training in Dunmore!

“However, that training has to be done too. You have to realise that plenty of foundation work has to be done before you can even look at the knockout stages of the League or even as far ahead as the championship.”

The early work has resulted in a successful Walsh Cup campaign for Kilkenny. Coupled with the silverware, they’ve had two good games against Wexford and Galway, two teams who would have serious championship aspirations for 2017.

“The Walsh Cup final was probably more of a free-flowing game than the match in New Ross simply because conditions were a bit better,” Murphy said.

“There had been a lot of rain the morning of the Wexford game so the pitch was a bit heavier, but there was still a huge buzz about the county now that Davy Fitzgerald is involved. We know they won’t be too far off challenging for Leinster honours and that they’re always there to take a big scalp throughout the year.

“The same goes for Galway,” he said of last weekend’s opponents, whom Kilkenny beat to lift their 20th Walsh Cup (Murphy’s third such success). “They have been there or thereabouts the last few years and have been very, very competitive against us. We know what both teams are about, so to beat them with a lot of younger players gives us confidence. Still, we realise it’s very early in the season. A lot of work has to be put in yet.”

That hard work comes hand in hand with the competition for places. Even after so many high-profile retirements in the last few years, a group which was joined by Jackie Tyrrell and Eoin Larkin in the off-season, a new batch of younger players means the fight for those jerseys is as great as ever.

However, Murphy cautioned against trying to run before you can walk.

“You really have to get a place on the panel before you can think about the team,” he said. “We have some players out with injuries at the moment, while there are other guys who are playing with their colleges, so that gives a lot of younger lads – guys like Richie Lyng, Pat Leahy, my brother Alan - the opportunity to make it.

Lads can make their own drive for that place, which means it’s then up to the returning players to fight and get it back.

“Right now it’s all about getting your place on the panel,” he finished. “When things get narrowed down after the League you want to make sure your name is on that list.”