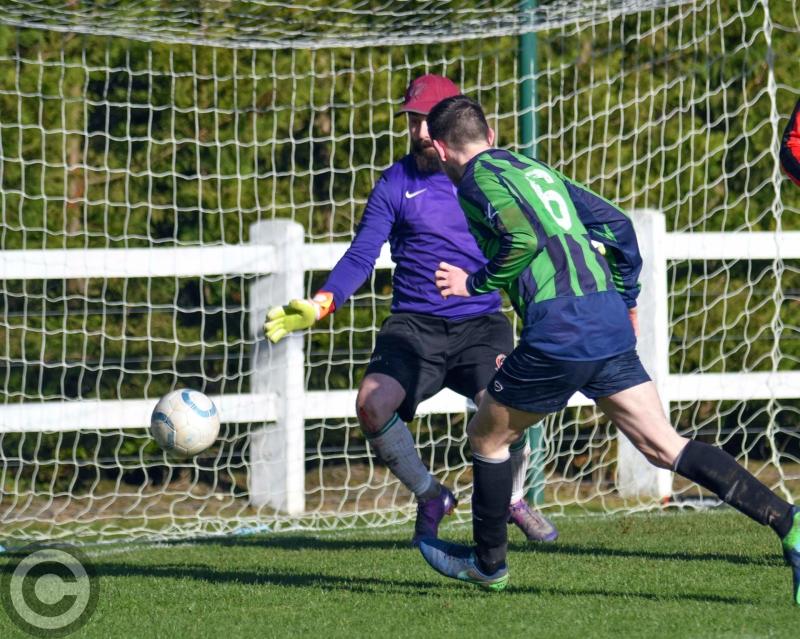 Things took several interesting twists and turns in Division One over the weekend, with clubs involved in strange results.

Top of the table Highview Athletic A missed the chance to put more daylight between themselves and the chasing pack when they were held to a 2-2 draw by Thomastown United B on Sunday afternoon.

It could have been a lot, lot worse for Highview, as they trailed the home side 2-0 at one stage. First half goals from Martin Murray and Adam Power seemed certain to give United a shock win, but they were hauled back by Highview.

Athletic rallied late on, striking twice in the last 25 minutes through Sheamie Kavanagh and Willo Flood as they grabbed the point that keeps them top, one clear of Clover United A.

It was a good day at the other end of the table too, as Bridge United bagged the win that saw them move clear of the relegation zone.

The Goresbridge side made it two wins from three when they beat Newpark 3-1 at The Fen, Eoin Kavanagh, James Bolger and Mick Brennan getting the goals that saw them trade places with Thomastown United B.

The Lions also took something for their efforts on Sunday, grabbing a point in a 1-1 draw with Fort Rangers.

It took some time to get going - kick-off was delayed 20 minutes to allow the pitch to thaw - but Fort were quick off the mark as Liam Forristal gave them a 1-0 lead at half-time. Having scored three straight wins since the start of the New Year Fort were good value for their advantage, but the Lions roared back, grabbing a point thanks to Michael Dooley's goal.

It was a great day for Castlewarren Celtic, who secured their second successive promotion with a 5-2 win over St John’s in Division Two.

The win, which came courtesy of goals from Sean Grace (2), Jordan Lowry, Caimin Brennan and Richie Harte, saw Celtic grab the three points that ensures they will finish out of the reach of third-placed Brookville.

Better yet for Celtic, the win showed the club has a bright future. Of the team who finished the game, five came from the club’s under-19 side.

There were similar scenes of celebration at Ballacolla, who secured promotion from Division Three thanks to a 3-0 win over Clover United B.

Elsewhere Evergreen 46 traded places with Highview Athletic B when they beat the Graig men 3-1 on the Kells Road. It was their first home win of the season and bridged a gap of four months back to their last success, a 4-3 win away to Thomastown United C on October 2.

Finally there was provincial heartbreak for Ormonde Villa as they exited the Leinster Junior Shield. The city side were pushed all the way before losing to Laois side O Moores 2-1 after extra-time.