'Shock thinking is all about getting their own game right

They lost before, but outfit mean to do better this time 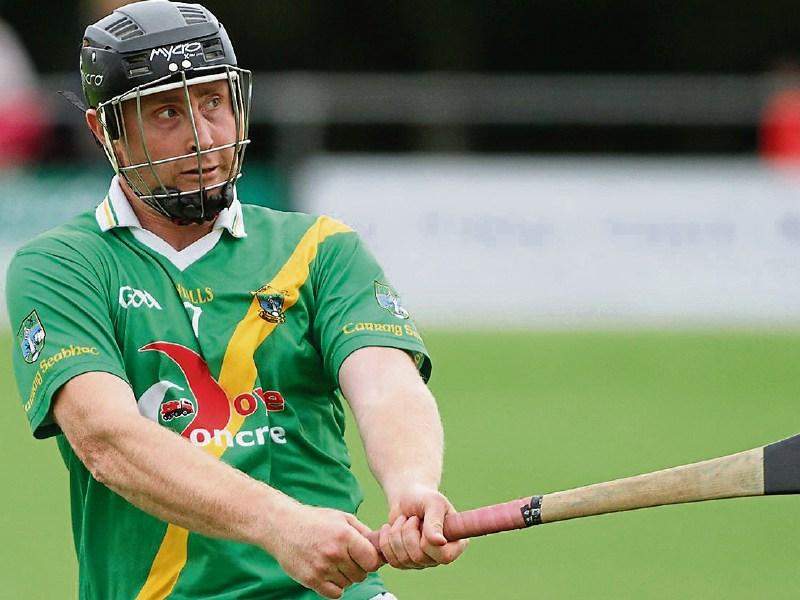 John Dalton - he has played in Croke Park with Kilkenny

The fans can enjoy the novelty and excitement of the big day out in Croke Park, but for the players nothing matters but the match, Carrickshock have been warned.

“There is no point in being there if you don’t win. It is all about winning,” insisted Carrickshock manager, Tommy Shefflin, as the Kilkenny champions wound down their preparations for Saturday’s All-Ireland club intermediate hurling final against Ahascragh-Fohenagh (Galway).

The club finals, intermediate and junior, have been glamorised by playing them in Croke Park, but Mr Shefflin and his fellow selectors, Pat Fennelly and Larry O’Shea, have been hammering home the message that ‘what’ not ‘where’ is THE thing concerning Saturday’s All-Ireland final.

The ’Shock walked this path before and contested the first intermediate All-Ireland club final in 2005 when beaten by Kildangan (2-13 to 1-13) in Thurles.

That was a long time ago, but some still consider it a big chance lost.

Now Carrickshock have a second opportunity to write their name on the Roll of Honour, and becoming the sixth Kilkenny club to take the title.

All the work has been done. The players are grand, we have been told, and the next few days will be about getting the focus right.

Former Kilkenny star, Michael Rice took a knock on an ankle in the semi-final win over Robert Emmetts (London). John Power encountered a problem with an already painful shoulder and neck injury.

Both should be okay, as should Michael Rohan and Shane Power who are nursing slight hamstring and ankle problems.

“These finals in Croke Park are a great day for the smaller clubs, if you want to describe them as such,” Mr Shefflin said. “Okay, this is not the big final, but all you can participate in is what you are in.

Nice to be there

“Last year I was watching Glenmore and Bennettsbridge play in the club finals, and at the back of your mind you’d be saying it would be great to be there this time next year. Now we are. I didn’t say that to anyone at the time, but you would be hoping.

“We are there now. This is our chance, but there is no point being there if you don’t win. It is all about winning.”

For the players, he continued, it shouldn’t matter, to a degree, if the match is in Carrigeen or Croke Park. The objective has to be to prove they are the best.

“It is great for the club, parish and community to have their team playing in Croke Park, but the concentration has to be on winning,” he added. “You have to perform. If you perform to your ability that will take care of a lot of things.”

It was a fine line, he insisted. The players can be excited about the whole thing, Croke Park and all, but this one game was about performance, and nothing but performance.

Carrickshock have used the County Board’s training facility at MW Hire Park in Dunmore because it is similar in size and playing surface to Croke Park. They are ready.

They have experienced galore, with players like Richie and John Power, Michael Rice, John Dalton, John Tennyson and former Offaly star, David Franks, all well versed in the ways of the big venue they are about to enter.

“Our big name players have been our leaders, and I would expect them to be to the fore again on Saturday,” Mr Shefflin suggested. “They talk to the boys. They help them through. They advise.

“It is about winning your own personal battle. The players can tell themselves they are going to mark a man, and if they can get the better of him, then the team has a chance.

“If 14 out field players can do that, then you will win the match. It is as simple as that.”

So what about the opposition?

Carrickshock officials spoke to Lismore (Waterford), who were beaten by the Galway side in the All-Ireland semi-final, and they gathered information in other quarters too, but they didn’t get hung up on all that sort of thing.

Get own game right

“We are concentrating on getting our own game right,” was the simple message from the ’Shock boss.

Taking on the various challenges in this championship has been a steep learning curve. One of the things Carrickshock learned on the road through Leinster and into this final was you could over do the effort of trying to work out how the opposition might play.

“The first thing is you have to get your own game right, so that is what our concentration has been on,” Tommy explained. “We know we have to match Ahascragh-Fohenagh’s  work-rate and intensity, but we have to be playing well as a team too.

“The Galway champions  have earned the right to be in the final, so Carrickshock will show them absolute respect.

“If we worry too much about them we are taking our eye off the ball a bit,” he suggested.

“You can waste too much energy trying to work out the opposition rather than concentrating on getting things right in your own camp.

“That was the biggest thing we learned during this campaign as a management team.”

He said teams were always looking for the perfect performance, be it on county final or All-Ireland final day.

“That is the day for us to show what we have, what you are made of,” he insisted. “There are times luck plays a part. We enjoyed a few lucky breaks in Leinster, and against Tullaroan in Kilkenny.

“You have to make you own luck too. If you don’t stay trying, things won’t happen. Our lads do that, they keep chasing and chasing as they did in the Leinster final when winning with a terrific late charge.

“They have reacted well to all the challenges of the championship. On Saturday we will be chasing the perfect performance.

“At the end of the day we wouldn’t care it  ended five points to four if we  win.”

The Kilkenny champions were offered a pre-final tour of Croke Park to get a feel of the place, to see what the dressing-rooms and so on were all about. They declined. They decided to use the time to train instead.

“We have enough of lads who have played there,” Mr Shefflin explained. “They can help the others cope. We were offered a tour of Croke Park and to train in Abbottstown.

“If we are focussed enough, the players should be able to get on with the hurling business,” the manager felt.

“Saturday is first and foremost about the team performance,” Tommy continued.

“The players know in what direction their thinking should be aimed.”