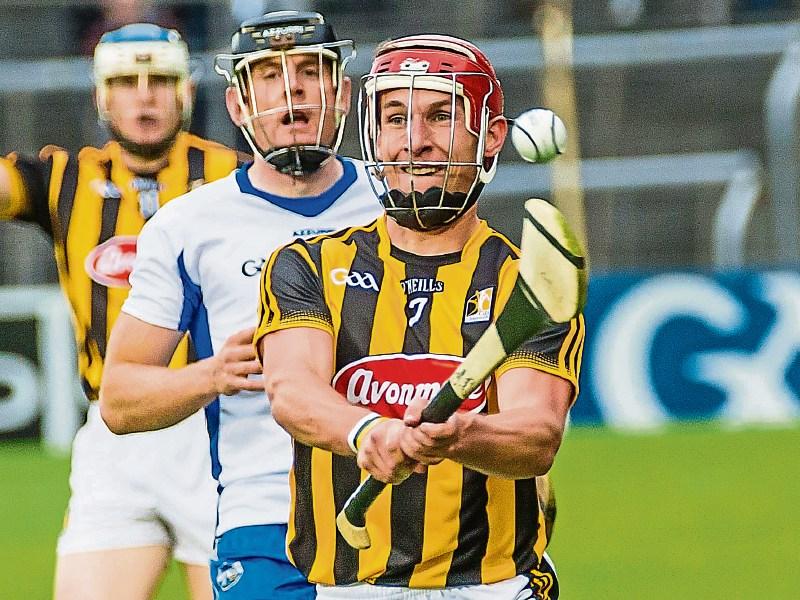 Cillian Buckley he and his colleagues face tough task in Ennis

And a defeat is marked down as an error.

Consequently, Kilkenny and champions Clare will be under a bit of pressure when they clash in round two of the Hurling League in Cusack Park, Ennis tomorrow (2pm).

A second defeat, or error, would pile the pressure on the losers and talk would begin to revolve  around the issue of relegation rather than winning the competition.

In recent times two wins have been enough to help a county sneak through to the knock-out stages, but similarly, two wins have left others struggling against the drop back to Division 1B.

Hence the talk leading on from a tight league format  that offers counties a mere five preliminary round matches.

Of course, until the complete set of second round results are known the outlook will be very unsure, but both counties know the score - another defeat can leave you in trouble.

There are no easy options there, but  facing Clare in Ennis is most certainly one of the most demanding assignments for any visitors.

“It is tough going to Clare,” admitted Kilkenny manager, Brain Cody after Sunday’s reverse against Waterford.

Both will have three preliminary round matches left to play, and with All-Ireland champions Tipperary in the mix for Kilkenny, you can begin to see the difficulties that might lie ahead as they look around for point gathering opportunities.

Cody admitted that Kilkenny will operate off the same 26 man - actually 25 -squad that did duty against Waterford.

Former All-Ireland winning captain, Lester Ryan, will be out of action for weeks if not months following an emergency operation on Saturday to have his  appendix removed.

There will be no quick return for Colin Fennelly (recovering from surgery), Ger Aylward (building up his fitness) or Mark Kelly (hamstring).

And former Hurler of the Year, Michael Fennelly, is still months away from being involved at inter-county level.

The big thing from Sunday’s defeat was that Waterford bordered on bullying Kilkenny at times.

Young Pat Lyng showed real defiance, as did a few others, but you could see a ’man versus boy’ situation at times as the game Rower-Inistioge lad fought against older, bulkier opponents.

That is the way the game has gone now! You don’t step up any more from being a minor and perform on the big stage.

Lyng was game. He was good. But others will have to do  the heavy lifting to help him and other new lads progress.

For all Kilkenny’s defiance, and unwillingness to admit they are in a period of transition, that would appear to be  where they are.

There is no shame in that; not after what was won over the past 15 and more years.

That doesn’t mean Kilkenny can’t be a top four side later  this season.

Very possibly they could be. Right now patience is required among fans as a new panel is sorted, and some sort of shape is put on the  team.

Sunday was a step up in class, the start of the real  business of the season, however.

Waterford, it is expected, will be among the contenders on all fronts this season. Losing to them wasn’t sweet, but the damage is not beyond  repair.